Last night I stayed in the house that I had lived in for thirty two years. As I was already in the area and I was bringing Mum to the hairdressers the next morning, it made sense to stay. I slept in my daughters old room, handy, because it is right next to the kitchen!

When I awoke at eight the following morning, I decided to slip into the kitchen and make myself a mug of coffee and go back to bed for an hour. As I got up, I noticed the sky. I had forgotten what winter sunrises were like here. The house faces east. I love the sea and know I cannot live far from it but there is something about seeing the sunrise over rolling hills and the trees silhouetted in the foreground. 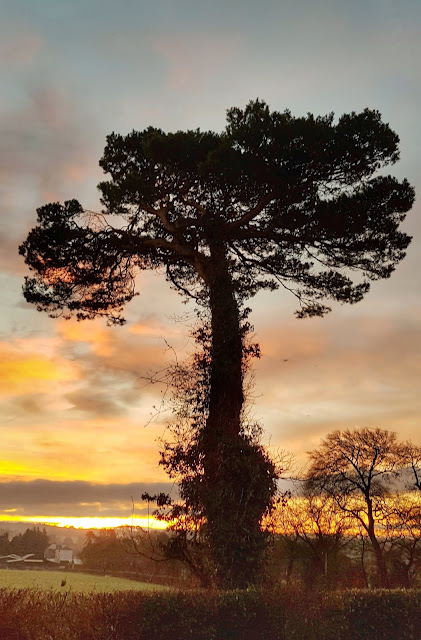 Not wanting to get dressed, I donned my boots, I had been warned to wear them anyway. Luna is not yet house trained and walking the kitchen floow in bare feet is not to be recommended. I pulled my coat on over my nightie and regardless of the bare legs went out to capture the dawn. 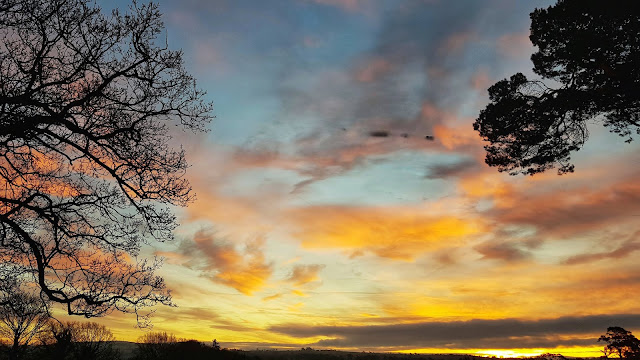 Luckily there were not too many neighbours passing  or they  have might have been tempted to send for the men in white coats. The dressed in coat and boots and bare legs climbing on the ditch to get the best shot above the hedge was enough to raise a few eyebrows. Cilgin Kiz indeed. 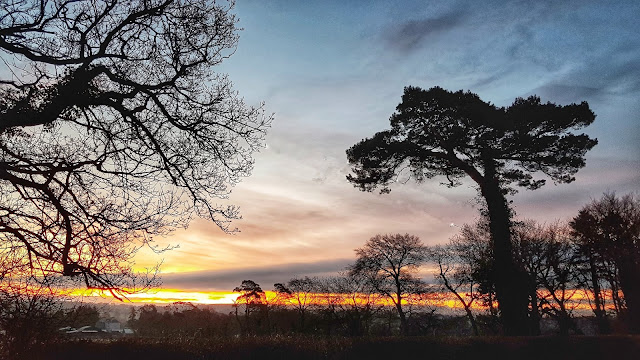 Happy that I had my "photo of the day," or even more than one,  I wasn't going to have to bother my "wrinklies" by asking them to pose. As it turns out, G was still not well enough to join us. Therefore the remainder of the gang headed for Mary Barry's Pub where an enjoyable lunch was had by all. Mary Barry's is too far away for G. On the days she joins us we eat in the local golf club.

The weather had disimproved rapidly. The beautiful sunrise had turned into a wet grey day. However some days just never stop giving and this Tuesday was one such day. As we walked back to the car, I noticed the sun setting behind the church. I settled my ladies into the car and they watched in astonishment as I began to walk to the road. When my cousin figured out what I was up to, she also jumped out of the car to catch the same photograph. I now had the perfect pair. Sunrise, sunset! 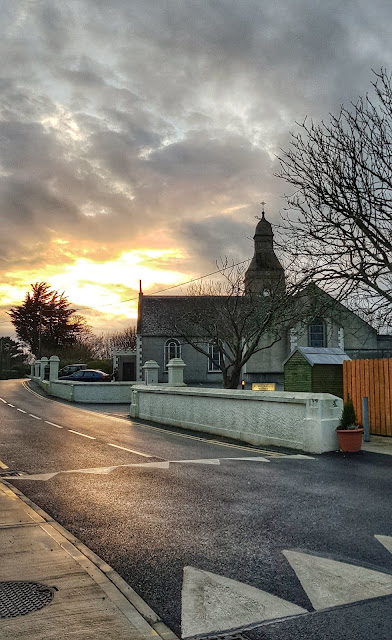 Posted by Maryhocam at 3:14 AM No comments: 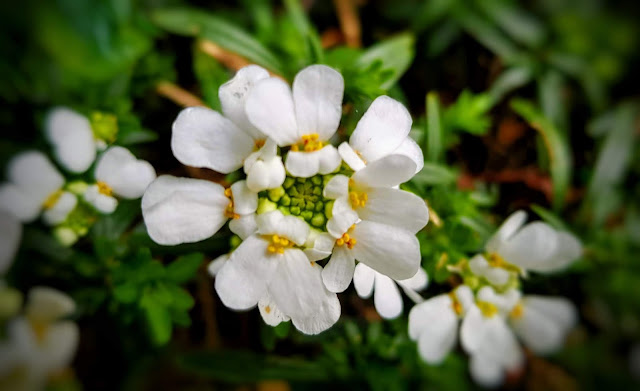 Posted by Maryhocam at 8:48 AM No comments: 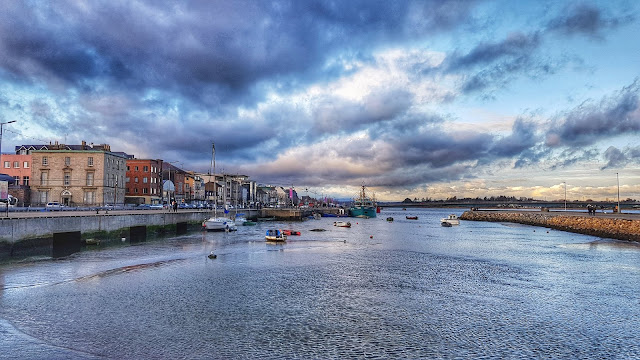 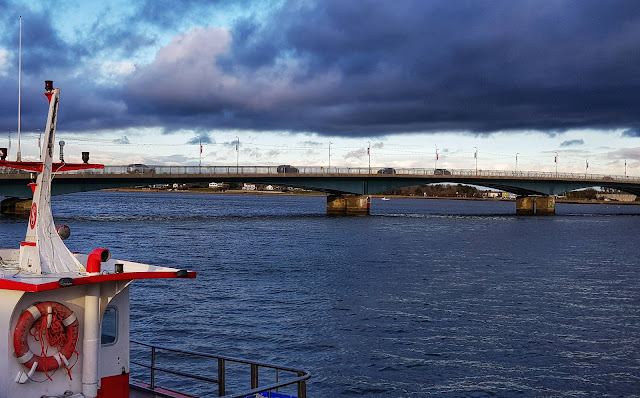 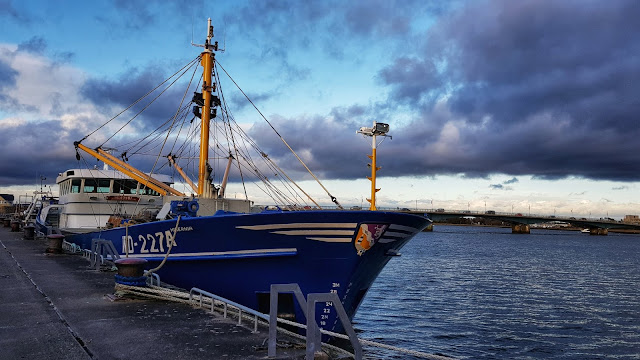 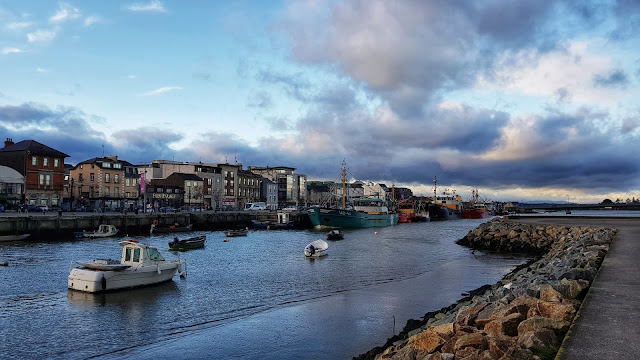 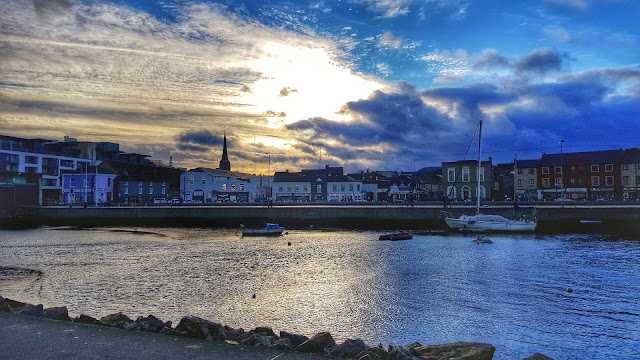 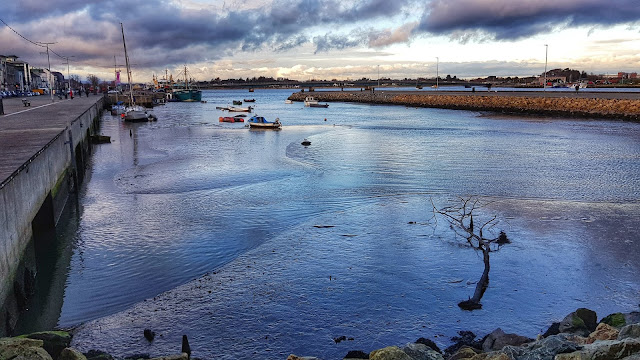 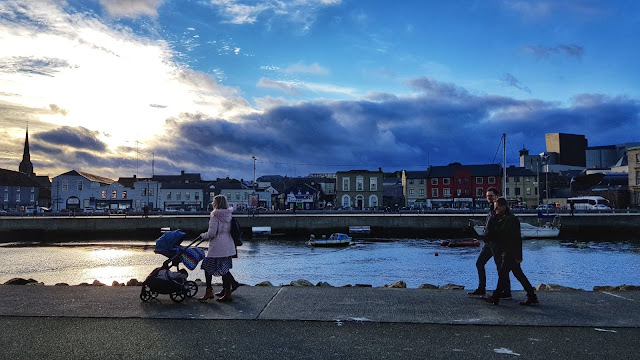 Posted by Maryhocam at 1:12 AM No comments:

Sometimes few words are necessary. I am leaving this one to Rumi.

"If light is in your heart, you will find your way home."
Rumi.

Posted by Maryhocam at 9:34 PM No comments:

Though not a tea drinker, it is always to be found on my kitchen counter. In the past, when I drank neither tea nor coffee, it had to be within easy reach for my friends who learned to put on the kettle themselves if they were in need of a cuppa. Times changed, I came to love my mug of coffee. Now I am the one to put on the kettle, as soon as I hear a car draw up.

In Turkey I learned how to make tea in a çaydanlık, the double Turkish teapot. . My first effort was not appreciated. However I was only informed of this on my second attempt. I was then given a lesson in the art of brewing the tea properly.

Later a çaydanlık was brought from Kavaklidere to Ireland. It travelled half way around this country when Mr. Man came to visit. It was greeted with joy by visiting Turkish teachers during a Comenius project visit.  For them their proper glass of tea was a basic necessity.

Continuing in the spirit of fusion,  Darjeeling tea brought from India was recently brewed in my Turkish teapot!

Posted by Maryhocam at 8:39 PM No comments:

One of the greatest pleasures in my life is to prepare a meal for the people I love and then have them sit around my kitchen table chatting as we enjoy the fruits of my labour.

Today, I wanted to prepare a meal that would represent me. As my guests were from overseas it should represent my Irishness. But of course even though I am Irish born and bred, part of my soul remains in Turkey.

It has been a long time since I made Beef and Guinness stew, first made for a Comenius project meeting. The ingredients for my Irish dinner went into my Turkish copper pot, handmade in Kavaklidere. They were laid out in advance on my wonderful board, a slice of olive wood from Birgi. Each item has a story of it's own, but here on my table, they have all come together.

All I need now is my dinner guests to arrive. 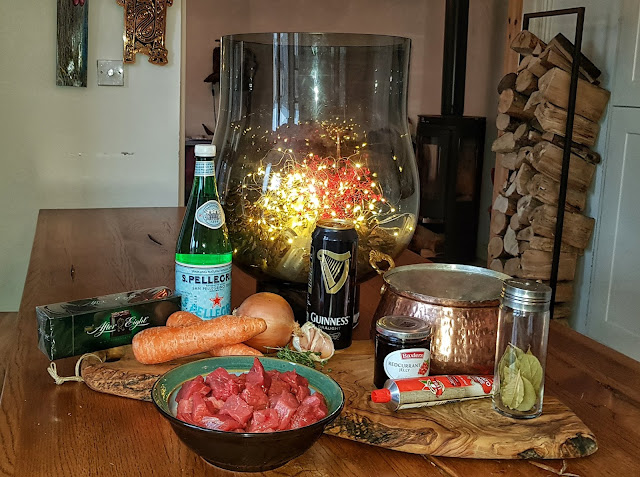 
When everything is moving and shifting, the only way to counteract chaos is stillness. When things feel extraordinary, strive for ordinary. When the surface is wavy, dive deeper for quieter waters


Posted by Maryhocam at 9:16 AM No comments: