Tuesday morning I went down to Gulsum. The wedding was finally beginning this evening. I needed to find out what the format was.
When I arrived Gulsum and her Mum were busy. Her house is divided into two apartments and the tenants of the downstairs apartment had moved out. They were busy getting this ready in case the evenings were cold and  guests might want to sit inside.
One room was set aside for the cook. As usual I didn't think of taking photos when I should have. There were sacks of rice and chick peas in aditio to gallons of oil, litres of water and rakı. İ was informed that it is usually only  at the grooms home that alcohol is proffered.
Food would be provided here for two days and at the brides home for three. Generally the groom's guests eat at the groom's home and the brideis at her home. The two groups will only come together in the evenings.
In the meantime there was work to be done. Gülsüm was struggling to connect a soba, a woodburning stove to the chimney. The soba is the most common form of heating in Turkey. They are assembled in winter and taken down and put away once the weather warms up in spring.

The flue for the chimney didn'tseem big enough for the pipe. Gülsüm was balancing precariously on top of the soba, banging on the pipe to make it fit. Pieces of plaster started to fall. Even though she lives in an all male household there wasn't a man in sight. İ suggested İ give Metin a ring. Within ten minutes he had arrived, unblocked the flue. There was a build up of soot and this was why there was a problem. He was not escaping that easily though, there were suddenly several other jobs that needed to be done and he was a man with a toolbox who knew what he was doing.

A short while later Olcay arrived home. He supervised us as we cleaned and got the place ready. Metin went off to buy parts to fix the built-in bidet in the toilet. Most toilets in Turkey have a built in faucet at the back of the toilet. And he thought he was just coming to connect the soba!

In the meantime we went upstairs. The cook arrived and Gülsüm realised that she had forgotten to buy garlic in the market the day before. Luckily it wasn't too late to go to the market in Gölköy. İ offered to drive her.
She had already spent over $300 on vegetables the previous day. An enormous amount considering that a kilo of tomatoes can be bought for just over a euro and onions for less. There was  some hard bargaining done as leeks and parsley were added to the purchases. These were to be delivered with the rest of the
vegetables later.


The afternoon was spent in preparations. İ drove Gülsüm, her eldest son's fıancee and her fıancee's mother to the hairdresser, where their hair was tweaked and twisted into elaborate updos and curls.

İ sneaked off home for a couple of hours and then the main event began. This night was fairly low key. We went to the bride's home or should I say in the communal space between several houses.  Tables and chairs were laid out in the garden and a chef was on duty here.  Metin and İ sat down to eat.'İ was glad to have some company as Gülsüm was busy with family. Trying to follow the format, İ asked at what stage would the formal wedding take place. İmagine my surprise when İ was told the  'nikah' the formal civil wedding usually takes place a week or so before the 'düğün' the wedding celebrations. The henna ceremony would take place the next night and the takı, the pinning o of the gold and money would take place on the last night.

Once we had eaten however Gülsüm arrived over and said we were now moving down to the lower level where the dancing was to take place. Metin got up to come with me but was told to stay with the men! The grooms female family and friends sat together and so did the brides. Though the two families knew each other well there was not much conversation between them. İ was aware of pre wedding tensions between the families but thought that now that dowry and where the couple were going to live had been decided that the worst of the tensions were over.


The dancing began. The bride had appeared dressed in red. This was the first of four outfits she would wear over the course of the wedding.  First of all the ladies began dancing. They danced in small groups of four or five. These were traditional dances and were not about getting up and joining in. When each group finished another group got up and did the same thing, followed by the original group doing the same thing again. İt became slightly repetitive, as sitting in the dark the evening got progressively cooler. The beautiful style of the close family was soon being covered over by shawls and winter jackets, only being removed when it was time to dance.

Metin appeared, handed me the car keys and said he was leaving. He was freezing and his bed was beckoning. İ watched him go enviously as İ was also feeling the chill and hadn't come prepared. Thankfully it was time for everyone to dance and İ was able to get up and move about. İ pitied the ladies in high heels who had to dance in rough ground. İ take off my hats to them for their agility in staying upright. İ can't manage heels at the best of times, what wpould they have been like here. 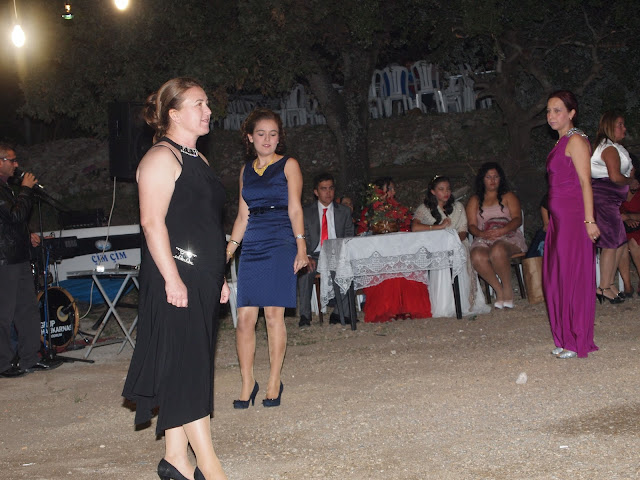 Then it was the men's turn. 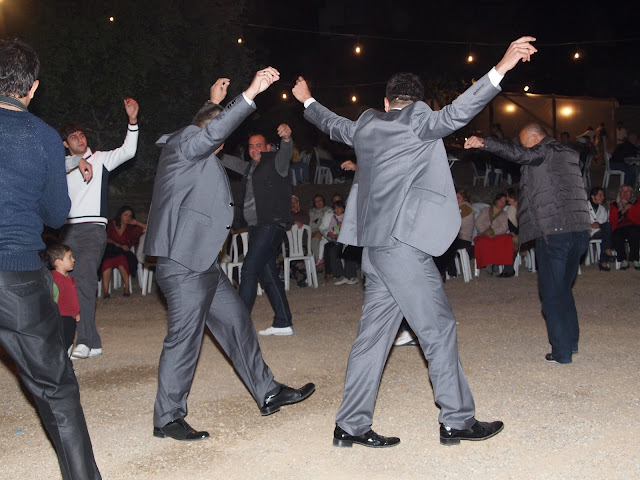 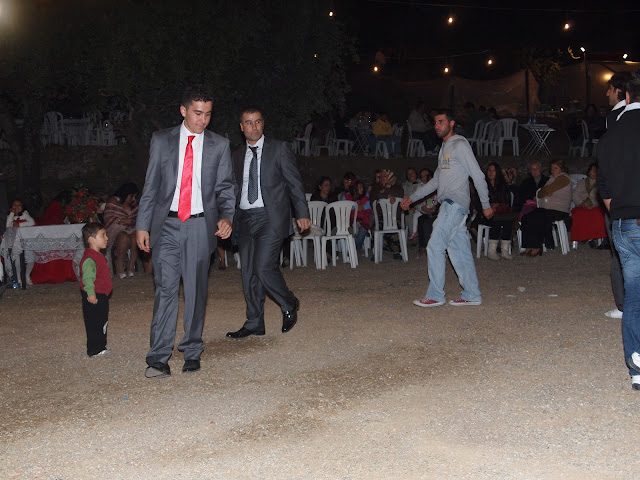 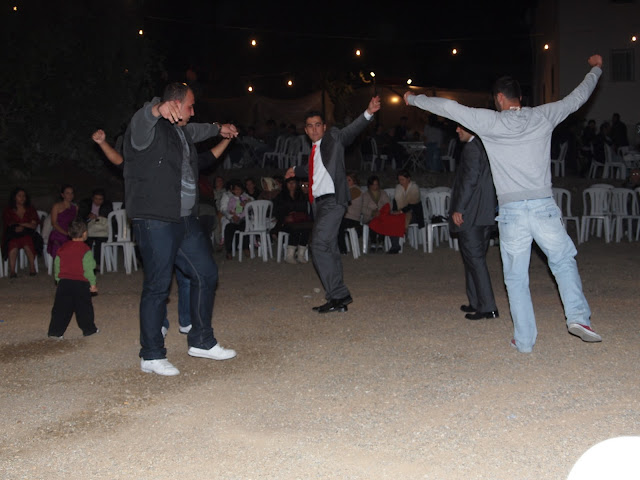 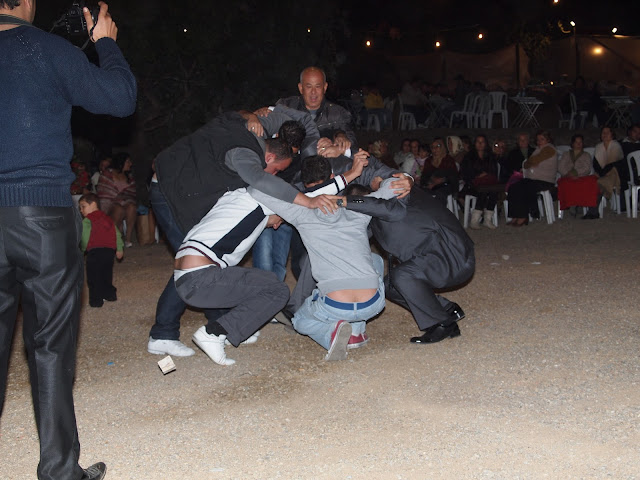 I looked around me and noticed that many had left. I pulled my phone from my bag and told a little white lie. I have two more nights of this so I didn't feel too guilty. I made my excuses saying Hubbie had rung me couple of times and I needed to return to the house.

I made my way back to the car and headed for home. In spite of the time I made a nice big mug of coffee. I needed to warm up, then I headed for bed with a good book. Tomorrow will be round two

Posted by Maryhocam at 5:52 PM