Todays post invites you to Cappadocia. Located in Central Anatolia it is the most amazing place I have ever been and I would return there in the blink of an eye. 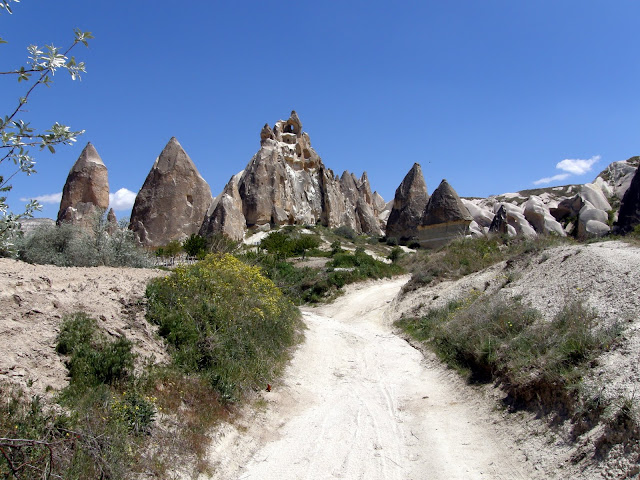 I first heard of Cappadocia or should I say Cappadocians when I was a child going to Sunday Mass. St Paul wrote several letters to the Cappadocians. I never dreamed then that 40 something year later I would fly over the place in a hot air balloon. 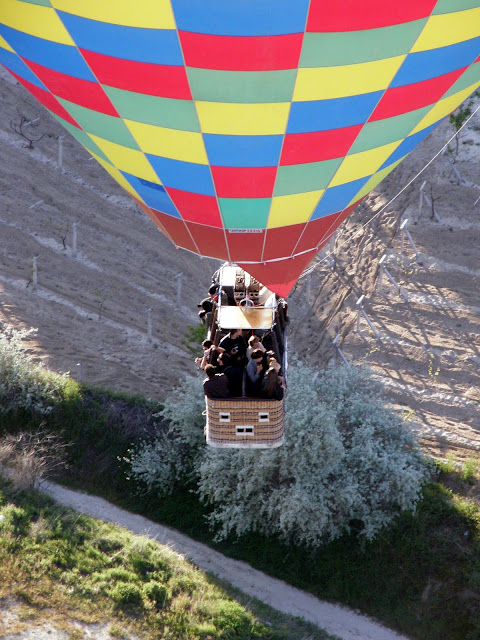 Cappadocia or Kapadokya as it is in Turkish is a unique landscape. It is a major tourist attraction. It is the land of the fairy chimneys. The area was formed by the volcanoes, Mount Eriyces, Big Hassan Mountain and Little Hassan.
The volcanoes began erupting about 14 million years ago and continued up to about 8000 years ago. 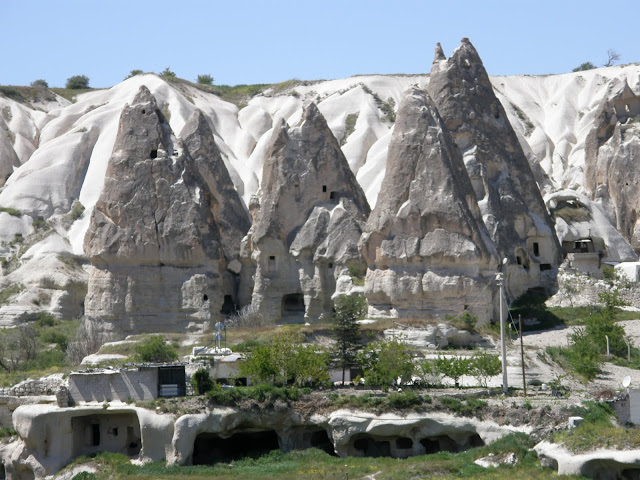 The solidified lava flows and tufa or tuff stone formed a natural plateau that was then crisscrossed by  deep valleys caused by erosion.
This erosion caused the formation of  "fairy chimneys" as the tufa weathered faster than the harder layers of basalt underneath. The fairy chimneys are so called as the ancient people believed they could not be formed by humans, and as fairies lived below ground, these formations must be their chimneys. 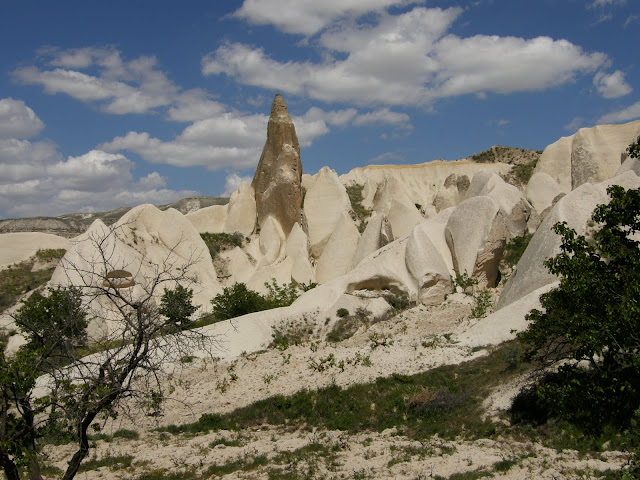 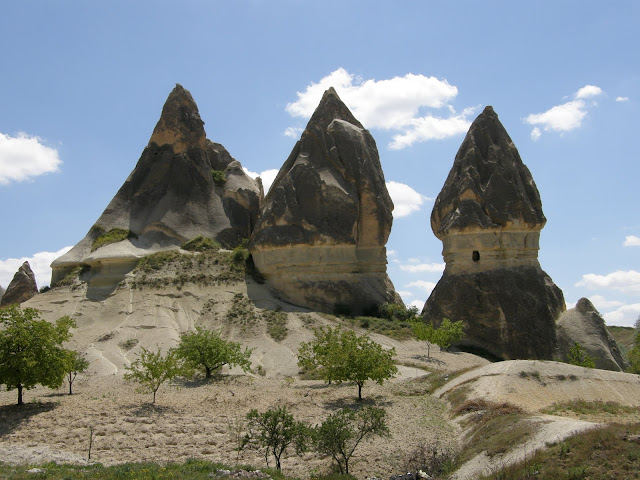 The tufa was easily worked and so many cave dwellings and churches were cut into the rock and the valley walls. These are still to be seen today. The church walls were decorated with frescoes, some simple, some infinitely more complex. 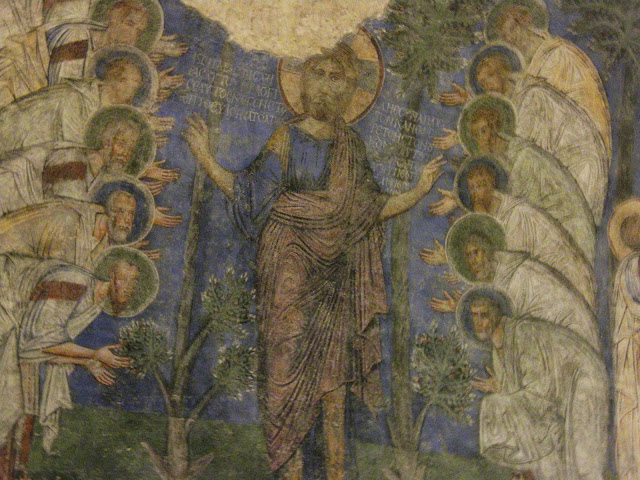 Goreme Open air Museum is an area where there are several of these churches located together. The Byzantine frescoes date from 900-1200 AD. Most are in a very good state of repair though most of the figures had their eyes gouged out by superstitious locals who lived in fear of the "Evil Eye" Also you can see Dove cotes carved into the hillside as the whites of the pigeon eggs were used as a glaze. 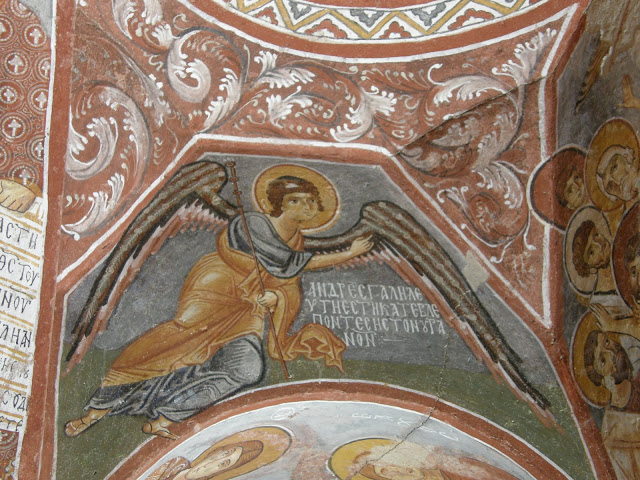 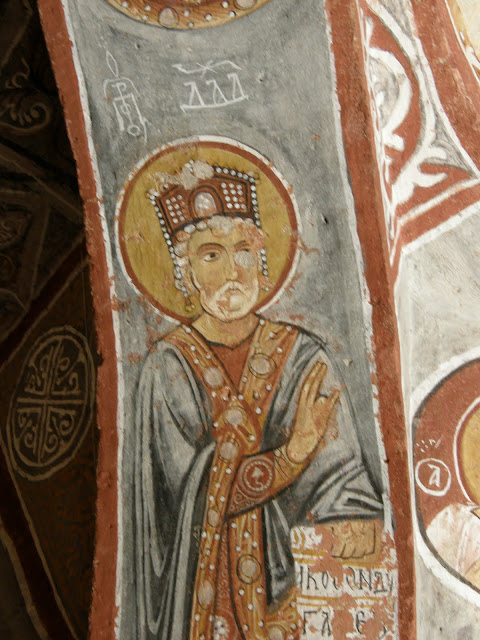 Many of the cave dwellings have been turned into high class hotels and into panysions. When we visited we stayed in the Kelebek Hotel. Our cave room was wonderful and missing those mod cons like TV and telephone. A perfect retreat.


There are also approximately 15 underground cities in Cappadocia. Some are huge complexes 8 levels deep like the one we visited in Kaymakli.  Four of these levels were open to the public. Each level could be sealed off with huge millstones. 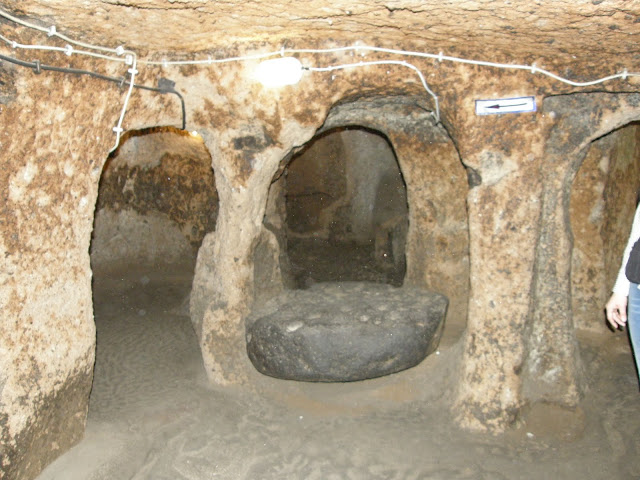 The top level was used as stables. It is thought that people did not live permanently in these underground cities, rather they moved underground in times of attack and may have lived there for months at a time. The complexes include separate areas for each family, wineries, churches, kitchens etc. 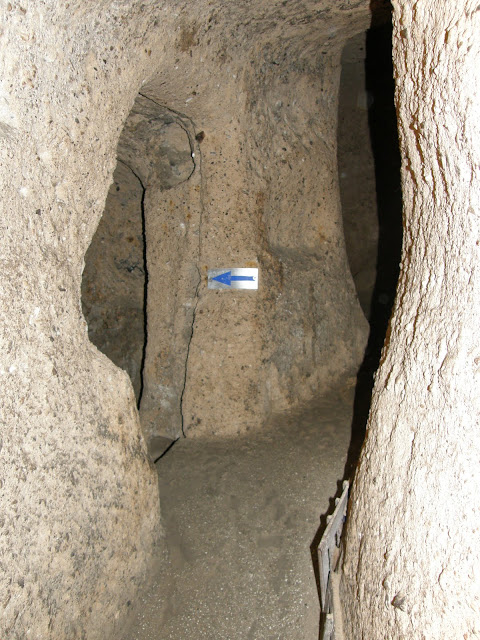 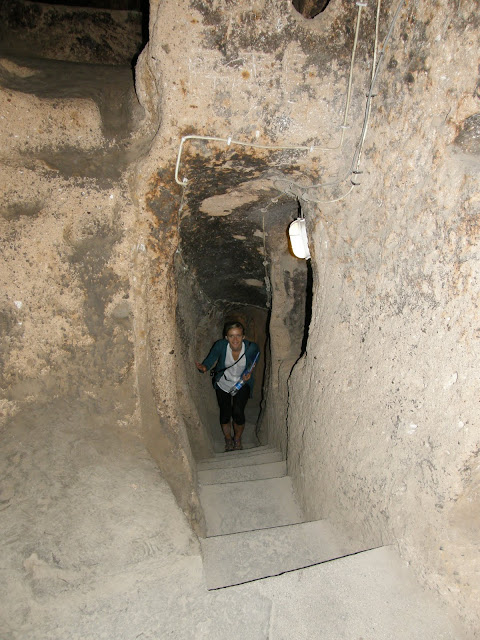 The caves stay at a constant temperature of 15 degrees. Cappadocia produces up to 30,000 tons of seed potato every year. The caves because of their constant temperatures and low humidity are eminently suitable for storing the potatoes.  A modern day use for the ancient formations. 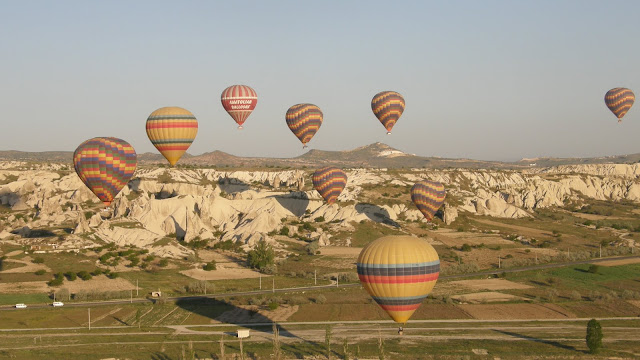 No trip to Cappadocia would be complete without floating over the area as the dawn breaks. It is the best way to view this fascinating, voluptuous landscape. 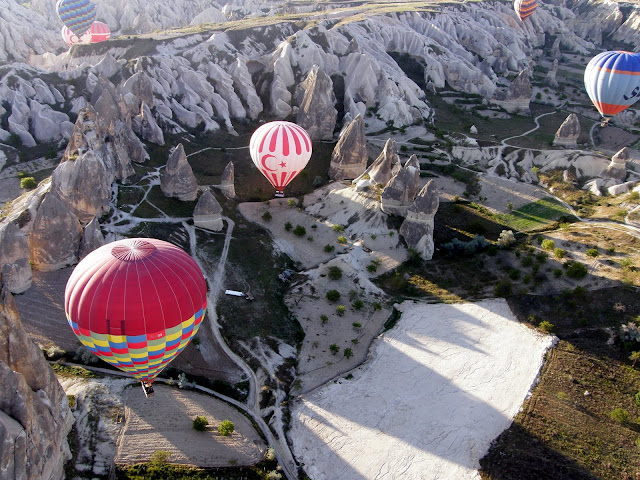 To see more  V posts click on the link to visit ABC Wednesday.

Posted by Maryhocam at 9:03 PM