I attempted to get back to blogging a few months ago and once again I got sidetracked. It must be the same syndrome that hits when I say I am on a diet, I eat all around me. I say I am going to restart my blog and I don't get near it. Now when I want to lose weight I don't say I am on a diet, I just eat healthily and less. I want to start blogging again, but I'm not going to say I am back, that seems to be the kiss of death, a sure way to make sure this would become my last post for another few months.

So what distracted me? I came back to Bodrum in November to "winterize" our summer house. It is a lovely house in summer but it is colder inside than out, in winter. It was time to install central heating, a fireplace and a new kitchen. It was also time to get rid of the laminate floor that I hated since we bought the house nine years ago and replace it with tiles. I would have liked a proper wooden floor but that would not be practical in my kitchen.....I am a very messy worker. I didn't want to break the flow of the kitchen cum living room by splitting the floor covering.

I could write a very long post about the trials and tribulations in the process but you don't have time to read it all. I camped out in the bedroom for 2 months. The photos that follow explain all.

When I was here in October the house looked like this. 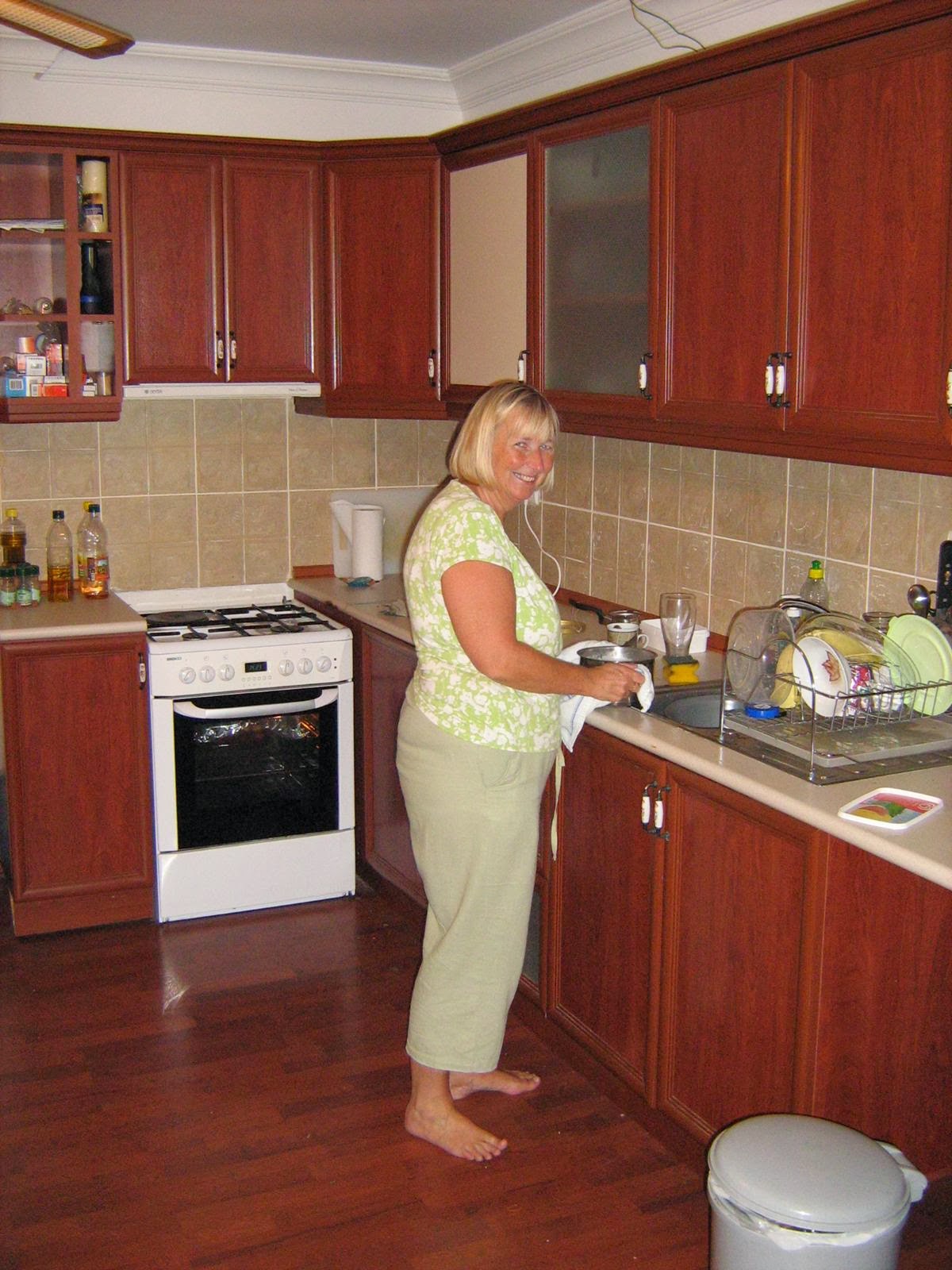 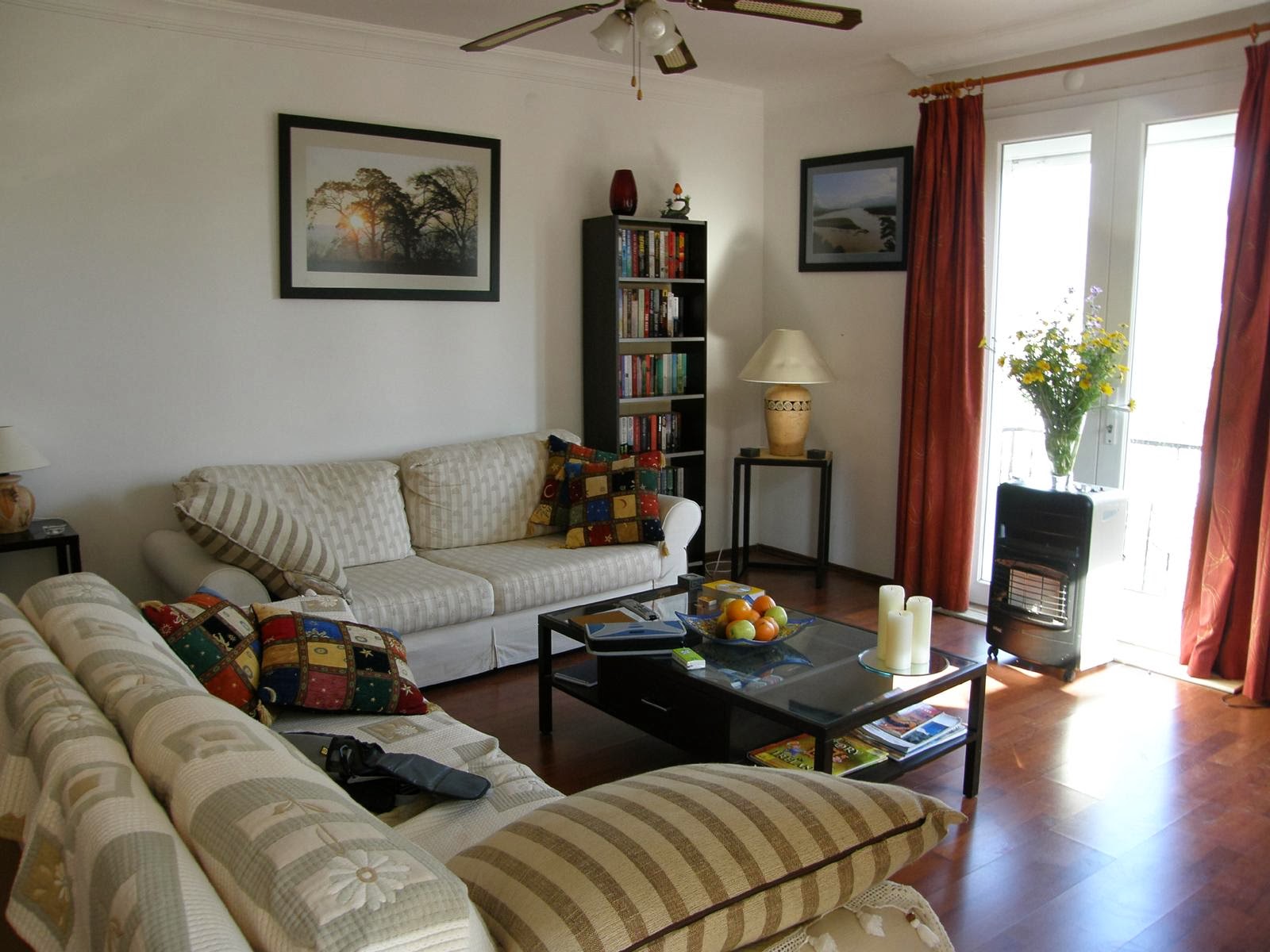 When I came back in November it looked like this: 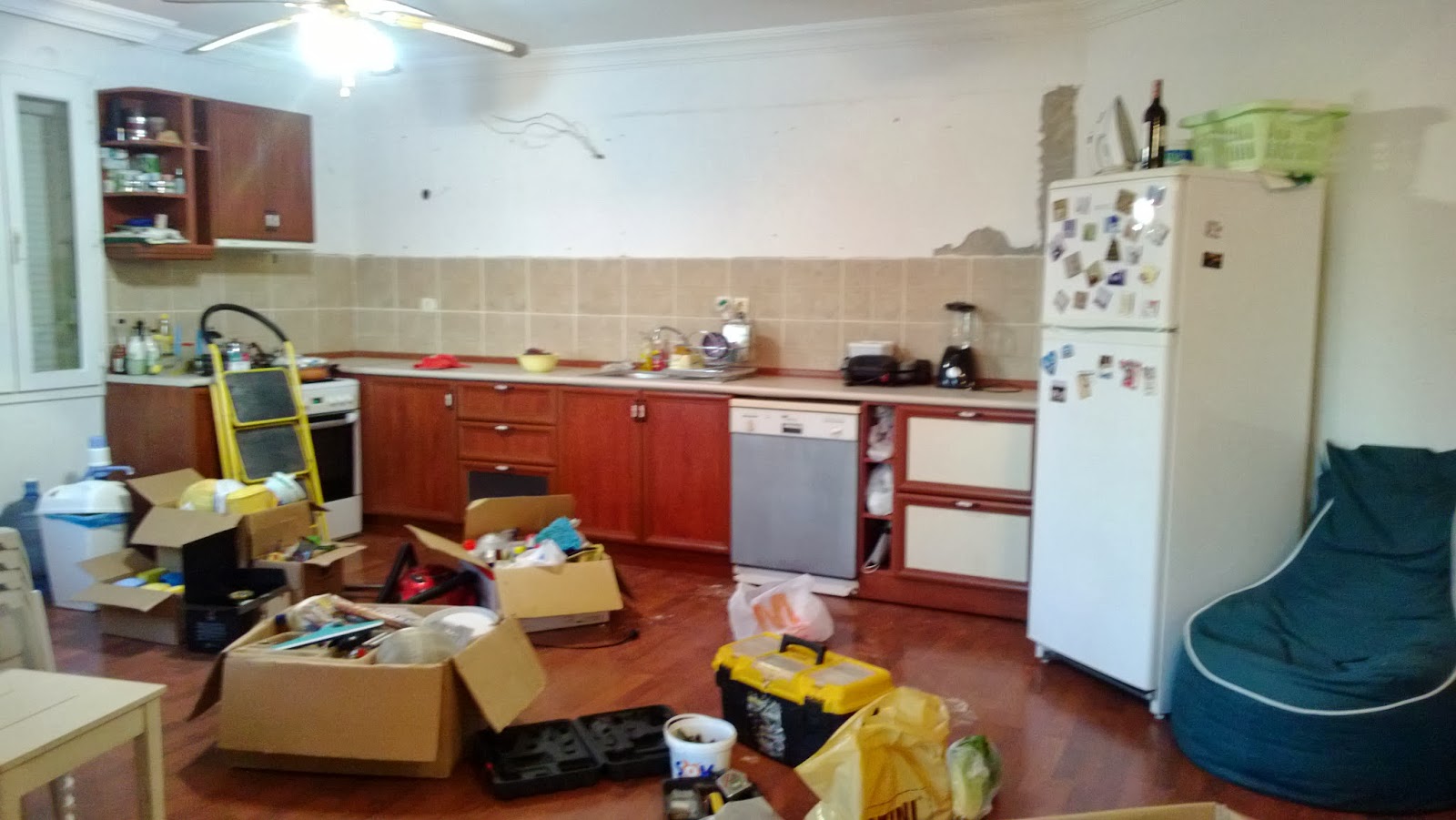 Then the laminate came up and would you believe it, there were tiles underneath it all the time. Eight years ago, one year ago, I would have been delighted to discover them but now they caused a new dilemma, could I justify buying the new tiles I had picked out. The brother was here and he told me I had spent 8 years looking, and more to the point, cleaning, a floor I hated. It was time to put down the one I really wanted.

I promise the reddish tint on the floor is not builders blood, even though I was getting tired of the chaos.

My brother recommended an air to heat pump. There was existing piping but no radiators. It is recommended to use aluminum radiators with the heat pump. They added €3500 to the price. We had lots of issues with the system when installing. The walls had to be broken to fit the connectors on the radiators. So I had to have the walls partially replastered and painted. When the radiators finally arrived, six weeks after they were ordered, I noticed the workmen standing around. Problem....oh just a small one, the connections on the radiators were  53cm apart, not 56cm as the catalogue stated. The walls had to be broken again! In addition the coil in the tank was not sufficient to keep the water to the required heat. So out with the new tank to be replaced with yet another one. I will give the company Mahkel their due, they kept working at the system until it was working well. I am now warm and toasty, wearing a teeshirt inside instead of a fleece. I am just waiting to see my electricity bill to see if it is cost effective.


Then came the kitchen. Believe it or not, when they quote for a kitchen in Bodrum, it arrives without the worktop. Nightmare! Apart from the worktop I wasn't satisfied with the job done. A lot of shortcuts taken! Had to point them out and hopefully getting them sorted next week. 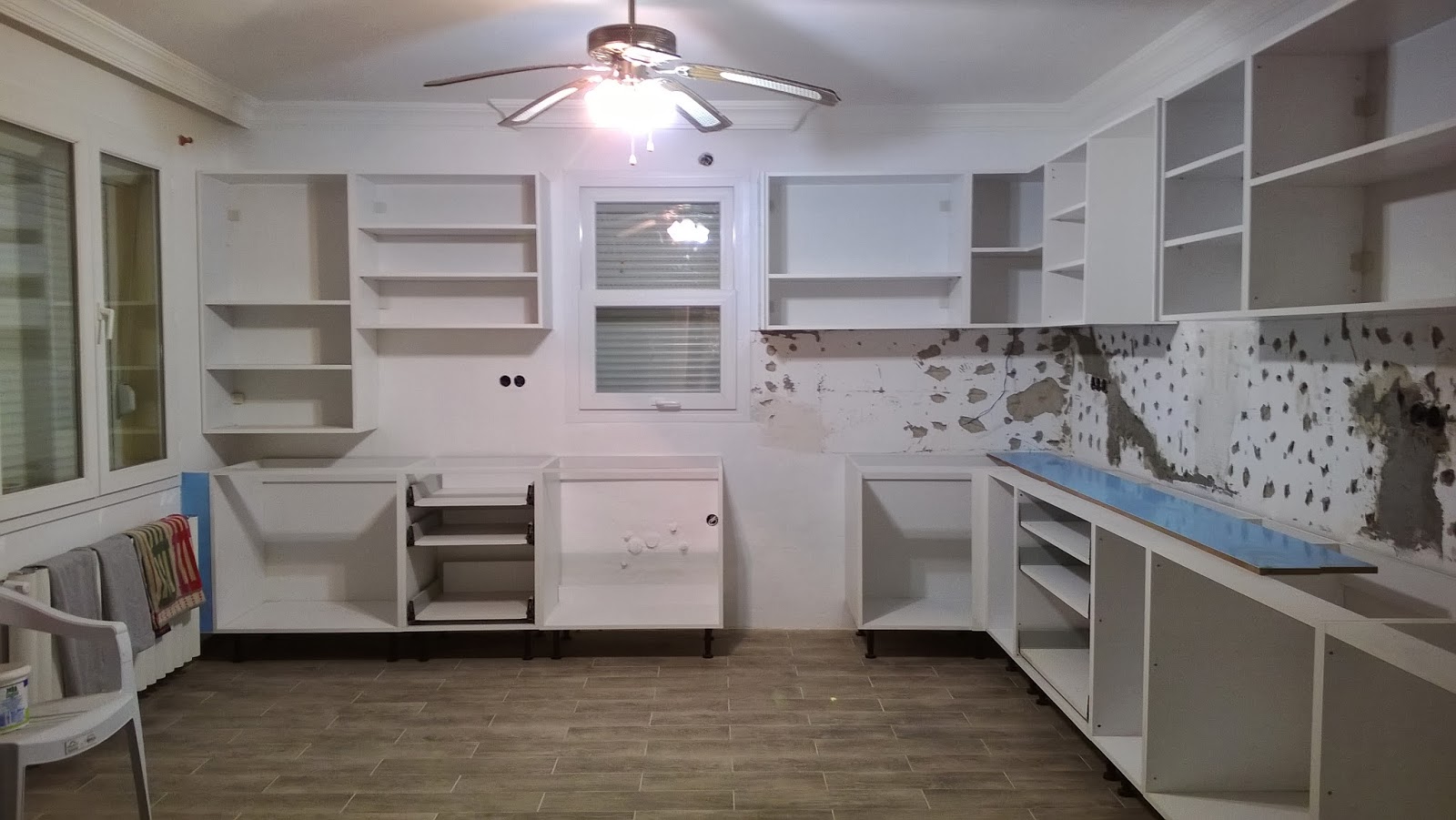 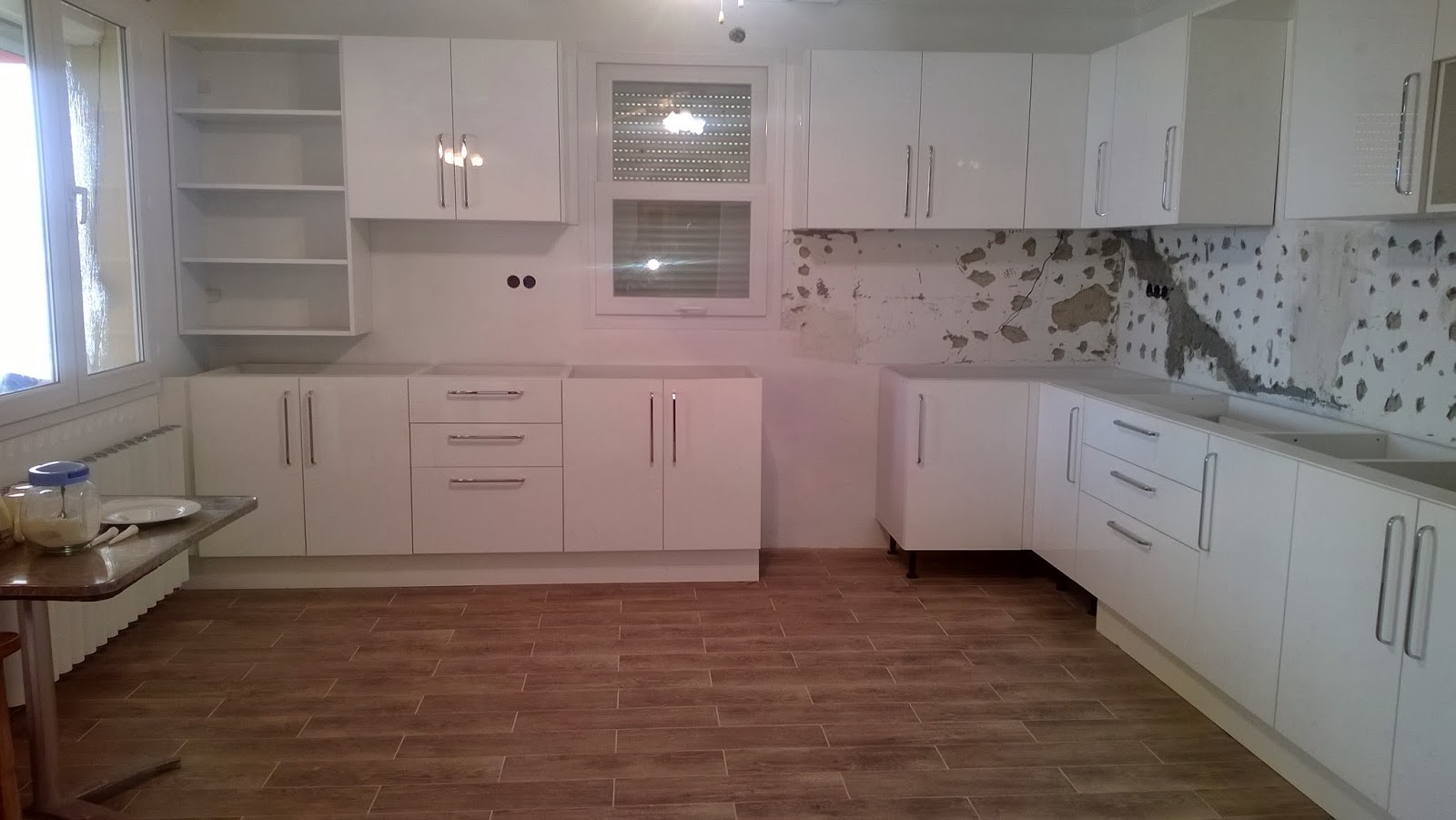 I love my kitchen table. After pricing some in kitchen shops, I took some photos of tables I liked to Ercilmobilya on the road to Turgetreis and he made this for me. And it cost less than a lot of the shops. 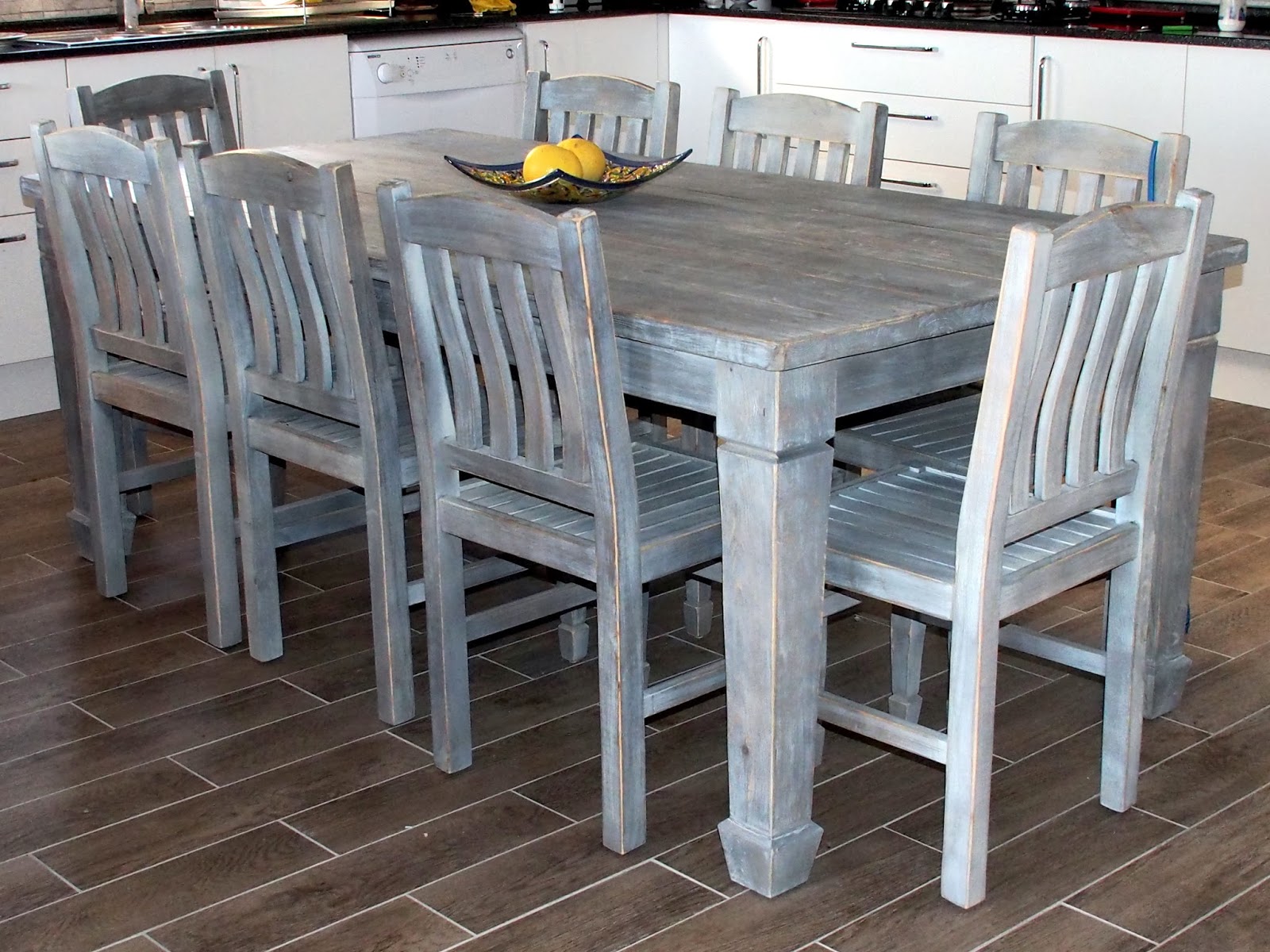 Then I added a door where there was previously just an arch. 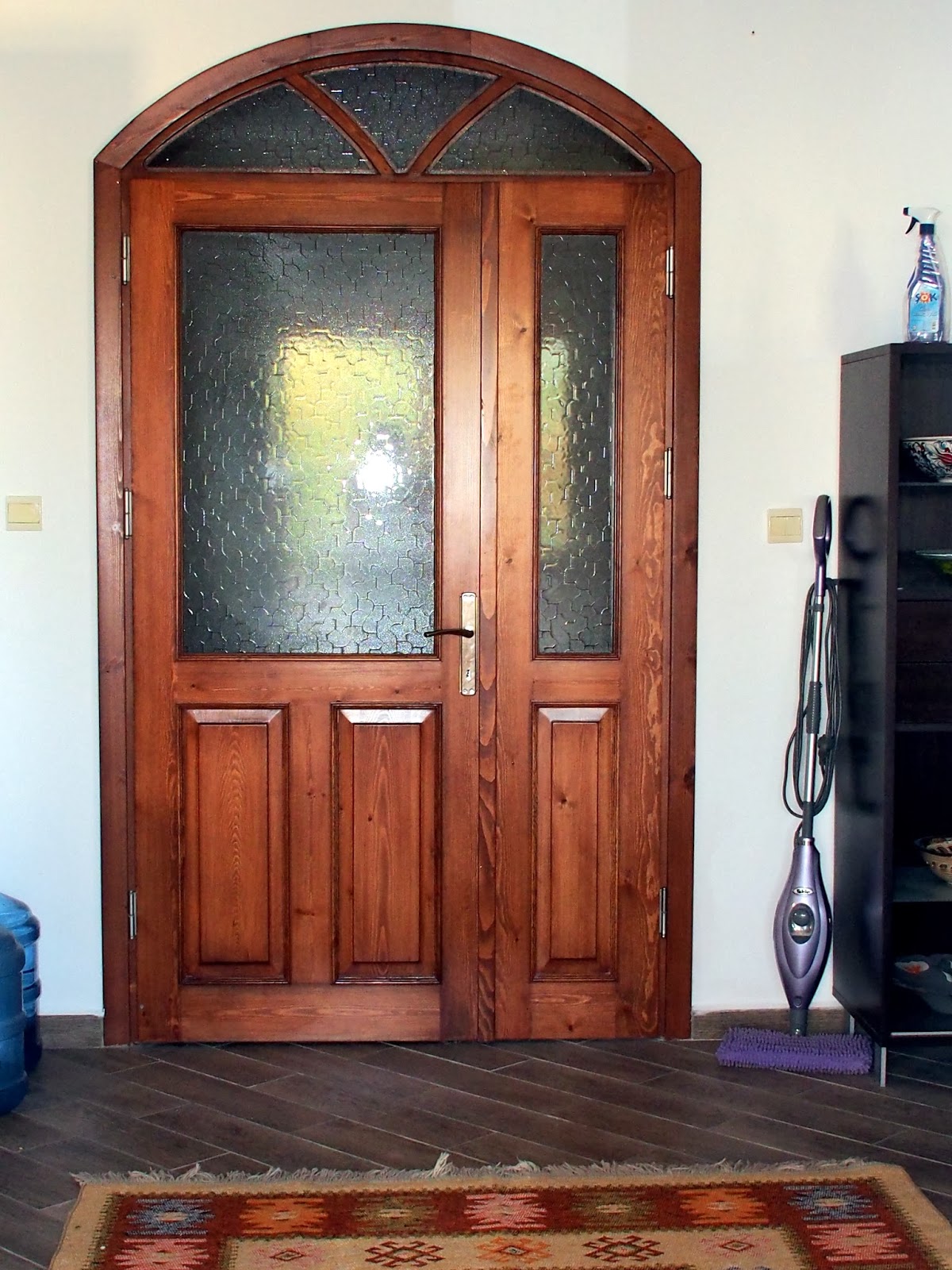 A covered pergola to the balcony. 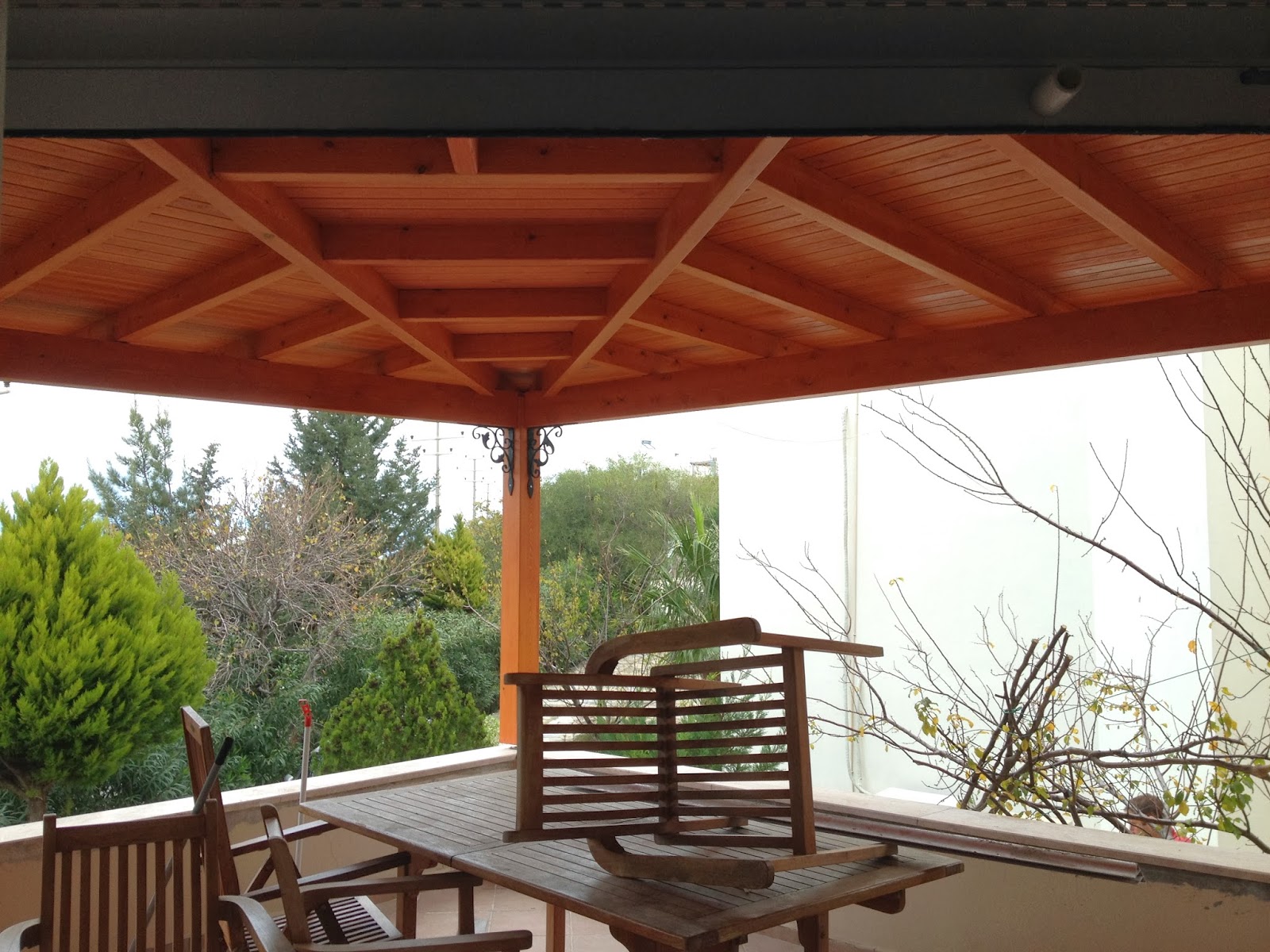 And finally a fireplace. 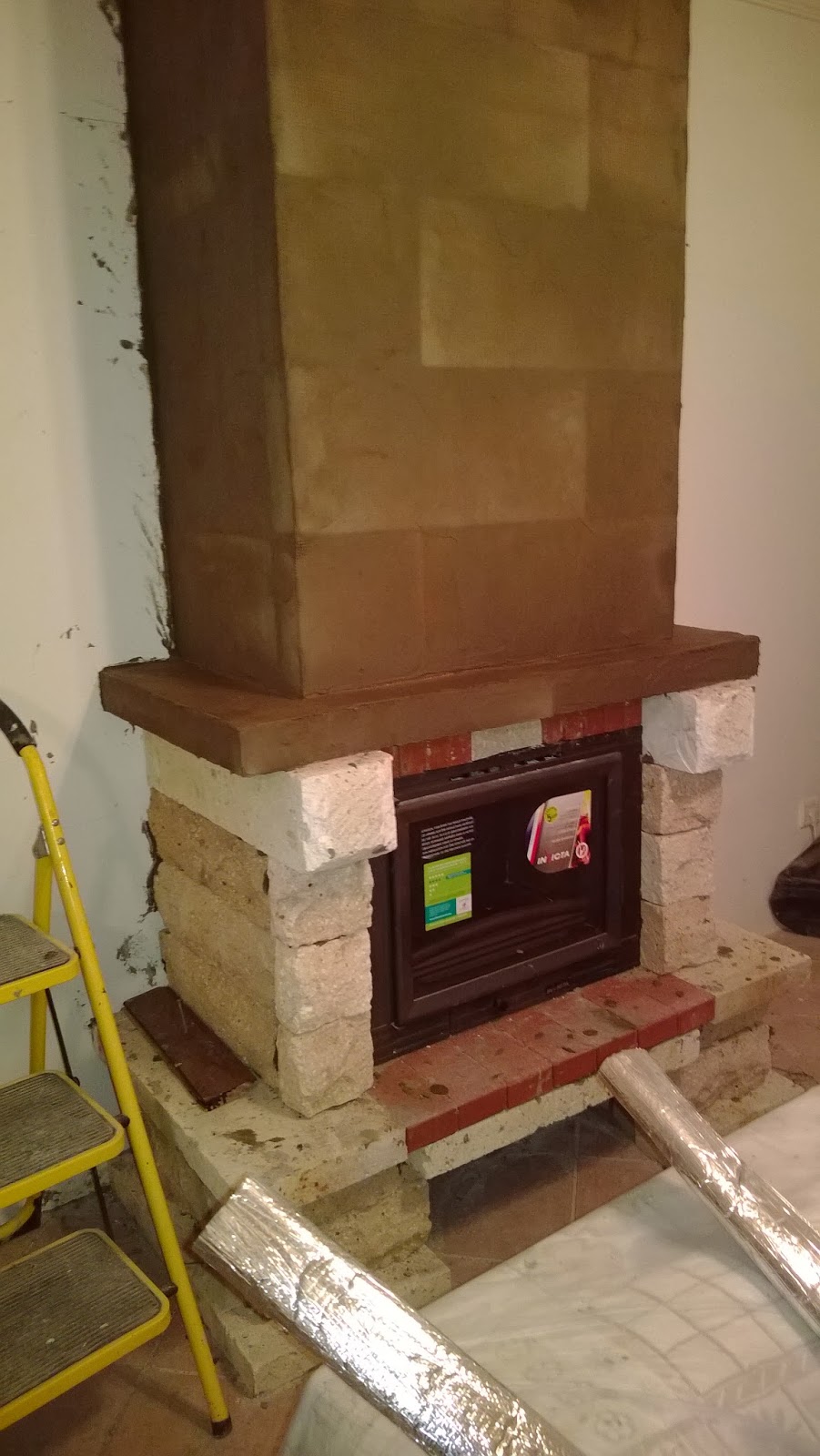 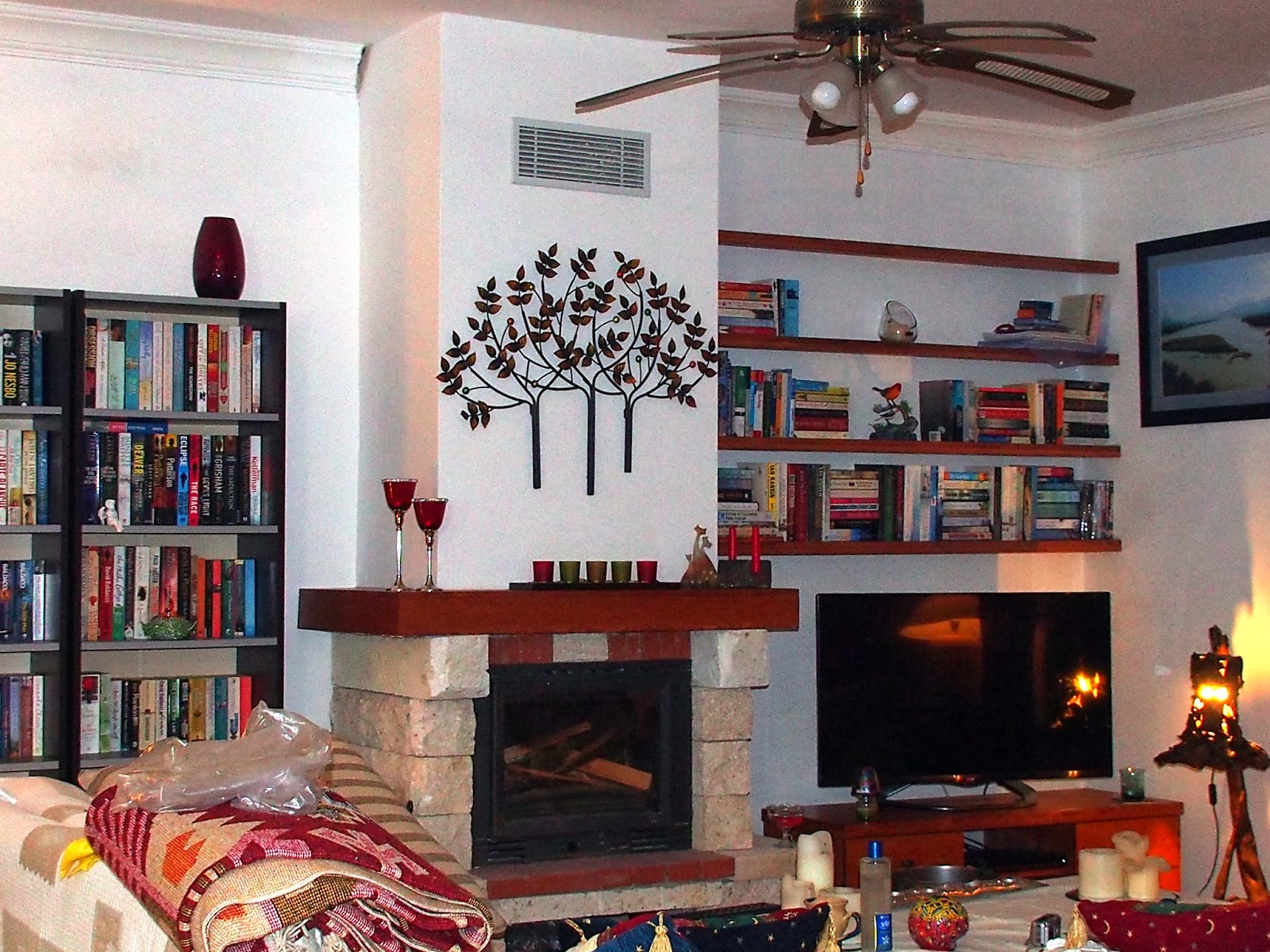 Was it worth the arguing, bargaining, tearing my hair out. Absolutely. And a word of advice to anyone intending renovations, you'll have a much better idea of where you stand if you ask "What is not included in the price?" The answer will usually include things like, filling in the holes we make, the plumbing, the electrics, the plastering, the painting...oh and the worktop!
Posted by Maryhocam at 10:00 PM