As I mentioned in a previous post, Saga messed up our booking and on our second and third weekend we had to leave our hotel as there was literally no room at the inn!

To be honest, this didn't bother me too much, apart from the fact that each weekend I had to pack up my bags and leave in the hotel storeroom. It was a constant reminder I had brought way too much luggage and I had a lot more travelling to do. The need to pack lightly was constantly being reinforced. There was a definite plus side to the deal though.

In compensation for the inconvenience, Saga offered us a trip to Kandy the first weekend. I was now quite pleased they had messed up, The Temple of the Tooth in Kandy was on my "to see" list. Instead of having to make my way by public transport, Saga was sending us a car and driver, had booked our hotel and would include a visit to an elephant orphanage and to the famous Temple of the Tooth. Looked like I was on a winner here.

Maggie had been to the elephant orphanage before and was not impressed, Sue was due to visit it on a tour of the island she had booked post volunteering. I didn't mind if we skipped it as I planned to "play" with elephants in either India or Nepal. I thought it would give us more time to wander around Kandy at our leisure. Dohhh! I forgot I was dealing with Saga and organised tours.

We were picked up early. According to Google the distance between Beruwela and Kandy is 174.1 km and would take 2hr 36m to drive.....don't you just love an optimistic soul.  The reality.......5½hrs on crowded scary roads. We passed one collision between a tuk tuk and a mini bus. It was a miracle there were not more. I was bemused to see a lot of "motor factors", shops selling car parts. All they seemed to sell were front bumpers and car bonnets. In such numbers, it did not inspire confidence in road safety. I thanked God for the fact Maggie was a bad traveller and needed to sit in the front. I am not a great passenger, I don't get travel sick, I get scared witless! At least in the back, I don't always see what is on the road in front of me.

On the journey we were given one short break for coffee and the loo. Luckily, I like sugar in my coffee, as there was no choice. Coffee comes out of the machine ready mixed with milk and sugar and even for me it was very sweet.

As we neared Kandy, we stopped to see a spice plantation, I found it quite interesting to see the spices growing and to learn about their different uses. But of course then came the hard sell. Buy this and it will make you thin, buy that and after 9 applications you will never have to shave your legs again. Sue wondered how anybody was ever sick in Sri Lanka as there were so many natural  wonder cures available. As Spring approaches now I regret not investing in large quantities of the hair removal cream. Imagine never having to shave my legs again.

Next came the Botanic gardens. We had a sandwich and our, by now, must have drink, a  cooling fresh lime soda. They are so good and a lot easier to ask for than our favourite "mocktail," Beach Blanket Bingo.....now that is a mouthful even before you swallow.  We then split up and agreed to meet at the appointed time at the in-house store "Laksala" It is government run and offers fair prices
and no hassle! 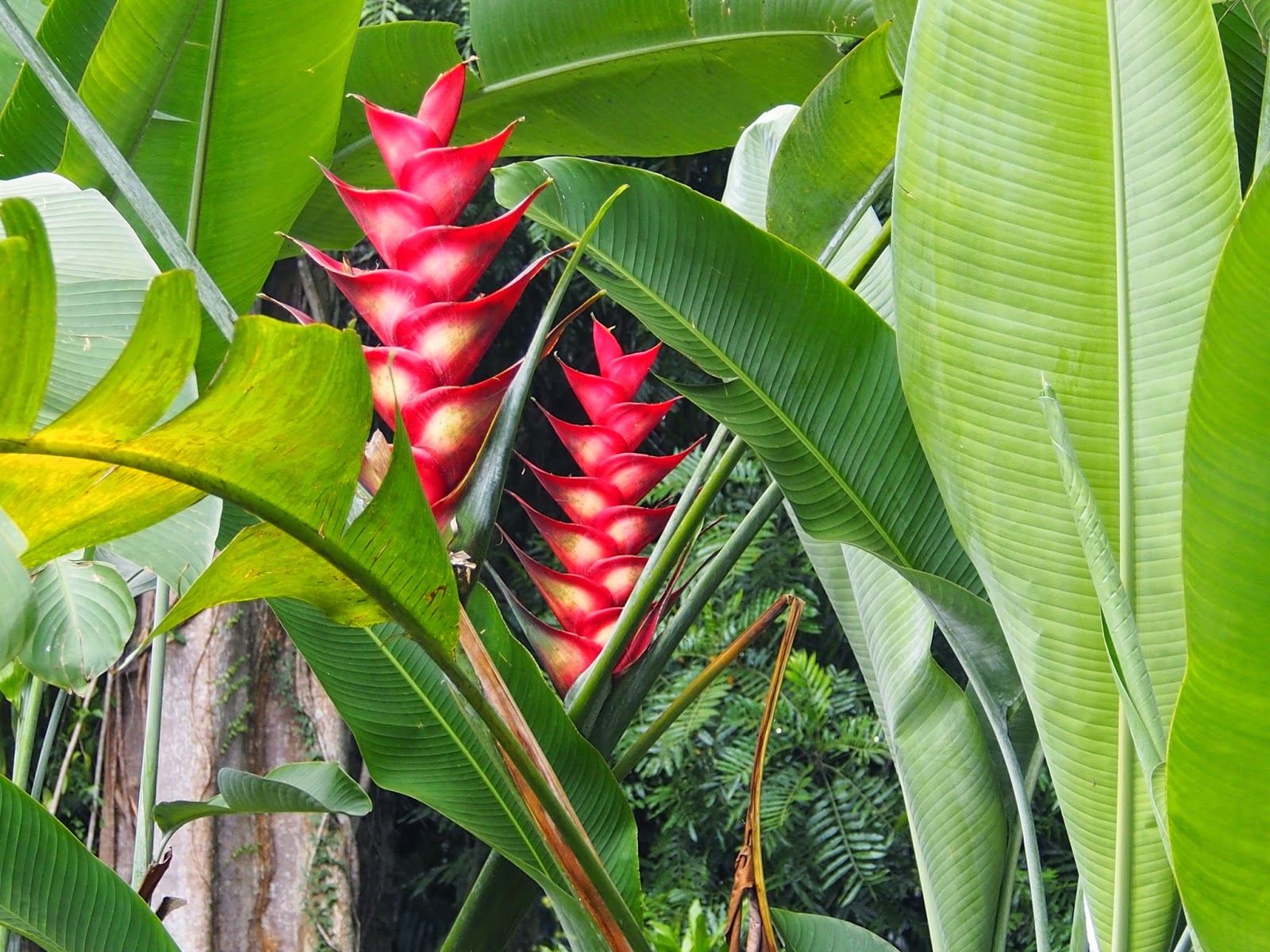 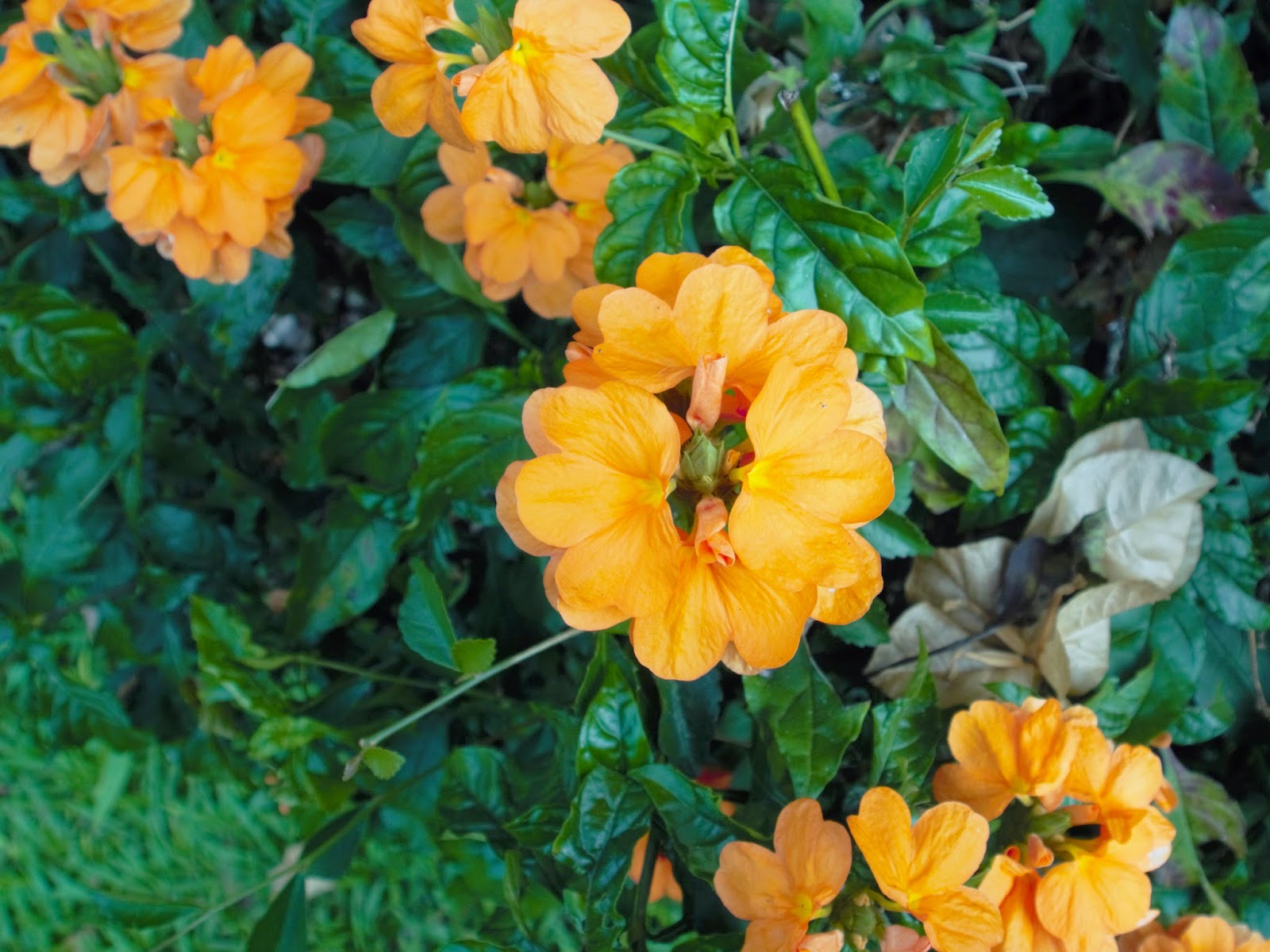 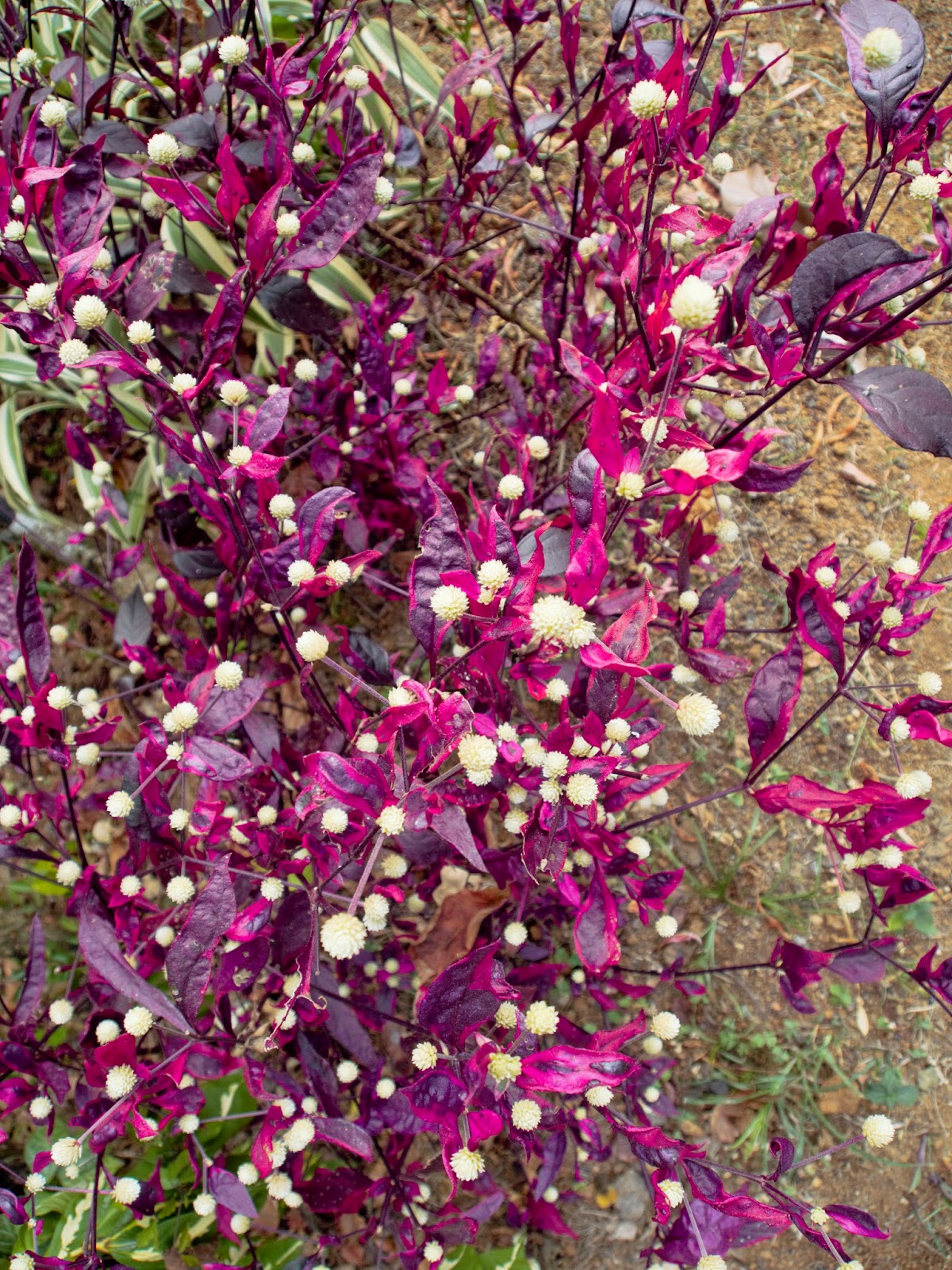 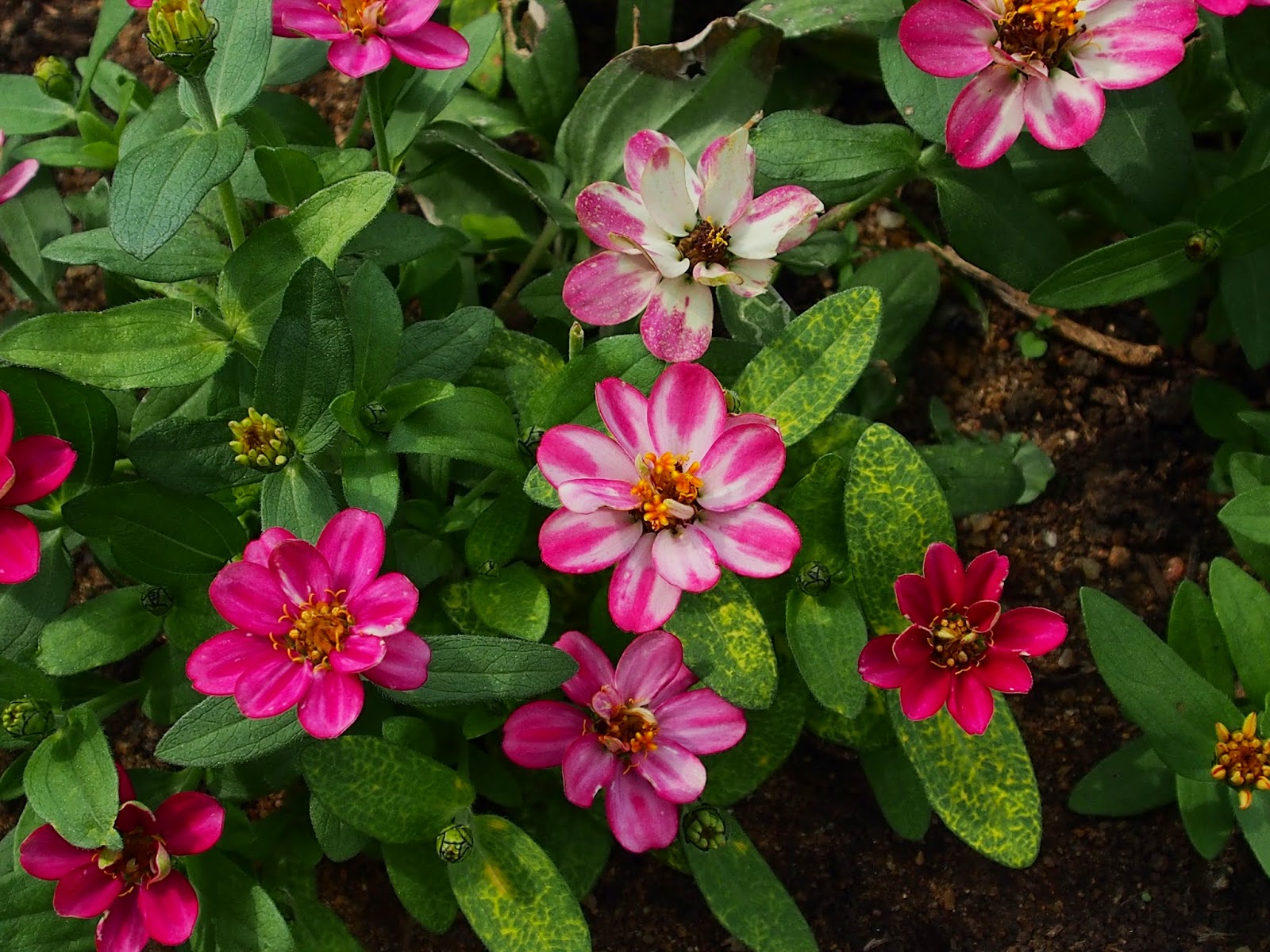 I wandered into the Orchid house and was in photography heaven. The next thing I heard was Turkish being spoken! I couldn't resist and I approached the men and asked them in Turkish were they on holidays. They were not over-inclined to chat but one offered the information that he was living in Sri Lanka and the others were his guests. 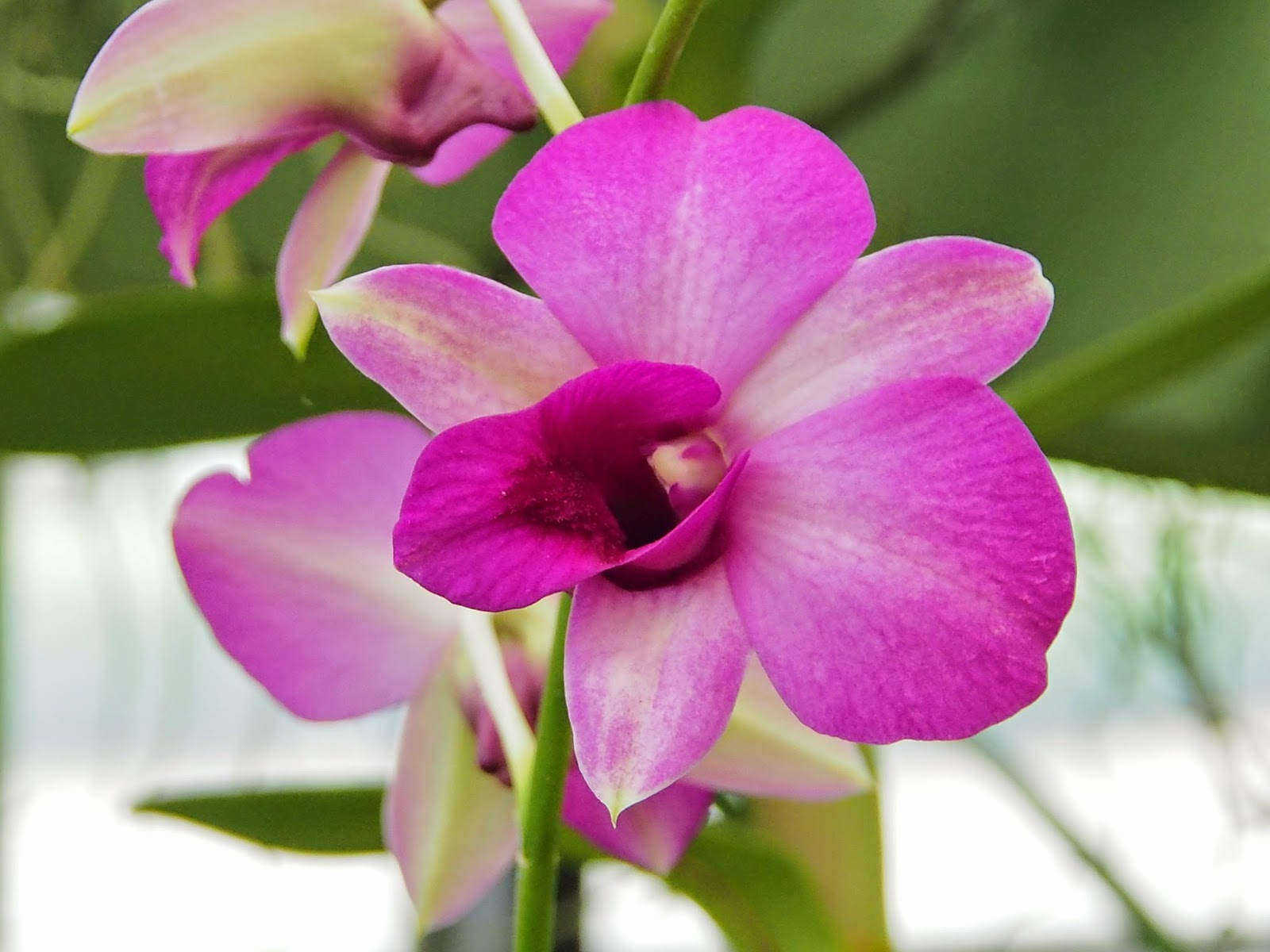 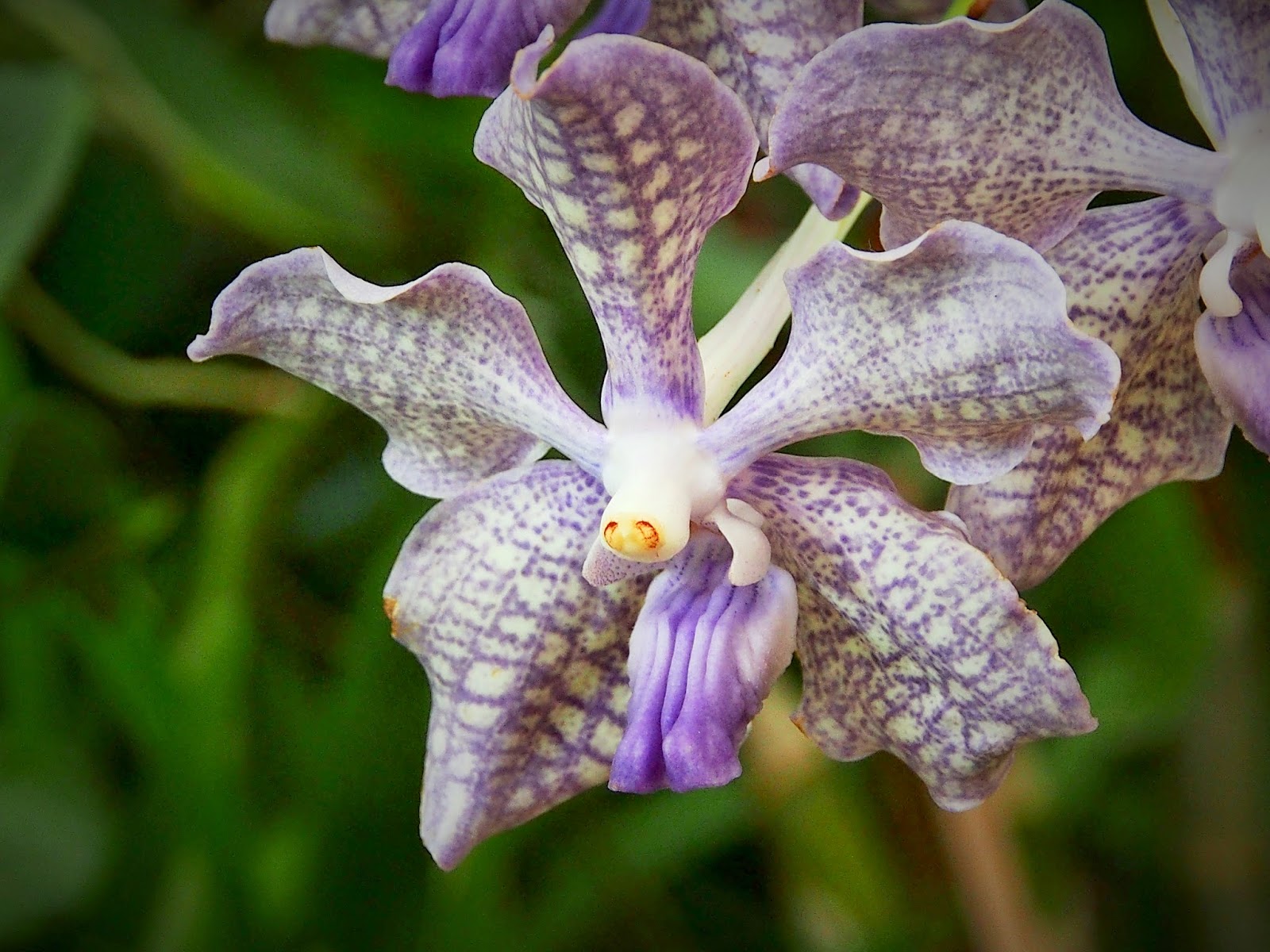 All in all, we had only an hour plus a little shopping time. Here I bought the first thing on my purchase list, a traditional hand painted wooden mask. Now all I had to do was to figure how to squeeze it into my hand luggage. I feel a major cull coming on.

Back to the car again and we were dropped to our hotel, the Cinnamon Citadel, part of the same chain as our hotel in Beruwela. Sue and I had to get our rooms changed. We were on the ground floor and the smell of damp was overwhelming. After a short argument we were moved upstairs beside Maggie. The rooms were lovely, big and spacious and without the damp smell. The hotel was lovely, situated on the river, but in the middle of nowhere.  There was no going out for a wander around town.


So we relaxed, had a swim, dinner and an early night. We were being picked up at 08.30 to go to the Temple of the Tooth, for me the highlight of our trip I hoped.
Posted by Maryhocam at 11:44 AM