Diary of a Desperate housewife.

Do I feel desperate? Absolutely not! I am just a desperate housewife, that is to say desperate at being a housewife. Sometimes I wonder why begin a job that I know I will have to do again tomorrow or at the very least the following day after that!

Housework, I hate it!! I would love to have a nice clean shiny house but I would like it to be the result of a quick wave of a magic wand. Who wants to hoover floors and iron piles of clothing when I could be knitting, out taking photographs, planting the garden, trying out new recipes. or just plain old curl up in a corner with a good book. There are so many things I would rather do. 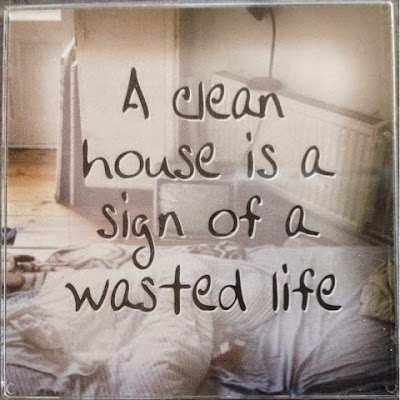 So I usually clean on an "essential" basis, there are visitors coming or I can't see the table for the pile of ironing. If I don't wash the windows it saves on the necessity for net curtains. It is no co-incidence that this magnet has pride of place on my fridge. 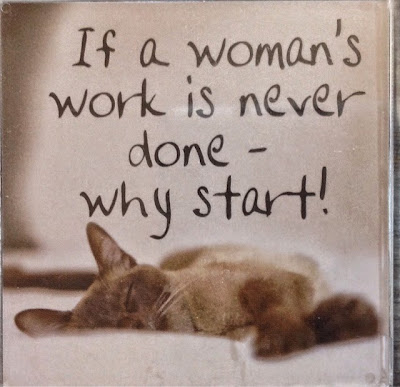 Recently, a couple of friends came to stay for the night. We had a photo expedition planned for the next day. So I gave a quick whizz around the spare room with a duster and the hoover. Did I mention I live with two cats and they shed hair by the sackful?

Unfortunately, our photo walk had to be postponed. So we set up a "studio" in the their room as the theme of our photography homework was portraits. We decided to use each other as models.  Room set up we were ready to begin. I am trying to break out of my normal "stand in front and shoot" I have been experimenting with angles.  I got down on my knees to take an upward shot. I found the edge of the bed was in the frame. So I suggested we move the bed. Bad move!!!

Most people have heard of the Easter bunny. Well, have you heard of dust bunnies? They sometimes live in corners and hard to get to places in our homes. We  moved the bed. Let me tell you, there were no dust bunnies hiding under the bed. There were dust elephants, rhinos, hippos, herds of them galloping around under the bed. The shame of it. Red with embarrassment, I quickly grabbed a brush and tried to catch them. They wanted to roll around the floor. I had to chase them. Add a cat who thought the sweeping brush was a new toy for him ( He obviously hadn't seen it in action much) I was disgraced.

As for the windows, they were okay, or so I thought, until we reviewed the photographs on the computer. The camera never lies they say. Shame, shame, shame!

The following day, I decided it was time for a change,  not to be such a desperate housewife. I would make my house sparkle and shine starting with the sitting room and kitchen. After all it is officially Spring. Time for a good spring clean. Time to break out the hoover!

I have had a very bad run of luck with electrical items recently. And my hoover was no exception. In spite of cleaning the two filters I could.access easily, it still was not sucking up the dust as before. And I needed every watt of power available to me. My hoover is bagless. I sat and stared at the centre of the cylinder and guessed there must be a way to,access it. But how?

Very gingerly I began to twist and turn and pull, afraid that I would worsen my run of bad luck and actually break the thing! Lo and behold, after several minutes of puzzlement, I found a couple of arrows, gave a quick twist and I was in! I had found the main filter. 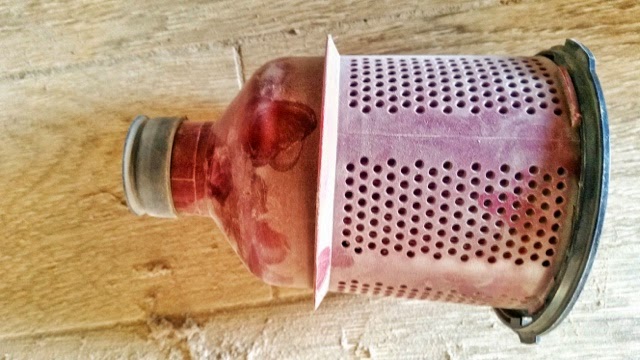 I gave it a tap. The resulting dust cloud resembled that dreaded nuclear mushroom cloud. But I persevered. I continued to tap away, marvelling that one little filter could hold so much dust. I filled the dustpan three times. How had I not burnt out the motor making the hoover work so hard, fruitlessly.

At the same time I was so proud of myself for solving the problem. I gave the centre piece one final tap. "I must have all the dust out by now", I thought,  Then the top fell off. Oh no, the dreaded curse again. I need to stay away from all things electrical.

Luckily I discovered it too had arrows. Why don't they make those arrows a different colour so they stand out? It would make life a lot easier for anyone like me who is a little slow. I digress. 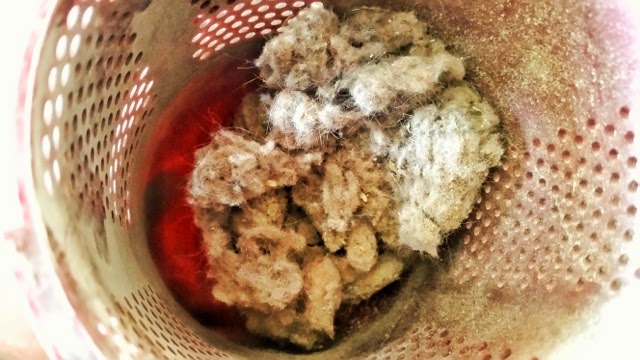 The top of the filter was supposed to come off. And you would believe what was inside? It was a whole herd of dust hippos. 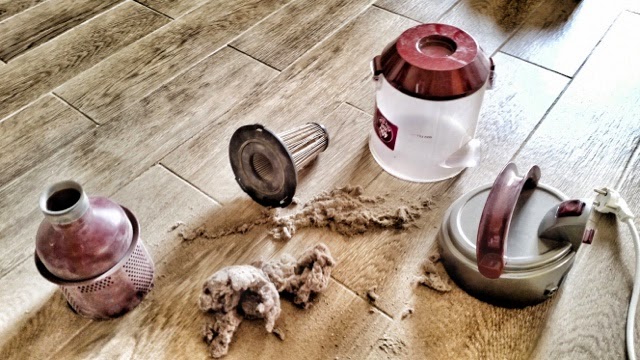 After one final clean, I quickly reassembled the Hoover and tried it out. It almost lifted the tiles off the floor it was working that well. I finished the hoovering, did the dusting and steam cleaned the floor. Not even a dust spider now to be seen, never mind the bunnies.
I should have taken photographic evidence of a job well done. Instead I collapsed spreadeagled on to the nearest couch, too tired to move. A whole Saturday gone, if not wasted. But my sitting room was sparkling. I am not a desperate housewife. You could eat your dinner off my floor. 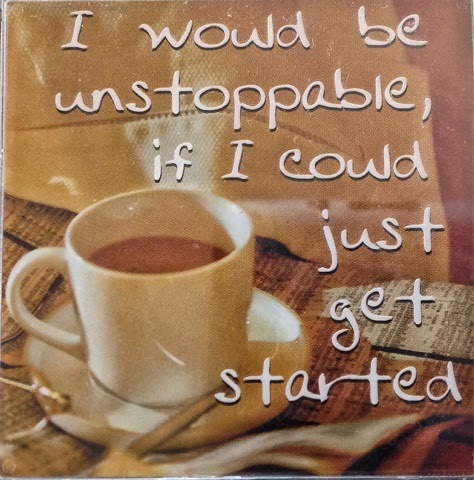 What a pity it was such a waste of time. Two days later it needed to be done again.

But now the sun is shining, time to gather up the hexipuffs, head out to the garden swing, sit in the sun and keep on puffing. Until the next emergency clean up.

P.S.  Ironic or what, my car is a Dacia DUSTER!