We arrived in school on Monday morning full of enthusiasm and ready to go. We were planning to wing it  little the first day as we had no timetables but were reassured they would be ready for us on Monday morning. They were....but for that day only!

I said I needed a little time to familiarize myself with the computers. I needed to see what operating system was in place, what programmes were installed etc.  It turned out that only two of the computers were in working order plus my laptop.

The school did not have a website so we decided to make a school blog. I set up the basics and I was ready for my first pupils. It was soon evident that the low standard of English meant almost no spoken English.
d
However with IT it is not hugely necessary as it is possible to demonstrate what I want them to do  In the first week we created the blog.

They  chose and edited the page background and were delighted to see their work online.

As we began, we had a visit from Chris. He came out from England to visit the two schools that had volunteers and also to bring donated microscopes to another school supported by the Charitable Trust. He arrived in our hotel in the early afternoon with another girl from his office. He made no effort to look us up that evening or the next morning at breakfast.  We met him for the first time in school, where he actually told us he told his colleague he had spotted us at breakfast. We were ready for school so we were wearing our name badges. He breezed in and out of the school, spending almost no time talking to us. He took some photos for the Saga Volunteer Facebook page, thought the blog was a great idea and he was gone!

I had small classes the first week and my days flew by, we got a few blog posts done and it felt like we were achieving something. It was tangible. The children learned to take photos, edit them and write simple blog posts. That was the surprising thing. Even though they had trouble speaking, they were able to write and spell simple sentences. Composing the sentences was the problem. 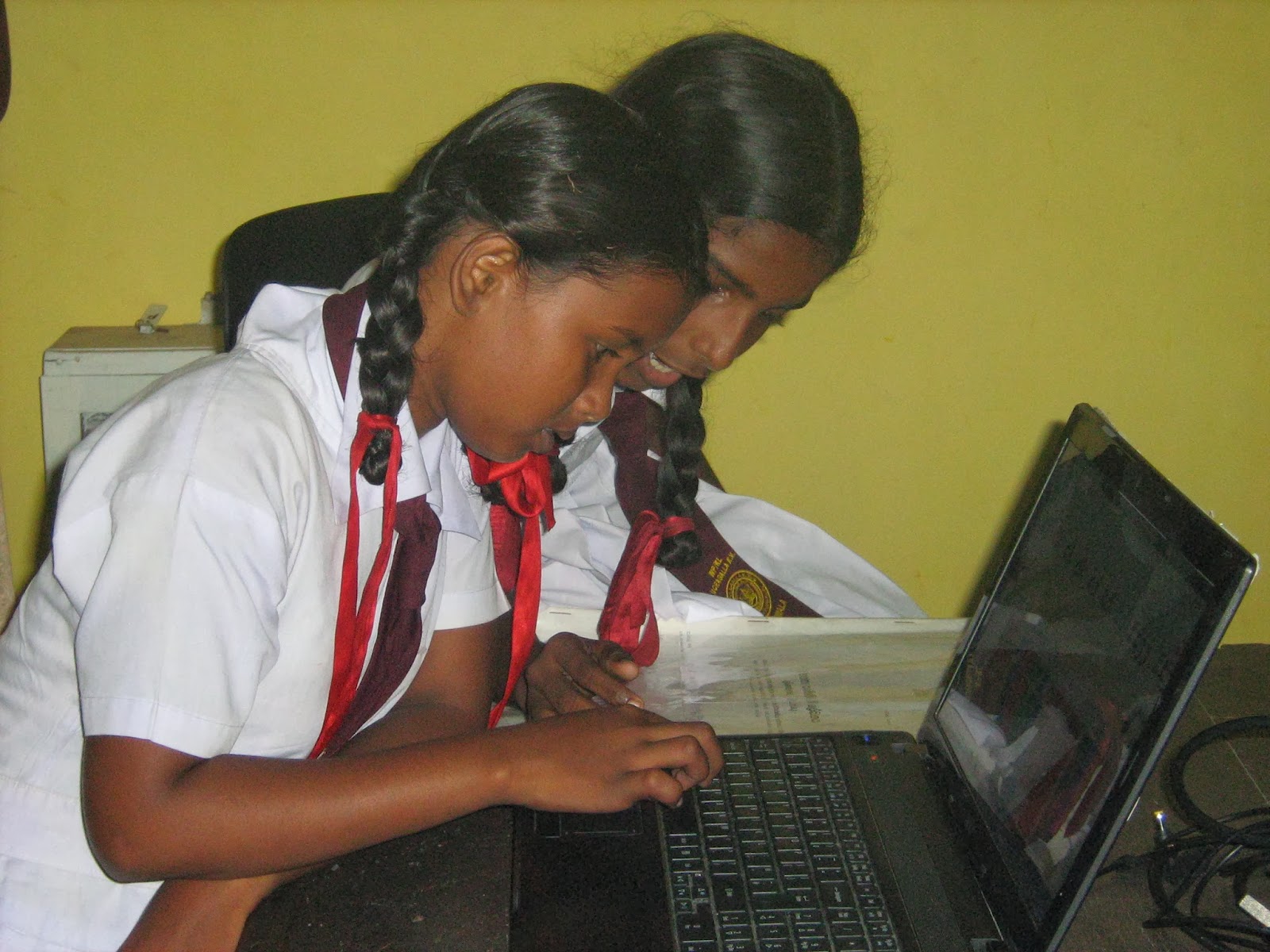 In comparison, my fellow volunteers were quite frustrated. Timetabling seemed haphazard, we only got each days timetable in the morning when we arrived. Spoken English was very little even among the teachers. Speaking with Mr. Perera, our liaison person  was also difficult sometimes as it was with the English teachers. A lot seemed to be lost in translation. 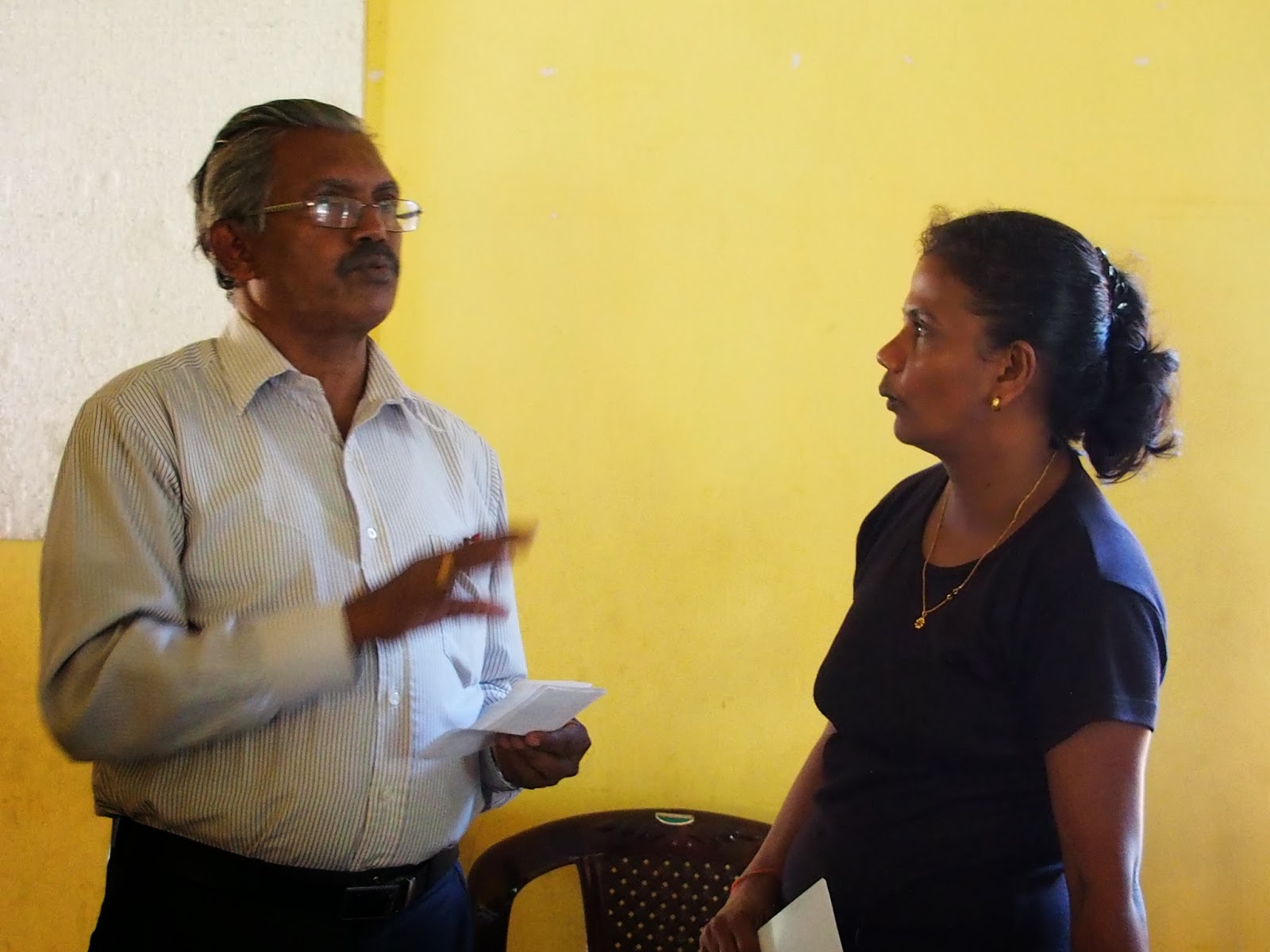 While the school wanted us to improve the standard of spoken English they were circumscribed by a very old fashioned curriculum. The English teacher wanted to stick to the curriculum. How does one work with poems by Rudyard Kipling and Walter de la Mare using old fashioned out dated language that even an English speaking child would have difficulty understanding.

And so the first week while quite frustrating for the others went very well for me.
Posted by Maryhocam at 4:42 PM