We flew to Bangkok with Turkish Airlines. Our original plan was to fly to Hanoi separately, Kathleen from Dublin and I from Istanbul. Searching for the best value flights possible, I suggested to Kathleen that she fly to Bangkok return and buy single flights, then on to Hanoi she could then get a return to Bangkok from Siem Ream. It made good sense as multi city flights were coming in around €1000 and the return to Bangkok was €498 return with the flight to Hanoi just under €70.

I planned to fly with Asiana from Istanbul to Hanoi and return with them from Siem Reap. This came in just under €800. Once I knew Kathleen was flying to Bangkok and thinking she might stay a couple of nights, I decided to get the same flight from Istanbul. It would be cheaper again.....or so I thought. But I was wrong. To get on Kathleen's onward flight from Istanbul would cost me €800, €300 more for two flights less.

I decided to spend the same money as originally budgeted, fly back to Ireland, see Mum and then join Kathleen. Amazing! Four extra flights and almost the same cost as flying from Istanbul,  €800.

Turkish Airlines are a comfortable airline to fly with. The food is good, there is in flight movies and the seats are comfortable. The second leg of our journey from Istanbul to Bangkok took just over 9 hours, I watched several movies, did my knitting. Hurray for bamboo needles, there is no problem bringing them on a flight and knitting both relaxes me and helps me pass the time. The thing I did least of on this flight was sleep even though I was supplied with a "flight kit" from the airline.

Landing reminded me of Ireland. We came down through thick grey cloud. It didnt bode well for the next couple of days. 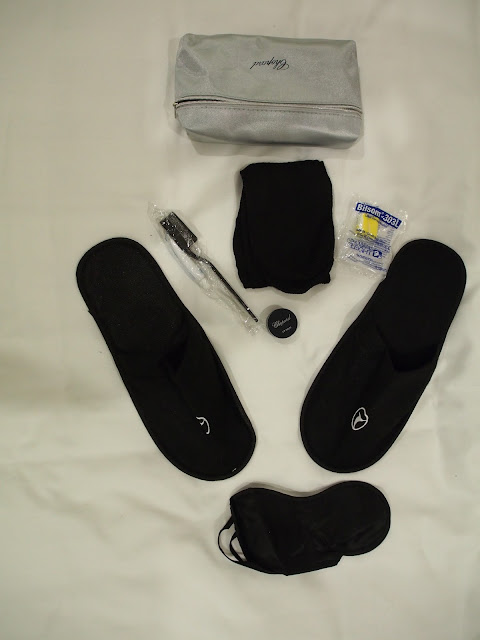