On Thursday we did a whistle stop tour of Sultanahmet, but not before we had a lazy breakfast on the sixth floor of the And Hotel. Kathleen was in her element, olives and tea on tap, not to mention the wonderful views of the Aya Sofya and The Blue Mosque.


We parked our overnight bags in the storage room and set out to see the sites.

As we only had a day, I suggested Topkapı Palace


There is so much to see there and it is ideal for a lazy amble. I was pleased to note the short queues. I have been here before and they can snake back for miles. I renewed my museum card, one of the bonuses of having a residency permit. At a cost of 40tl for the basic or 50tl to for the Muze + card you get free entrance to most of Turkey's museums. We also bought the extra tickets to visit the harem. It would be such a waste to visit the Palace and not see the harem.

It was our first stop. I love this building and I find myself transported into another age. The first time I visited here, it was 2006 I think, there were actual guided tours, so much better than the audio guides available now. You can't beat the human touch, someone to answer questions, add the extra bit of information and to crack a joke. I imagine myself living there in Ottoman times. 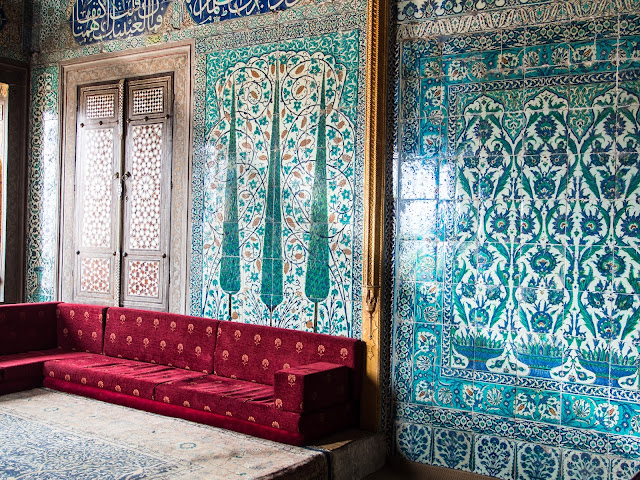 However, in reality, instead of, as I imagine myself, a beloved wife of the sultan, lounging on cushions, sipping coffee (sorry even in my dreams I can't bring myself to drink tea) I am sure I would have been the poor servant girl, dragging buckets of coal for the fire.....now don't spoil this this fantasy by telling me it was the eunuchs that performed this task. 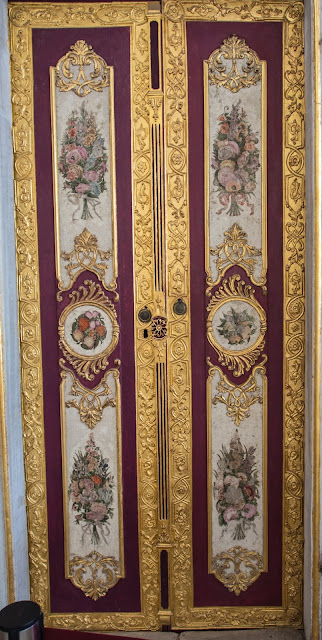 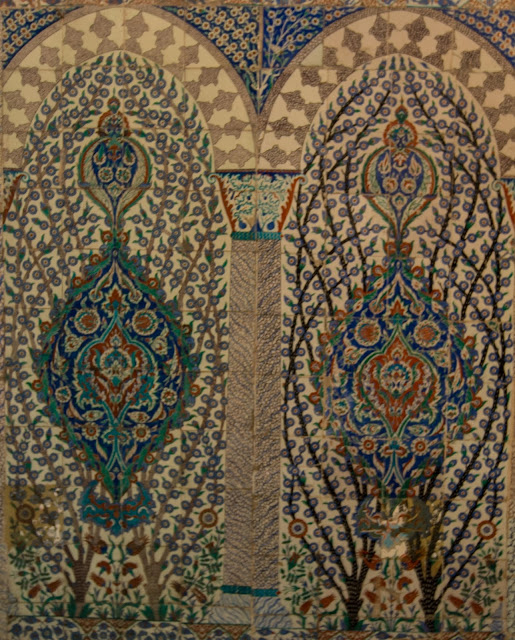 After a wander around some of the other rooms, including the circumcision room,  it was time for coffee overlooking the Bosphorus. These are places I only read about as a child, never dreaming that I would visit them later in life. 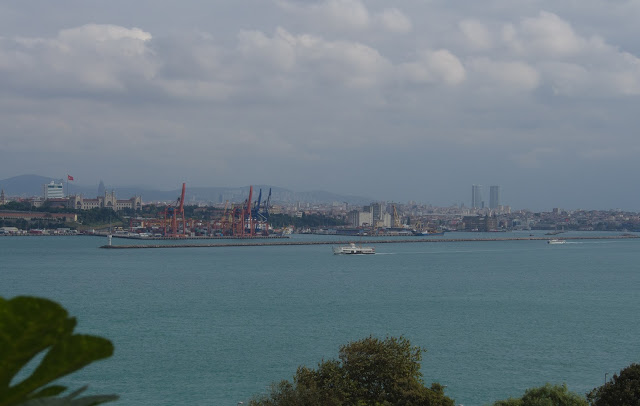 The next plan was to visit the Treasury and also the displays of clothes. One look at the queues for these sent us hurrying in the other direction towards the kitchens. We also had a quick run around the Weapons room. I can't imagine how they hefted some of those swords. 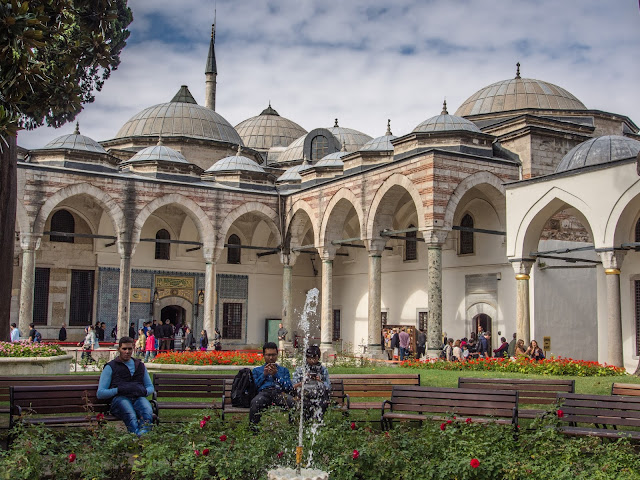 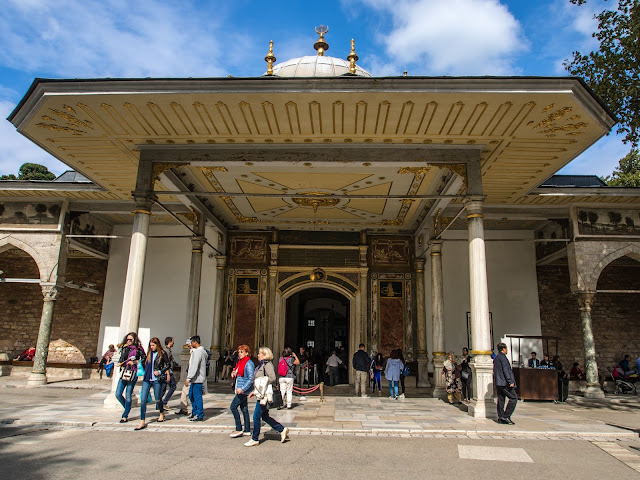 With time marching on, we headed for the Blue Mosque. It was Kathleen's first time inside a mosque. It is a beautiful building,  once you have fended off the tour guides and the carpet sellers on the way in and out. Speaking Turkish helps. I found that while they still chatted for a couple of minutes, they quickly gave up on the hard sell.

It was time to return to the hotel, grab our bags and head for the airport! My holiday is about to begin.

Posted by Maryhocam at 5:55 AM