Saturday night I was not able to sleep. A combination of a nap on Saturday afternoon and coffee after  dinner.  Will I ever learn? I finally went to bed as the sky was beginning to lighten at 03.30, alas not to sleep. It was sometime after 04.30 that I finally dropped off. Not for long though. The alarm rang at 06.20.  It was time to pack the last few bits into the bags and head for the train station. Luckily for us, it wasn’t raining and we got there without incident
We were setting off on a six hour train journey to Trondheim,  the ancient capital of Norway, the city where “the Blessing” of new Norwegian kings takes place in Nidaros Cathedral.

Due to work on the line we were bussed to Lillestrom to catch the train. Though the journey was long it was worth it. We had assigned seats, plenty of leg room and reclining seats.I decided to experiment and to try out the recliner. It went back without any difficulty. However it took me 10 minutes and the help of Hubbie and Jaydee to get it back to it's upright position. It required a "bum manoeuvre" as well as pulling a lever at the one time. Two movements at the one time......me, the co-ordination queen? Not a chance!!

Next came the camera challenge.  Yes, it was definitely a challenge. There were lots of photo opportunities.  The train was moving quite fast. The views flashed passed the window as I tried to frame the shot. They were gone before I could click, or as I clicked a tree would appear out of nowhere and loom large in my shot. This is not accounting for the reflection from the windows opposite. Frustrating is perhaps the best word to use. You'd think Norwegian Railways knowing I was on board with my camera, would have trimmed the trees, slowed the train and of course made sure the windows are spotless just so I could take photos. My brother text me and suggested I should pull the emergency brake every time I wanted to take a shot. 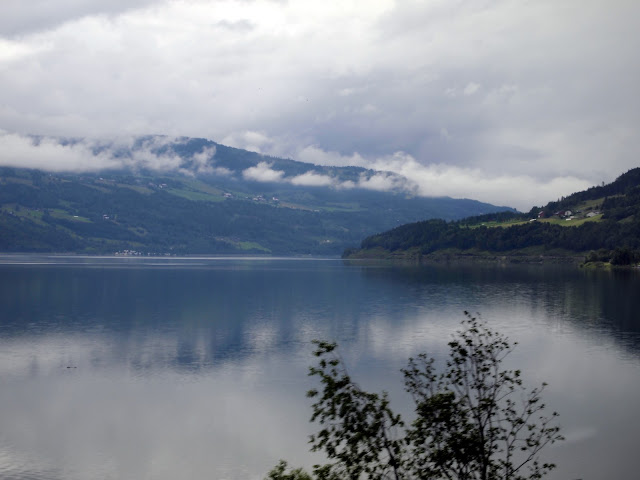 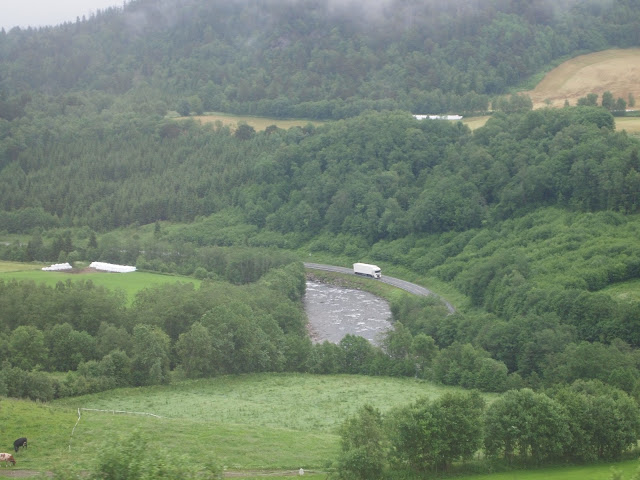 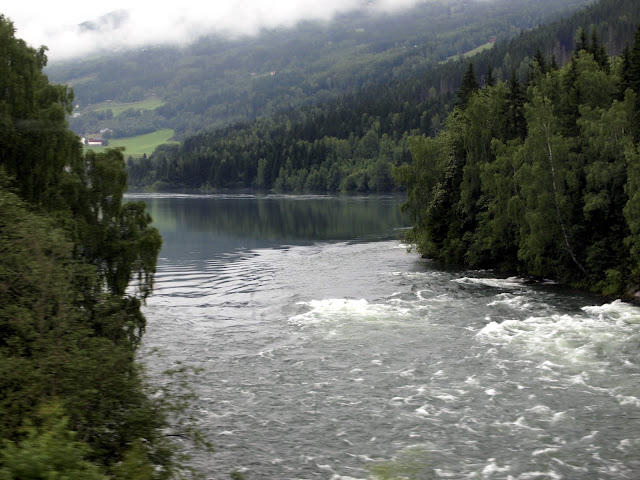 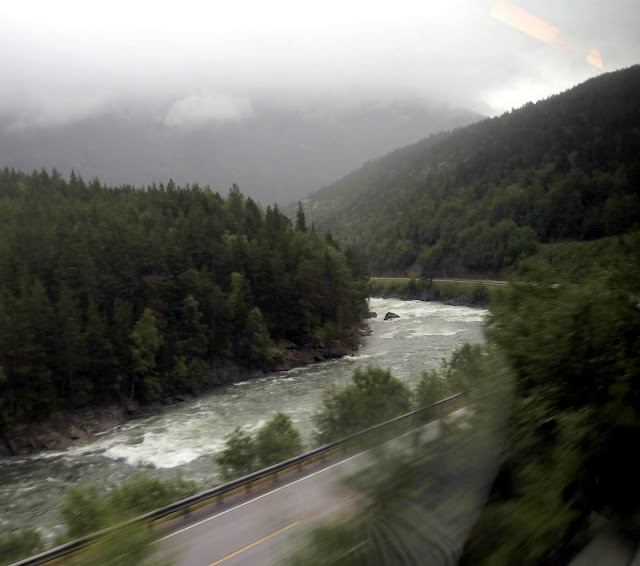 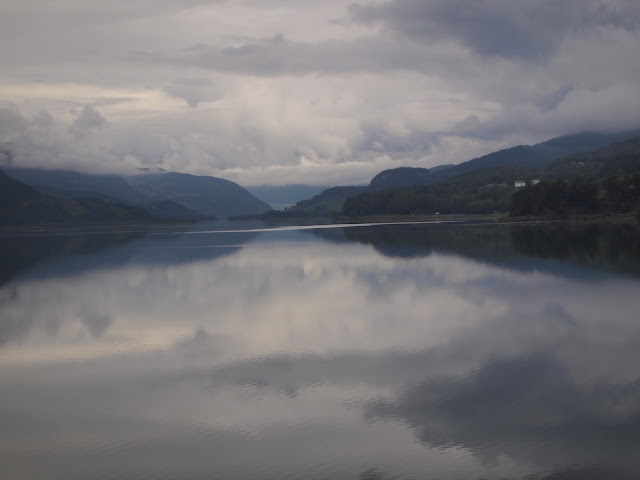 I snapped away deleting more than I kept. But I had met my match. Jaydee is as bad or worse than me. We must have driven our respective partners crazy.  At least I had the window seat. Jaydee was in the aisle seat and had to twist around Emdee to get the shot. 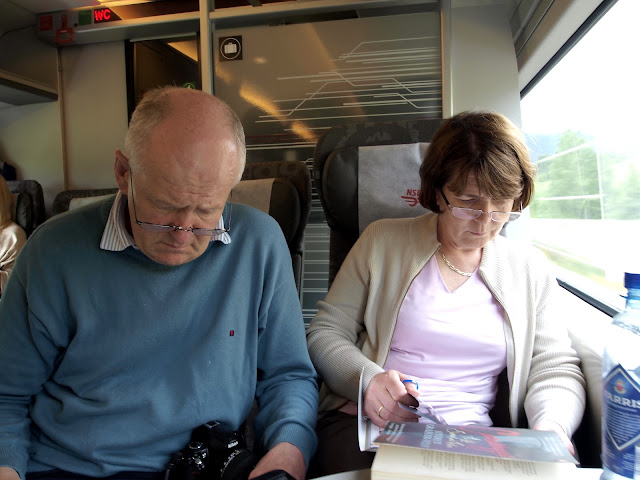 We climbed to the highest point on the journey. The landscape changed from forest to low scrub and moss. In July there were still traces of snow on the mountains. The temperature had dropped from 20C to 14C.  Then we began our descent into Trondheim. 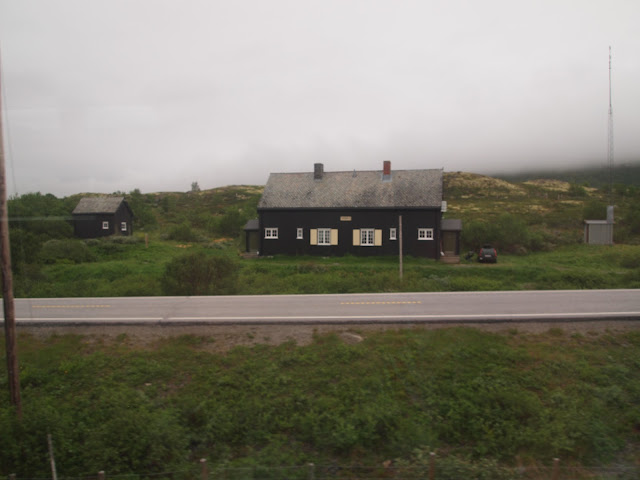 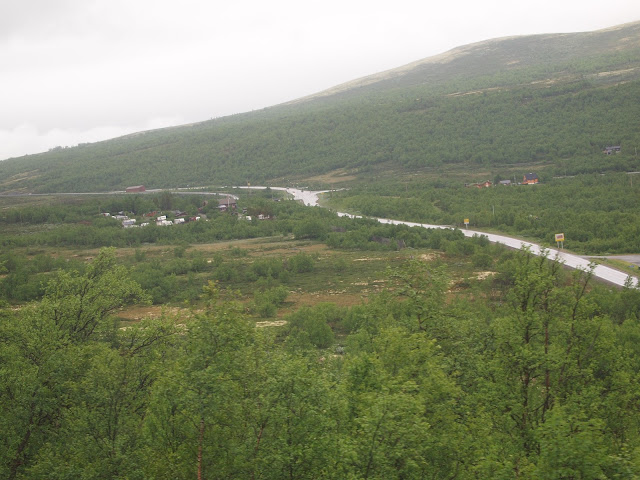 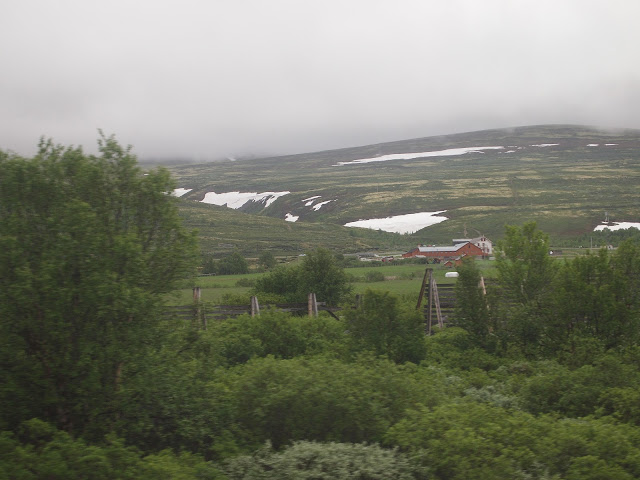 All the way, the land was dotted with pretty houses, painted either red, ochre, grey or white. What amazed me, probably because apart for our first day we've had rain since we’ve arrived, is that most all the houses had either balconies or a deck area with barbeques and seating.. I wonder if they ever get a chance to use them? 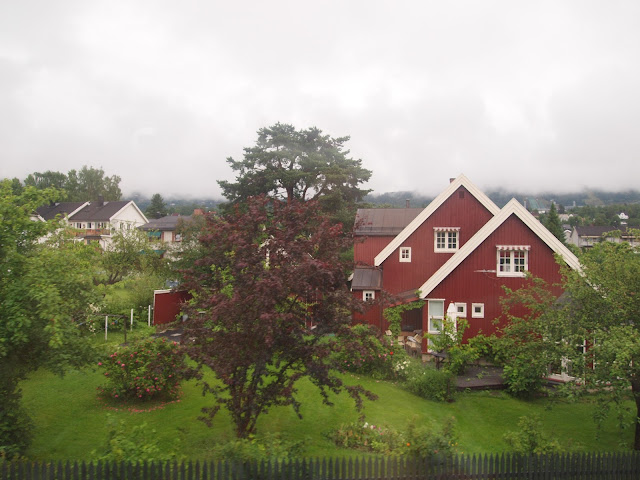 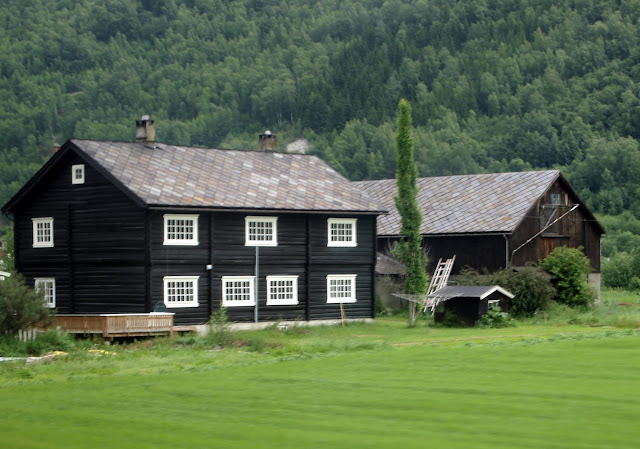 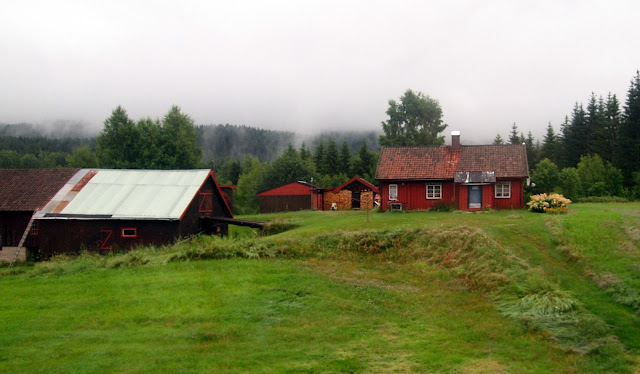