Leaving Trondheim, we set out for the train station in a light drizzle. Our early morning train was going to take us to Bodo, crossing the Artic Circle in the process. It would be a 10 hour train journey. This was to be followed by a 25 minute flight to Leknes on the Lofoten Islands, our next stop on our Norwegian adventure. We found our train and our assigned seats. This time, strangely, though the journey was longer, the train was not as luxurious and there was no wifi to help pass the time.

Wifi would just have been a distraction, it wasn’t necessary as the scenery was more than enough to keep us entertained. Fjords, mountains, rivers, rolling farm land. 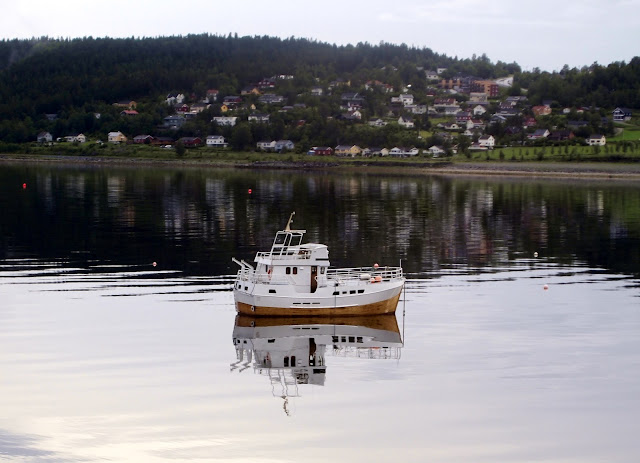 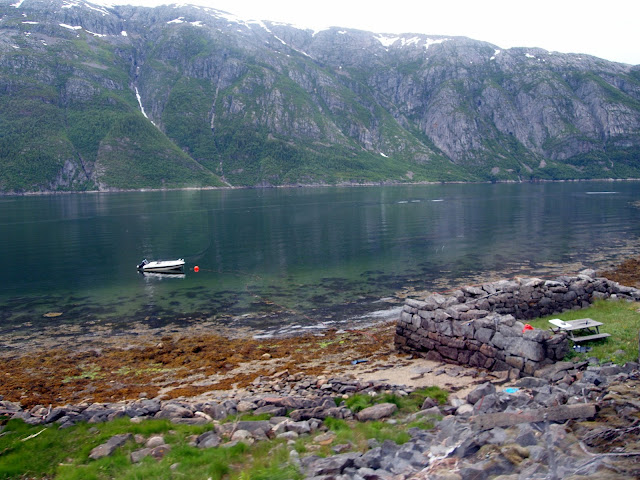 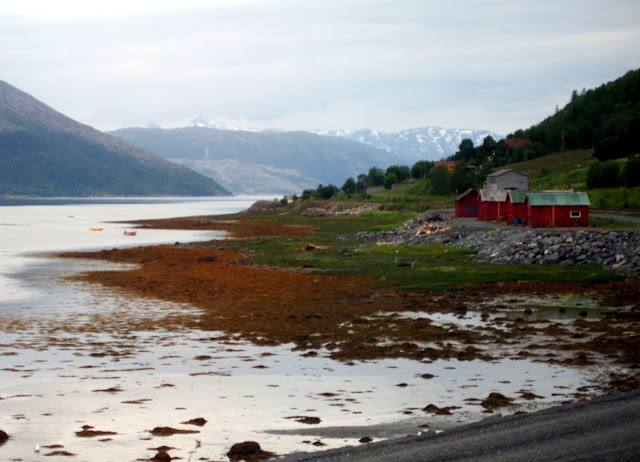 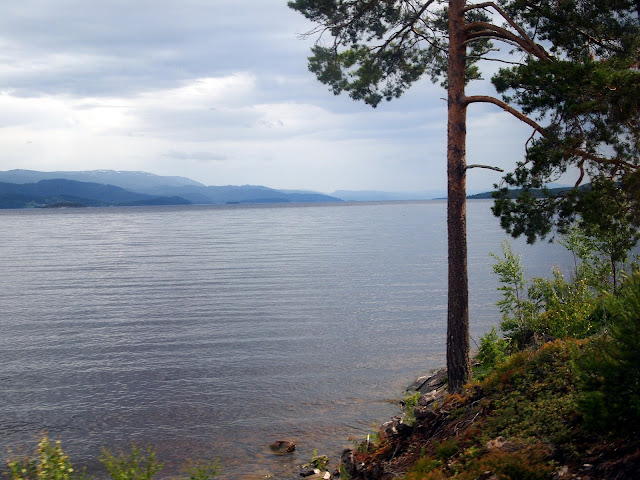 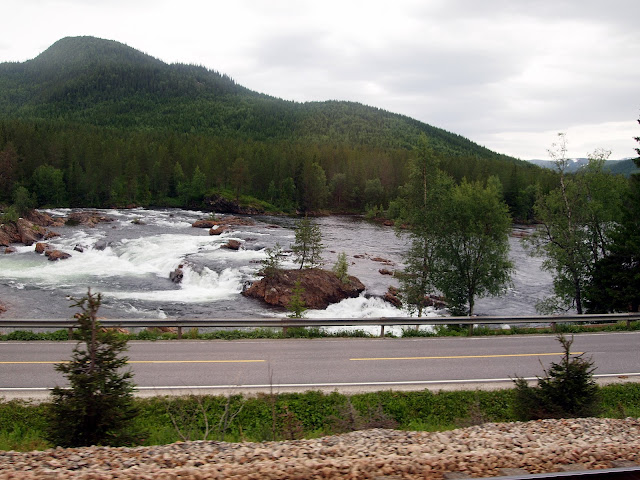 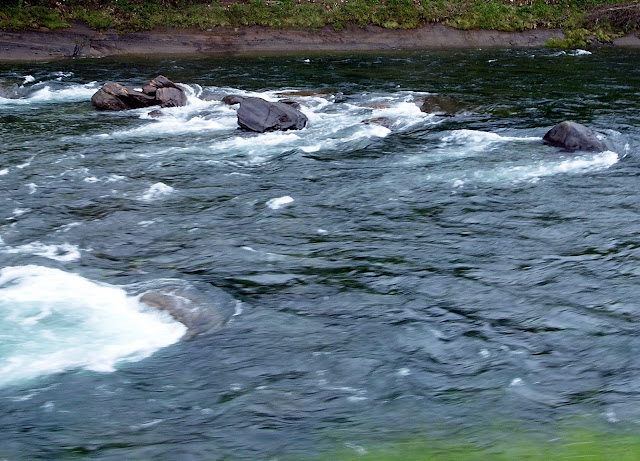 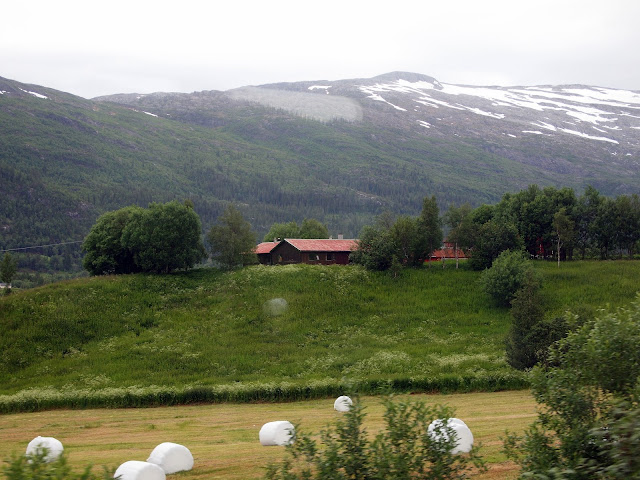 About an hour and a half before our journeys end we crossed the Artic Circle. In the distance we could see a visitors centre, but the crossing itself was marked by little pyramids of stone. I had been waiting eight and a half hours to take this photo but the sun was finally shining and of course the windows on the opposite side of the train were reflected in the glass so it is a bit difficult to see the actual cairn.

Here the countryside was bleak and snow lay in patches on the ground but there were beautiful blue skies, the first we had seen since we arrived in Oslo. We were  approximately 700m above sea level. You would wonder who would want to stay in this house that seems totally isolated. 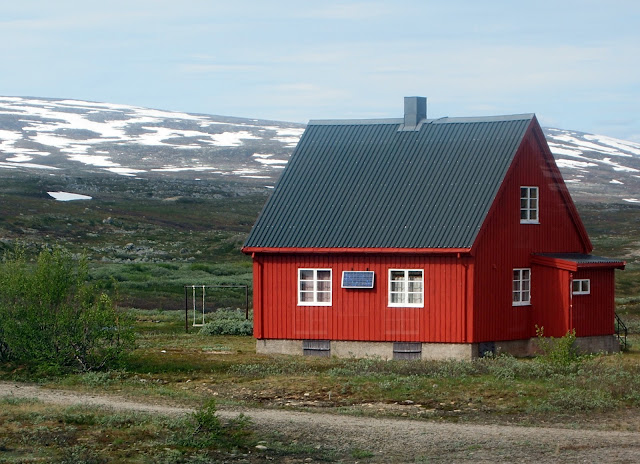 In no time at all the train began to descend from the heights and once more we were greeted with the wonderful lush countryside. 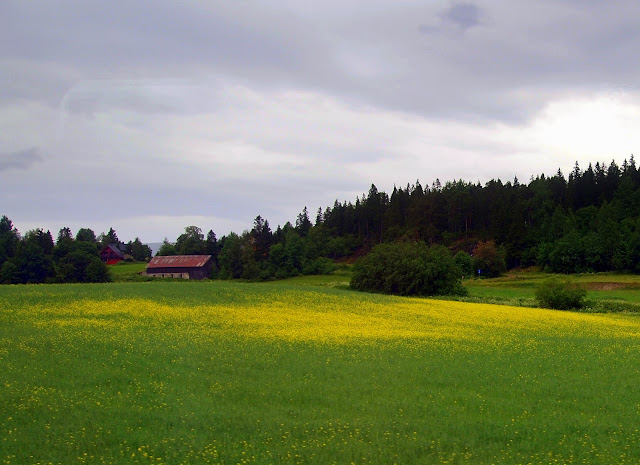 Our train journey was just coming to an end. It was just as well, as all the excitement had Emdee and Jaydee out for the count. It had been a long day and there was more to come! 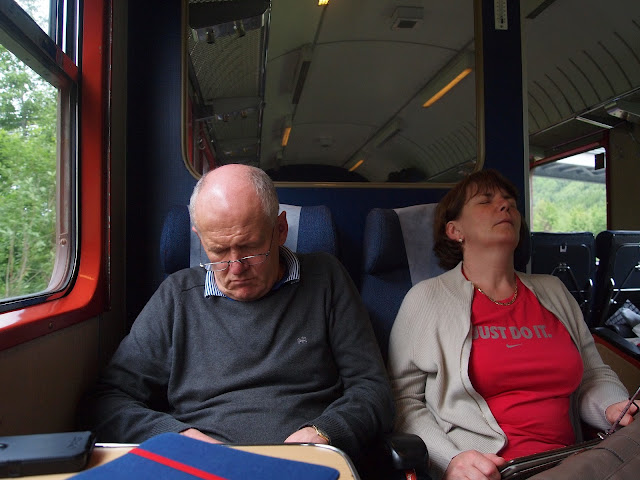