Once again I headed out at 07.30 for my early morning walk. I took the same path down to the canyon but carried on further than yesterday. As I crossed the second bridge I was greeted with a cacophony of sound. I was being serenaded. What a nice start to the day, the others miss so much by sleeping in.


Leaving Safranbolu, we decided it would be a pity to visit the Black Sea Region and not see the sea. So we set off for Amasra. The drive was beautiful, the road wound its way through wooded mountains, so of course we had to have a photostop. 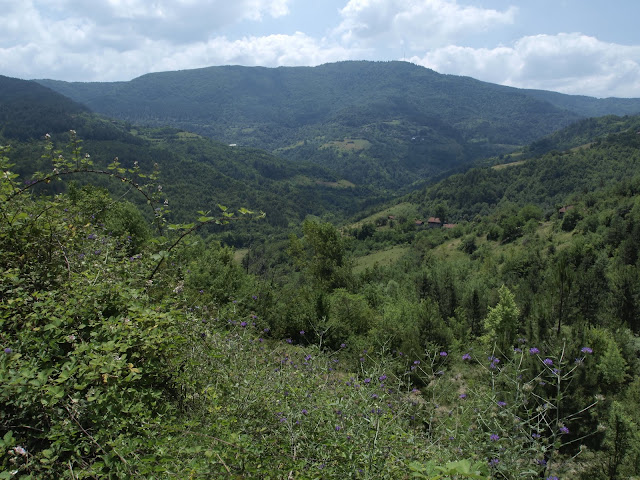 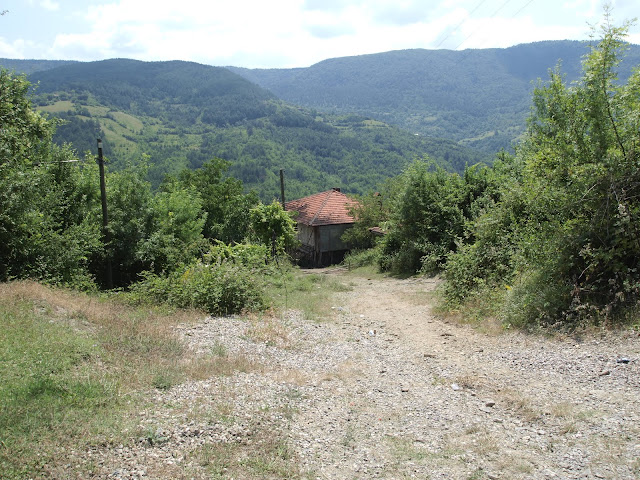 On ariving in Bartin we decided to follow the brown sign to Imkumu. The brown signs usually denote areas of historical interest. Again, we made our way up and down mountains. There was no place to pull in for photos, but suddenly a bay opened up in front of us, we had arrived. It was a beautiful long sandy beach, very much a family resort. Instead of a prevalence of sunbeds and parasols, people were sitting on carpets. The women were dressed in bikinis and bhurkinis, they were swimming in full dress and in swimsuits. 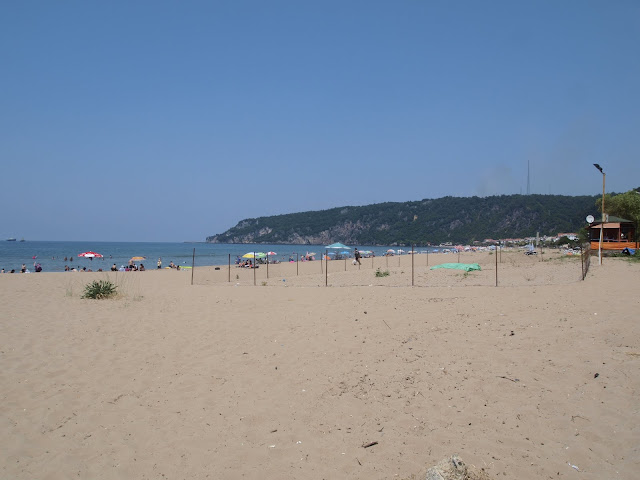 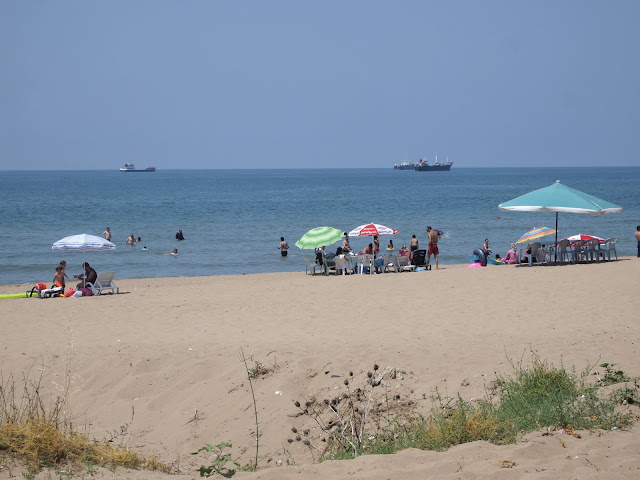 We dipped our feet in and had a walk along the beach. Hubbie was hiding from the sun as usual. It hates him with a vengence. If he as much as shows his nose it is burned in two minutes flat. As for using sun cream, no way! It's slawmy messy stuff. It's much better to hide. 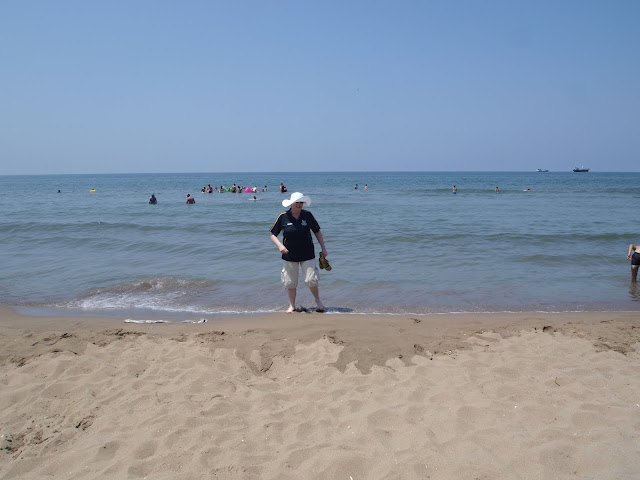 After the walk we joined Sean for an ice-cream and a coffee and decided we better head on our way. Amasra is supposed to be beautiful, with an old castle. If Imkumu is anything to go by we are in for a treat. Once more we went up and down and up and down mountains. Some of the hairpins are not for the faint hearted. I've been planning to go to Norway next summer but these roads are really putting me off the idea. 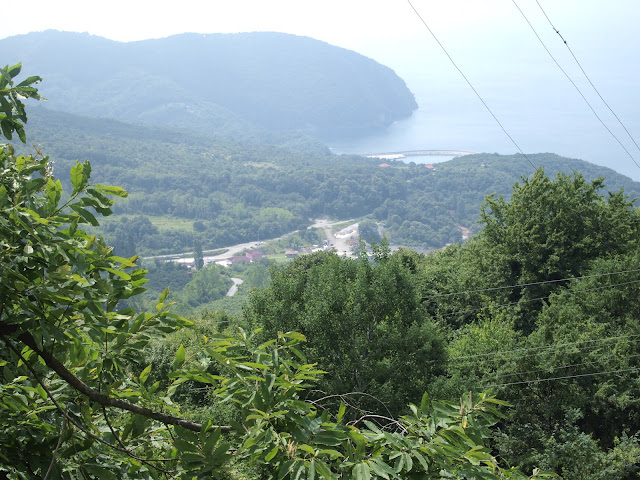 We arrived in Amasra. I wanted to turn the car around and head back for Imkumu. There was very little beach and what little there was was covered in sunbeds, so there was no beach to be seen. It was crowded hot and noisy and we still had to find a hotel. We asked at tourist information, to be told everywhere was very busy and we'd be lucky to find three rooms.

We set out to look ourselves and Metin managed to find a hotel with three rooms though there was a good deal of discussion about the type of rooms and whether there should be double or single beds. I heard the main receptionist tell her colleague that European couples always want single beds. I just wanted any bed. We were hot and sticky. 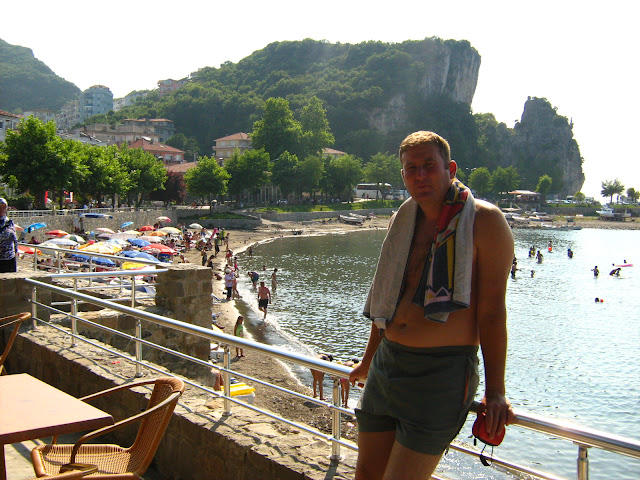 We decided to go for a swim. The beach wasn't five minutes from the hotel. We opted to go to the smaller beach, it wasn't as crowded. It was man-made. The sand was black and coarse. 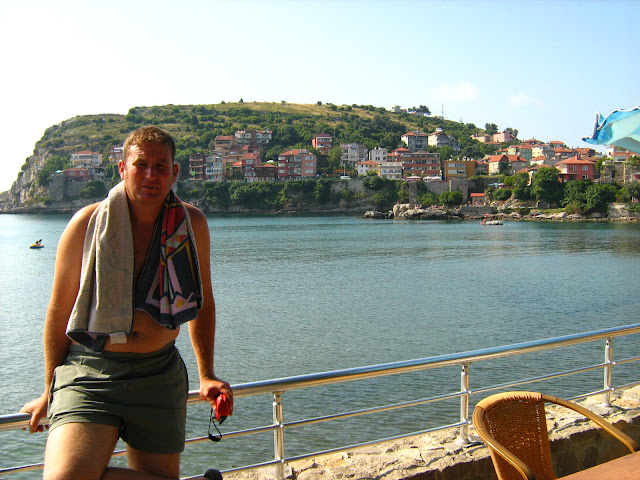 There was rubbish everywhere including in the sea. However, we still decided to swim. The sea was full of baby jellyfish. I was not a happy camper. 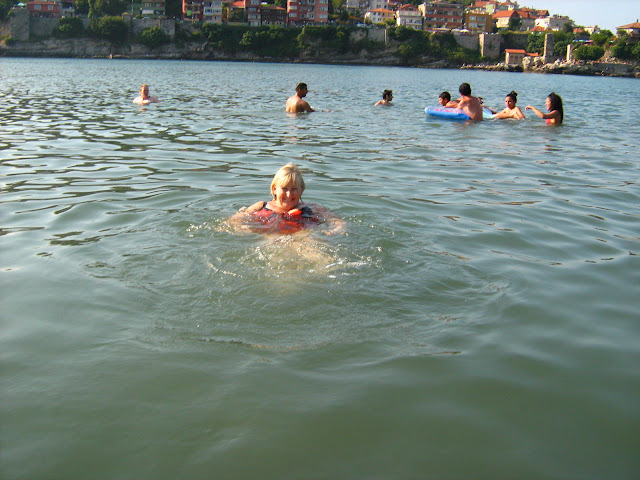 Later that evening, we decided to go to the Canli balik restaurant. 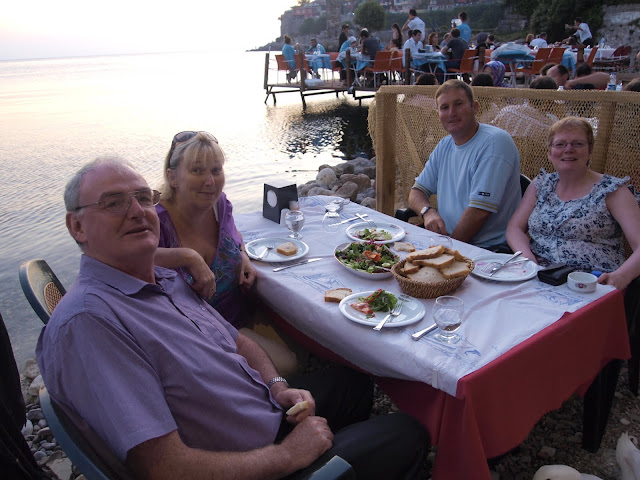 It had been recommended by several people. We all had fish, Hubbie had bream, Metin and Breda sea bass and I had whitebait. The salad was beautifully presented. 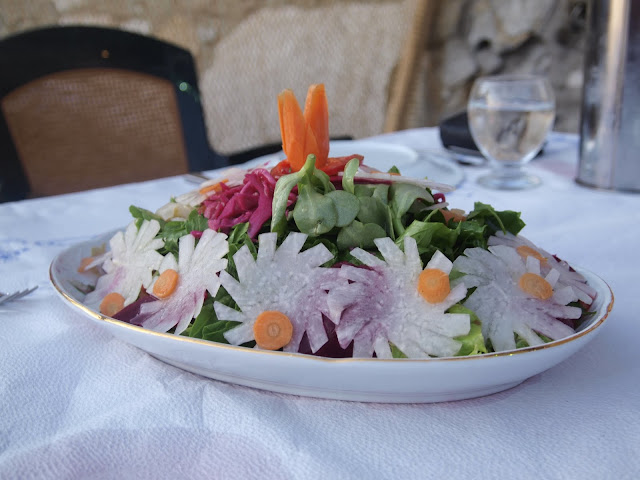 The setting was beautiful, we were beside the sea, we just had to ignore the empty bottles in the water. Ducks sat beside us, waiting for some tidbits and of course they got them. 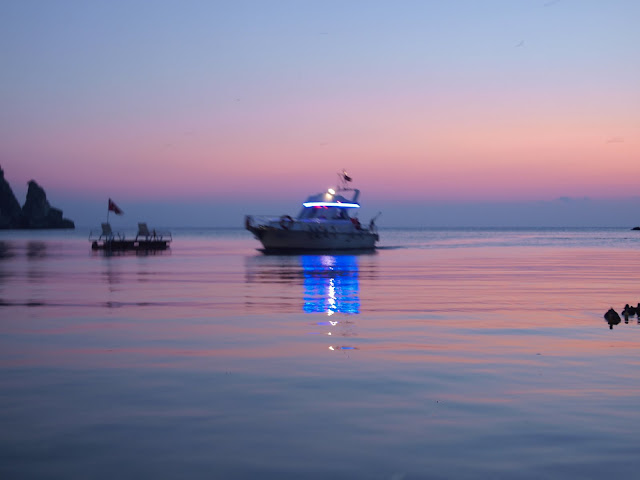 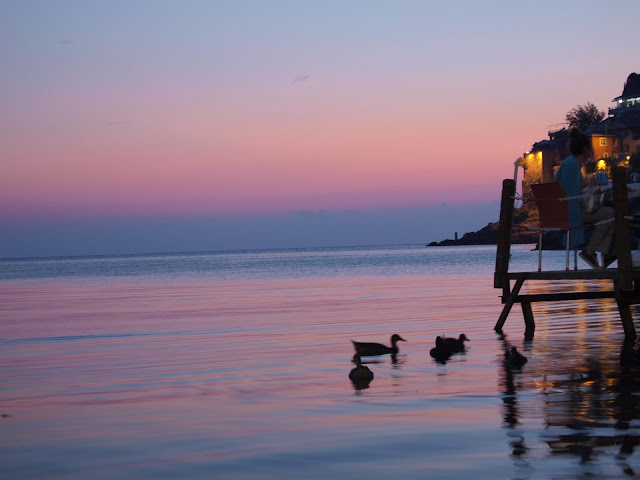 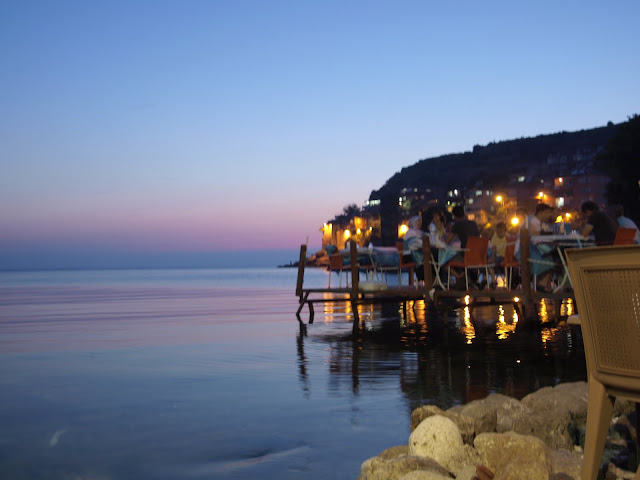 We rounded off the evening with a wander through the town, we passed the castle walls and I promised myself another photographic tour early in the morning before breakfast. Metin planS to join me, Hubbie and Sis-in-Law plan to sleep. 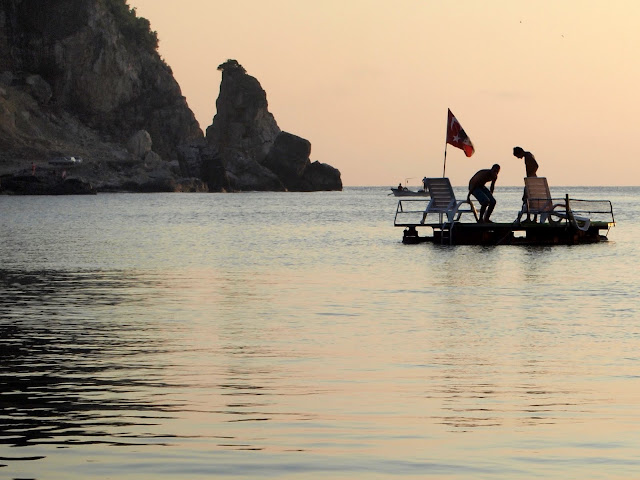 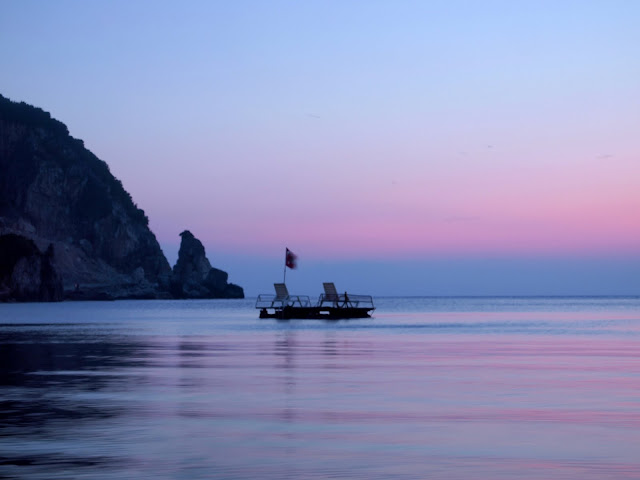