Wednesday was my perfect day. Metin works part-time in what he calls the Limon bahcesi (Lemon garden)  or sometimes he calls it the Istanbul garden because the owners are from İstanbul. It is about 10 minutes walk from our site. He invited me to come and sit in their garden as the owners were away and they have no objection if İ come with him . It is a natural garden and runs down to the sea. 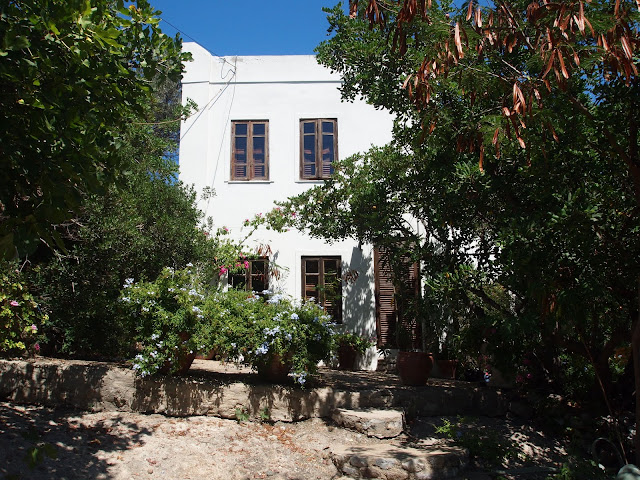 The real reason he invited me is that he knows English Gent is driving me mad. He sits beside me at the pool everyday and rattles on. Now İ can talk for İreland but this guy takes the biscuit. He is dying of loneliness since his wife died and doesn't know what to do with himself. He rushed into business with a Turkish guy and has encountered many problems on a steep learning curve. As a result he is the authority on all things Turkish and none of it is good. İ have been his life coach for the summer and crave some breathing space. 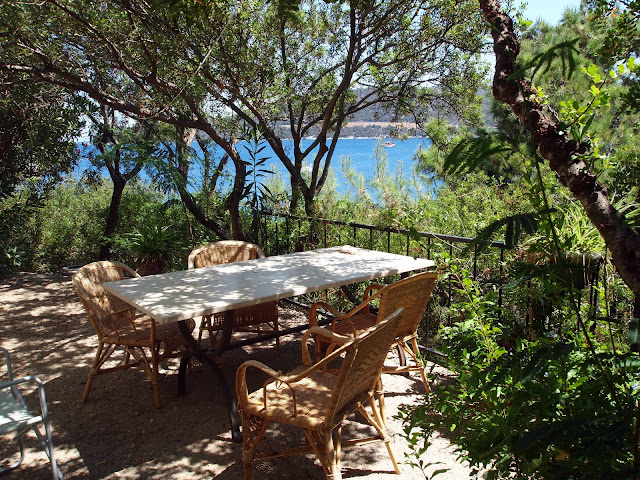 I was recovering from the news from home. Our beautiful 15 year old cat died on Monday. I can't begin to describe how that makes me feel. It is probably a blessing for her as she had been ill The Grand Old Lady with the Colgate Smile  and Steamed Cat but I will miss her plonking herself on my keyboard and demanding attention. The thought of another poolside session was just too much so I jumped at the offer.


There are several stray cats on the property and part of Metin's job is to feed them. When I arrived there was two beauties eating and Metin was sitting at a table reading the paper. I can see this is an onerous job!! I joined him but was soon startled by a strange bang, bang noise. I looked around and was told not to worry it was two tortoises making whoppee. I had to investigate, this was a first for me and boy, was it noisy!
We then went to the lower garden. Metin had placed a chaise longue in the shade for me right in front of a deck in the sea. He read the paper and then set to work. He is building a small stone jetty out to the deck. He was diving for rocks and then rolling them into the shore and gradually building up the existing pier.

While Metin was working I had a wander around the garden.There was an abundance of fruit trees, pomegranate, lemon , orange, mandarin, figs and then there were grapes climbing all over the second house in the garden.

If Metin ever leaves his job he has been offered a permanent home here but of course that will come at a price. In addition to the fruit trees mentioned, there are grapefruit trees. The grapefruit are unlike the ones İ know,  long in shape rather than round. Most of the fruits are not ripe at the moment and so are green.


We should not forget the flowers growing randomly in the garden. 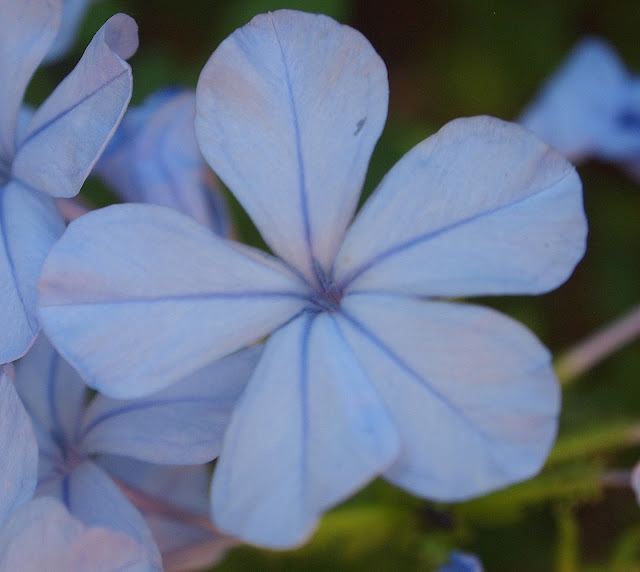 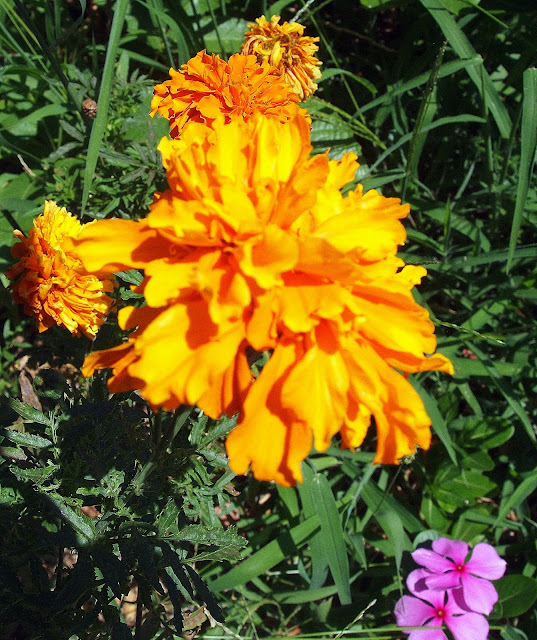 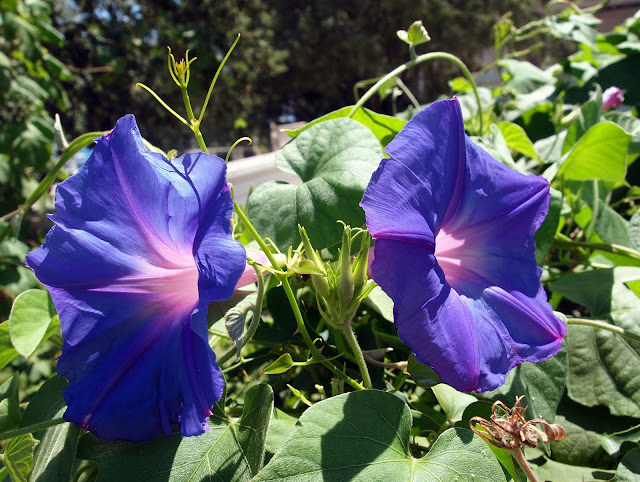 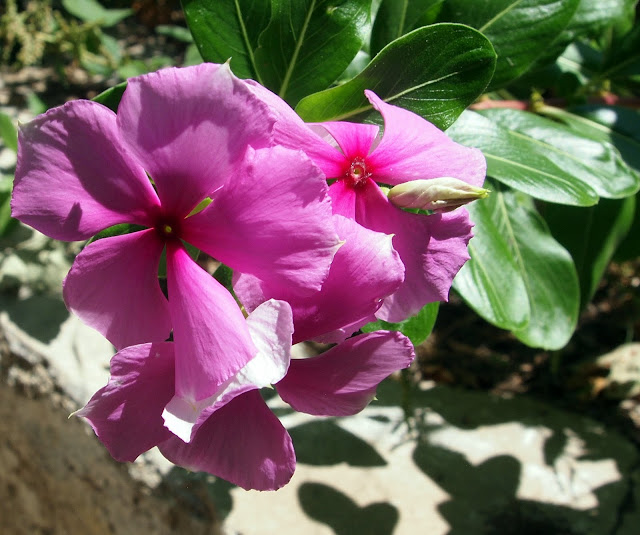 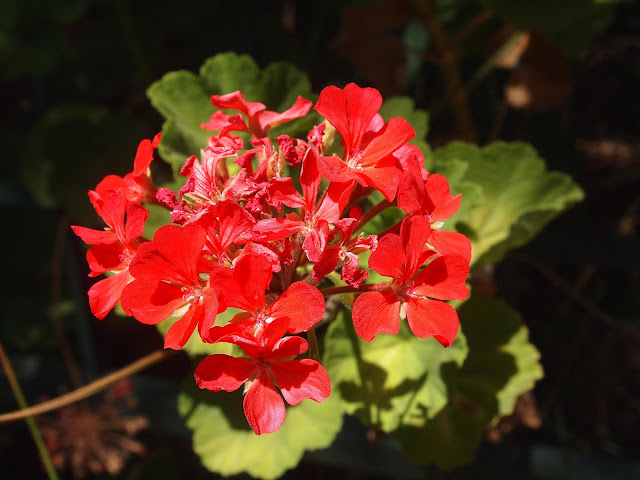 After my garden exploration it was definitely time to get wet. Metin continued to work while I dived in off the deck. Pure bliss. The water was crystal clear, I could see my toes. I had a good swim. There is a hotel nearby and I swam to their deck and turned round. The smell of lunch cooking on the hotel terrace made me hungry.

Metin was also feeling the hunger pangs so he hopped on his motorbike and bought kofte, meatballs served in bread with salad and the toasted like panini. This was followed with fresh figs and grapes from the garden. 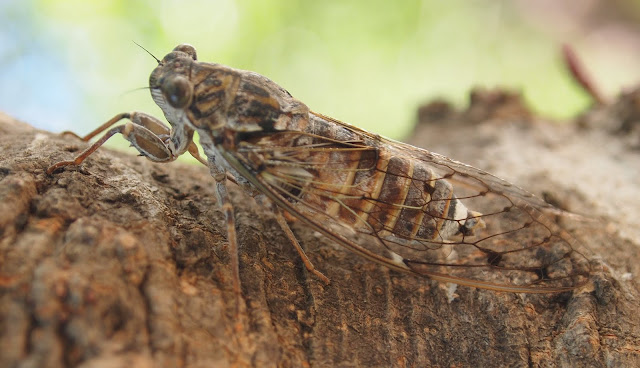 Metin went back to work and I was left in blissful silence....actually not true, the cicadas were kicking up a mighty racket, but compared to English Gent rehashing the same old complaints it was as good as blissful silence.


I spent the rest of the afternoon alternately reading and swimming and I might have even caught a few zzzzz's. Five o'clock and I headed home, tired but extremely relaxed. What a perfect way to spend the day.

Posted by Maryhocam at 8:35 AM