Having settled into our rooms in Değirmenci Konak, The Millers Mansion we didn't plan to see anything in particular. Instead we just decided to wander. Breda was definitely not dressed to go into the mosques so this would be left until tomorrow. The buildings were wonderful. 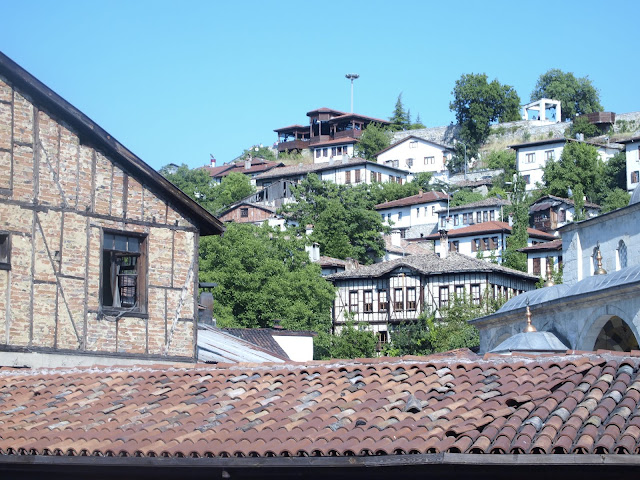 Because it is a touristic centre there were shopping opportunities everywhere. Hubbie never shops but spotted a shirt he loved for €7 so amazingly decided to purchase. Unfortunately it was not in his size. It was too big. 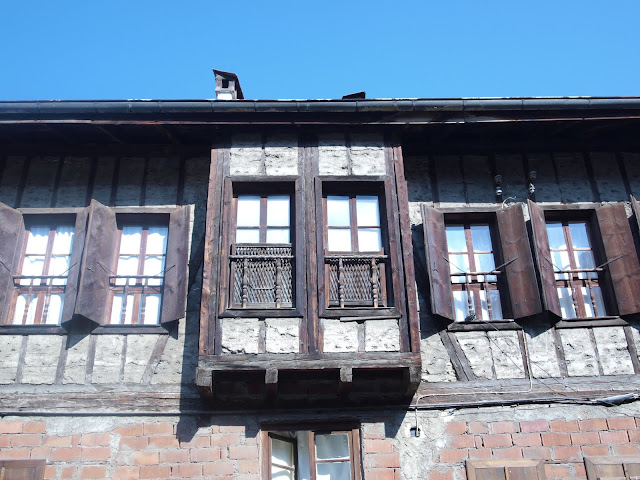 We spent the afternoon wandering. 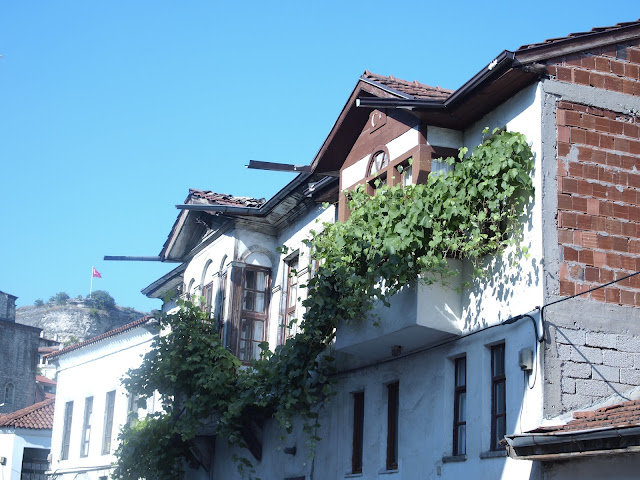 We had some interesting conversations. 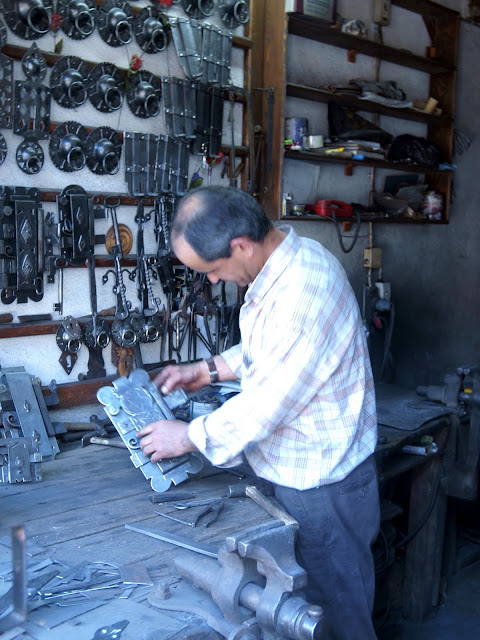 One with a tin smith. He had a great range of door knobs and locks for big garden gates. 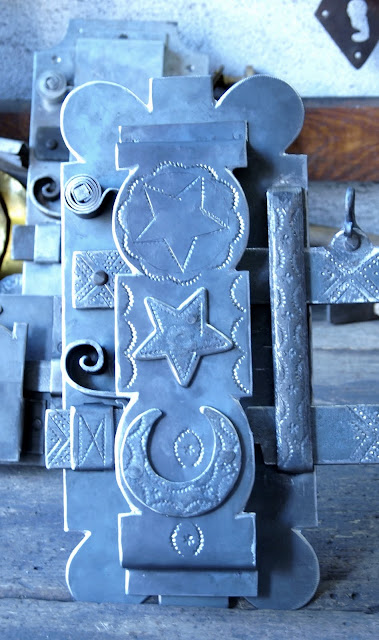 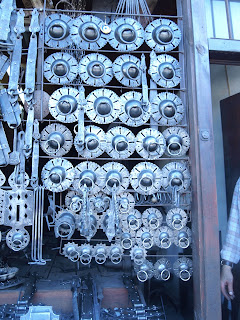 I'm constantly amazed at the cost of hand crafts here. They seem to be way under priced whereas at home they are way overpriced. There needs to be a middle ground.

We passed a wedding couple. Here they wear two dresses, a red one before the ceremony and the traditional white dress for the actual ceremony. So this couple are not yet married. They were happy to pose when they spotted the camera. 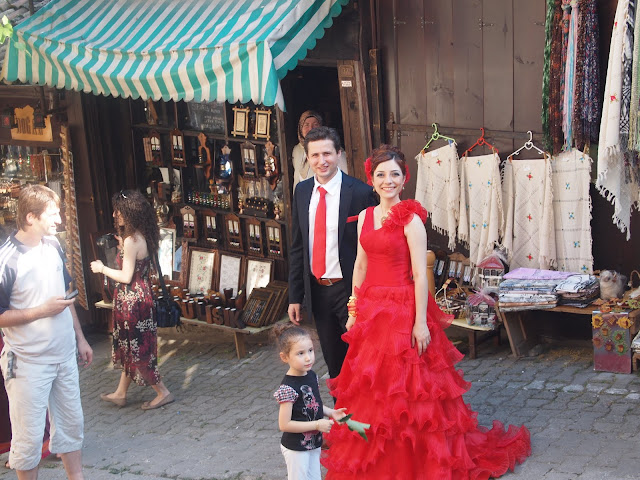 Coming up one of the streets we met the film crew again. We are going to be famous.  They are following us! I must find out for whom were they filming. 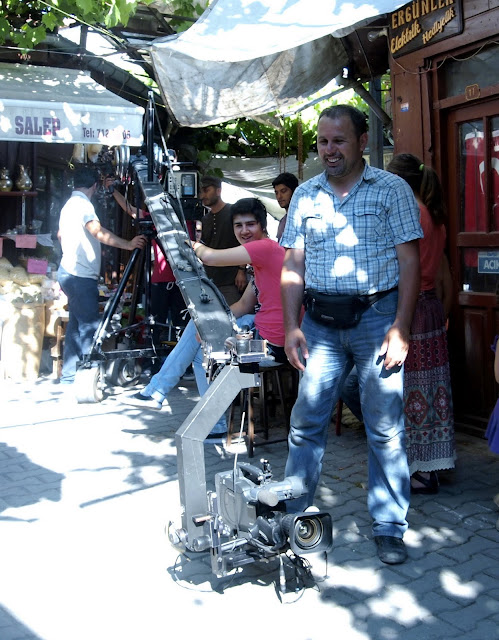 We returned to the hotel, hot and tired. We planned to have showers and a lie down. Our host Servet recommended a restaurant to us. They would send a car to collect us so that removed the stress of having to find our way.

We spent another while talking to Servet. She is an interesting warm hearted woman, proud of her town and delights in promoting its wonders. She is the perfect hostess, she runs a very well organised boutique hotel, but enjoys more than anything to sit with her guests and chat.

She has an apartment in Istanbul and returns there regularly for three days at a time but does not like the life. It is possible that she doesn't know her neighbours there, unlike Safranbolu where she can pick up the phone to do her business as she knows and is known by all. She feels, as I do that in recent years while many areas of our lives have changed for the better, we have also lost some of the most important things in life such as neighbourliness, looking after our elderly etc.

She bought this Konak with her husband and slowly restored it to it's former glory. They raided all the family houses to furnish it in keeping with the period. In 2007 it won  the Preservation Honour Award for the best restored house. While the konak itself is beautiful it is the welcoming smile that would bring me back to stay here time and time again. 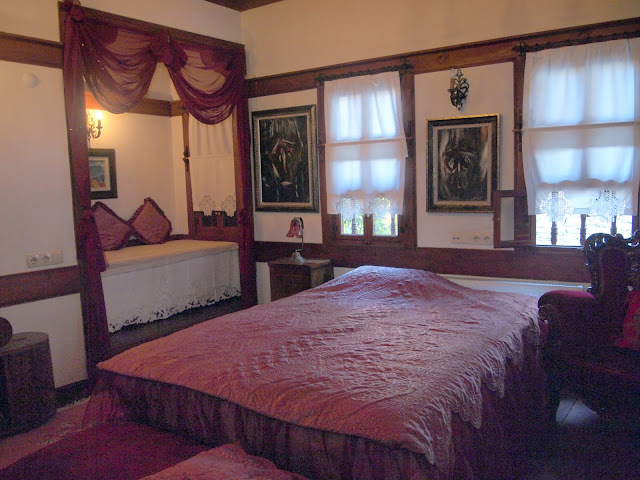 Servet now runs the Konak herself. She had lost her husband in 9/11 in America. She has become accustomed to living on her own but everytime there is a new documentary to celebrate the anniversary of  that day she relives the horror again.

Been having camera frustrations so please forgive the photos. I'm back to the manual this week. İ thought I had learned about using the histogram but when tried to correct that, other problems arose. skies overexposed, colour tones wrong. Got some right but a good few for the bin. Need those camera classes soon.
Posted by Maryhocam at 1:13 PM

Email ThisBlogThis!Share to TwitterShare to FacebookShare to Pinterest
Labels: P