A night out at Safran Konak.

After our wander around town,  we came back to Degirmenci Konak to have a shower and freshen up. Servet had arranged a car to pick us up and bring us to Safran Konak for a meal. After the earlier shenanigans over the driving, this seemed like the best option. No worries about directions, handbrakes, gear changes and the strong smell of rubber.

At 20.15 a car arrived.  This time I managed to stay out of the front passenger seat and was able to breathe comfortably. We were welcomed and seated in the garden. There was an old konak in the garden, in the process of being renovated. It will be a hotel in nine months time. They will have to work fast as there appeared like a lot of work to be done. 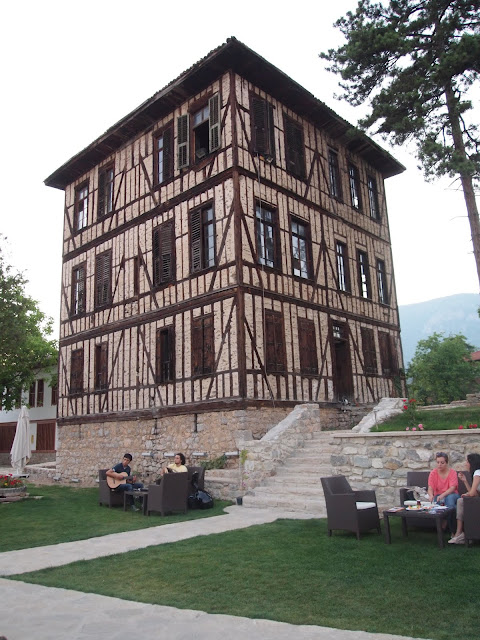 The evenings are deliciously cool here and I was almost regretting not having a cardi with me. However there were pashminas for everyone who wanted them. They thought of everything. As we ordered, two musicians played for the guests. Would there be an enormous bill at the end of the evening? 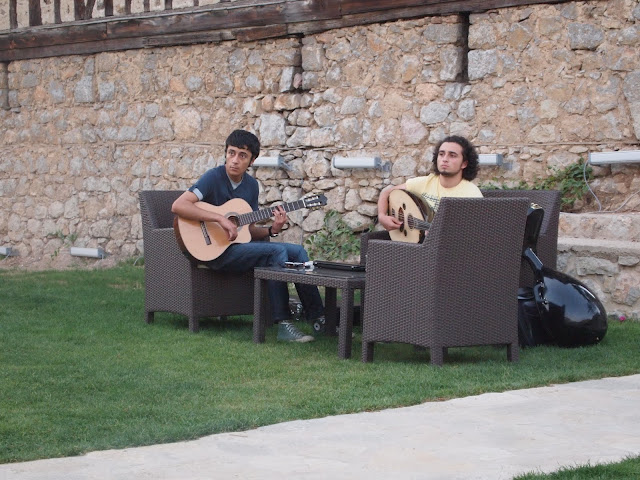 We had a bit of fun with the waiter. He spoke English but I gave him the order in Turkish. As we had had a very late lunch we  only ordered a main course. However they brought us delicious bread fresh from the oven, with butter and honey. They also brought us a couple of mezes to go with it. Mmmm.......how am I ever going to shift the pounds this holiday. 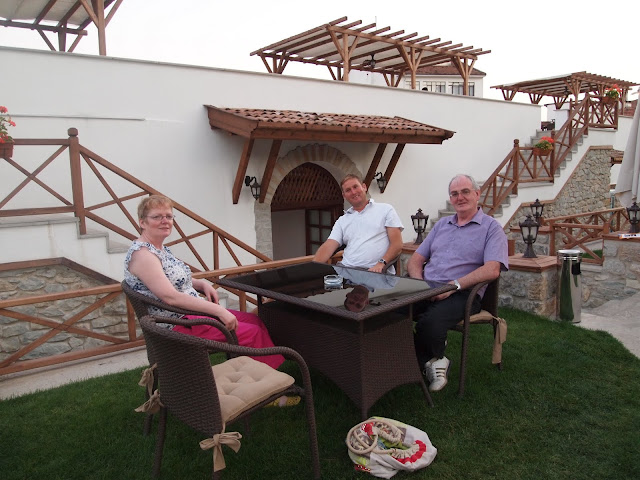 Sis-in-Law and Metin had chicken shish, Hubbie had steak with mushrooms and I had the chicken saute. If the hotel turns out to be aything like the food, the owners are on a winner here. Metin hadn't wanted to come to dinner as he had had a large lunch but he cleaned his plate. He reckons he has never eaten as good a meal anywhere as his dinner here. He got a glare and a clip in the ear. How many times have I fed the man!!!   He quickly retracted and said it was as good as my cooking. Too late. He can go hungry from now on. Should have taken some pics of the food but it was gone before I could turn the camera  back on. 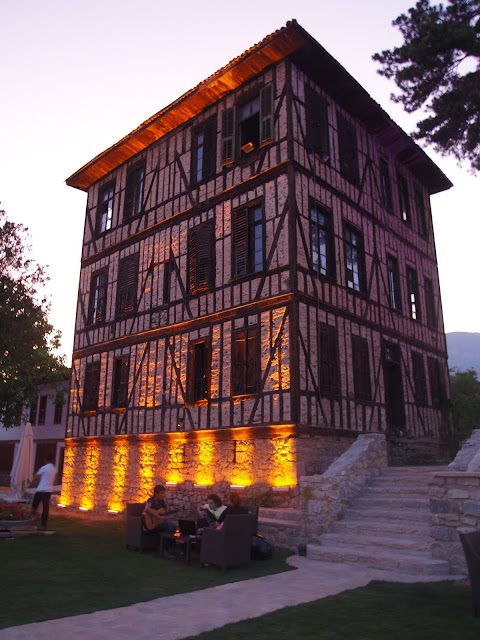 The night ended on a high point. We paid the bill, approximately €40. We would not get starters for this price in Ireland let alone the meal we had. This included minerals, water, tea and coffee. 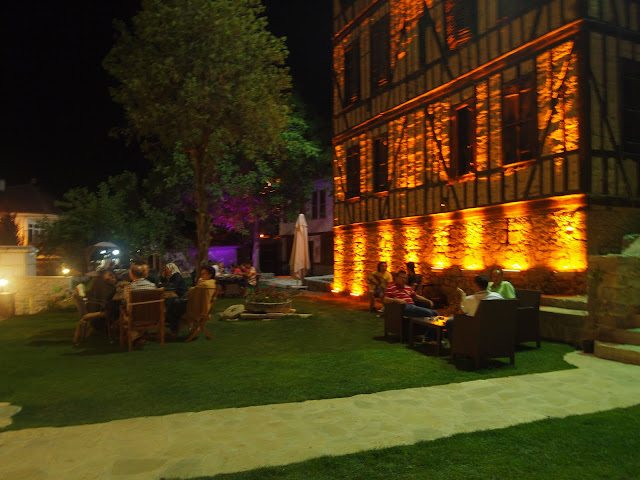 We stood up to go, when the owner came over to us and told us we were being driven back to our hotel.
It was a different car. It was an old Chevrolet, complete with bench seats, leather of course.  The best bit of all was it has been used for a wedding earlier in the day and the flowers were still on the bonnet. We told Metin we would take photos of himself and Sis-in-Law and post them on Facebook. However I took one of the three of them instead. 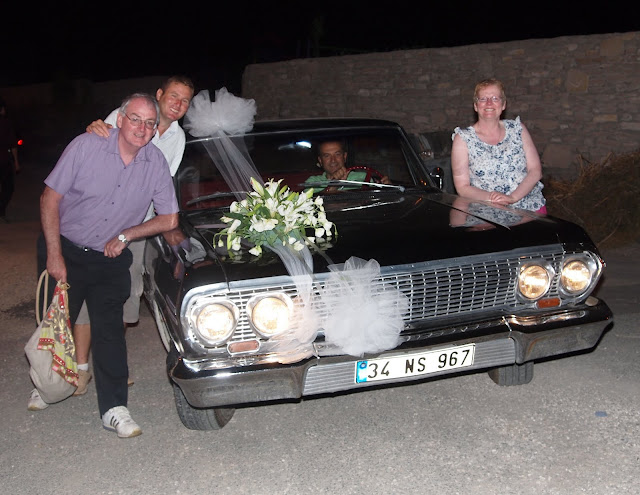 We drove back though town in the wedding car. What a hoot. The first day ended on a high note.
Posted by Maryhocam at 10:58 PM