House swap, A Suitcase and the Internet! 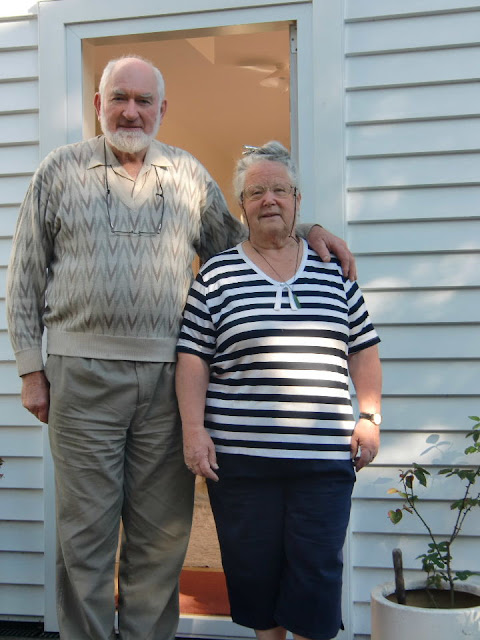 Saturday evening my first ever house exchangers Margaret and Dennis arrived. They had spent four and a half hours in Ephesus that morning and were happy to sit down and have a chat while I put the finishing touches to dinner.

Margaret and Dennis had come from Akaroa in New Zealand. Spring ıs beginning there but it was only a few weeks ago they were snowed in.

They have an apartment in Christchurch which is what they have on the home exchange website. The apartment is in central Christchurch and unfortunately has been damaged quite severely in the recent earthquakes.The first two quakes, last September and February, didn't do much damage but the last one in June had a more severe effect.
Repairs are underway and they hope to have the work finished before Christmas. The future is not as good for Christchurch Cathedral which has been very severely damaged.

I cannot see us visiting in the near future. Hubbie doesn't like long flights. We went to Thailand a few years ago and on returning I was warned that it was the last time we would travel that far. Add to the fact that the area is now in a major earthquake zone, Hubbie will be digging in the heels and staying firmly in his own back garden. I think it is our daughters that will be cashing in this "credit"

Margaret warned me that we better not leave it too long or she might be dead!

She wanted instructions on how things worked and I handed her a folder. Dennis took one look at it and started to laugh. "You're a school teacher aren't you?" he enquired. I nodded and he smiled. Margaret is a retired teacher and he recognised the similiar organisational tendencies.

It wouldn't be long before I destroyed my good impression! After spending a lovely evening together, I produced my mobile internet and we soon had it installed in Dennis' new netbook. They decided to head to bed as they were very tired. The summertime heat in Ephesus is intense. The heat beats down and is reflected back by the marble. There is very little shade.

I sat down to read my emails and do a little work. The time flew by and soon it was time to leave. Metin came to carry my bag out to the taxi and wave me off. I bet the taxi driver was wondering why I was wearing sunglasses at 02.30 in the morning. I had been wearing them since I got up. As always on my last day, saying goodbye to Gulsum, to Metin, to the house, and most of all to my relaxed life, the tears flowed.

We arrived in a fraction of the time it should have taken us to get to the airport. There was a blanket on the back seat  of the taxi and I had to root it out to fasten my seat belt. The driver wasn't too pleased as he spent five minutes straightening it out when we arrived. But at the speed he was driving and how he took corners, I was not going to take any chances.

Next came security check in. They scan the bags as you enter the airport.
In my case: A large pot of homemade strawberry jam
2 pots of hot pepper paste,
5 packets of Yufka pastry - similiar to filo pastry
Sundried tomatoes
thyme
meatball spices
spice mix for chicken.......

This list does not include antibiotics for a friend that can be bought over the counter, two months supply of  Nexium. This has been subscribed for me. In Ireland this costs €56 per pack of 28. The same costs €15 in Turkey. In addition the generic equivalent of Zovirax for cold sores is less than €2 for 10mg whereas Zovirax is €9+ for 2gr at home. One of these days I'm gong to be accused of drug running!

My case sailed through, but then I was asked to empty the contents of my handbag. All I can say is it was an education for the security man. I keep everything including the kitchen sink in there. He gave up and I was waved on.

There were no problems at check-in my bag at 28.5kg, was 1.5kg under the generous 30kg allowance. It wasn't long before we boarded. I settled into my seat, put my hand into my pocket. Disaster. The mobile internet was in my pocket. Denis will no longer think I'm highly organised.

There was nothing I could do. I closed my eyes and slept until we reached Istanbul. Once there, I rang Metin, confessed my sin and  then headed for home and reality.
Posted by Maryhocam at 7:35 PM