The M&Ms Have Arrived!

This was a difficult August at home. Our dog, Piper, who was suffering from arthritis fell down the stairs and broke her leg. Because of her age and her arthritic condition the vet felt it would be more humane to put her to sleep. "The next time she fell, and fall she would, it could be a head injury," she said. 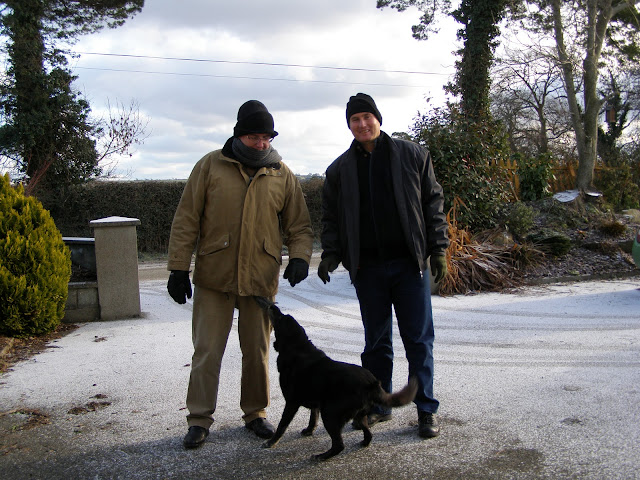 This was followed by our grand old lady Snuffy finally succumbing  to her illness and she passed away at the end of August. I'm ashamed to admit, I'm not really a dog person. But I am a cat lady. I was terribly upset when I heard the news about Snuffy, only days before I came home. It was more tears for Metin to deal with. He is from farming stock and has a much more prosaic attitude to animals.

I still miss Snuffy plonking herself on top of me or on top of the keyboard when I'm trying to type. It was worse because Hubbie was adamant that there were no more animals coming into the house. I do not remember a time in my life when we didn't have a cat. The girls are the same. My Mum joined us and she too could not remember never having a cat.

Hubbie was on a loser. I couldn't push the issue. Having an animal is a long term commitment. With my plans to travel after retirement, I couldn't say that having a new cat was a good plan. Logically, it is probably a very bad idea. But the idea of not being greeted by a purring feline after I come home from work (even if it is only cupboard love) was unthinkable.

All I needed to do was wait for Youngest Daughter to come home from Paris. Devious, I know! But in many ways she is just like me. I think it, she says it. She ventures were I fear to tread. Last weekend was her second weekend at home. Snuffy was her cat. She got her for her ninth birthday. Youngest Daughter pulled out all the stops.  No. 2 Daughter chimed in. Hubbie didn't have a chance. He caved. The girls were in the car and off to the vets, like a shot. The vet had two beautiful ginger kittens. But one was already spoken for. The girls said they would take the remaining one.

They took the phone number of another person who also had kittens.  This little one seemed lonely on his own. When the girls arrived home we decided he would be better if he had company. He will be on his own during the day. Once more the girls set off and brought home a tabby playmate for the ginger puss. She is a little older, eight weeks to his six. She appears enormous in comparison.


She is already filling the role of Big Sis. Both are extremely clean and used the litter tray from the time they arrived. Ginger is a typical boy who never puts down the toilet lid. He digs, does his business and leaves. Big Sis comes along behind and cleans up for him.

That only task  remaining was the naming  of them. The deal with Youngest Daughter was, if she persuaded Hubbie, she could name the kitties. In the end the three girls were involved and I had a veto. They went on a literary theme.  T.S. Eliot's "Old Possum's book of Practical Cats" was produced and Mungojerrie and Macavity were christened.

The M&Ms have arrived and the house has rocked with laughter all weekend.....Hubbie's loudest of all.
Posted by Maryhocam at 9:56 AM