This morning when I got up the sun was shining. October is imminent and the leaves are turning wonderful shades of red, orange and yellow. But surprisingly the temperatures were warmer than they have been since I came home from Turkey.

In an effort to hold winter at bay, I donned white linen trousers. I can't say that I suffer from Seasonal Affective Disorder but I always feel happier when the skies are blue. It doesn't matter if the weather is cold, as long as the sky is blue. I also like to wear bright colours. Even when I am wearing dark clothes there is usually a splash of colour somewhere, it may be the purple shoes or a bright orange t-shirt under the black jumper.

I headed for school. I was on yard duty today which meant no break for me, but the children as usual continued to brighten my day. Two seven year old girls approached me to tell me that one of the boys in their class would not talk to them. One of the girls had broken up with him because she "was too likkle to be kissin' boys." He was heartbroken.

The day passed. Another teacher was recording the weather with her class. This is part of our project with schools in Spain, Poland Turkey and England. She was so excited when she saw the temperature was 18.9C. She said she was definitely recording that as 19C. Two minutes later she looked at the weather station receiver again to see it had dropped to 16C again. Was it a figment of her imagination? No, the children had witnessed it too. We have been recording temperatures of 14-16C as has the school in Manchester in England with the other schools recording mid twenties to low thirties. We want to swop weather with the school in Seville while they would love our cooler temperatures. It has been a long hot summer for them.

The weather was so nice that once the dinner was prepared and on I headed out into the garden with the camera. Time to refresh the mind on the aperture setting. I also decided to play with the art filter.

The following photos show that in spite of the encroaching autumn, summer is not yet gone from the garden and my desire for brightness and colour is still being appeased. 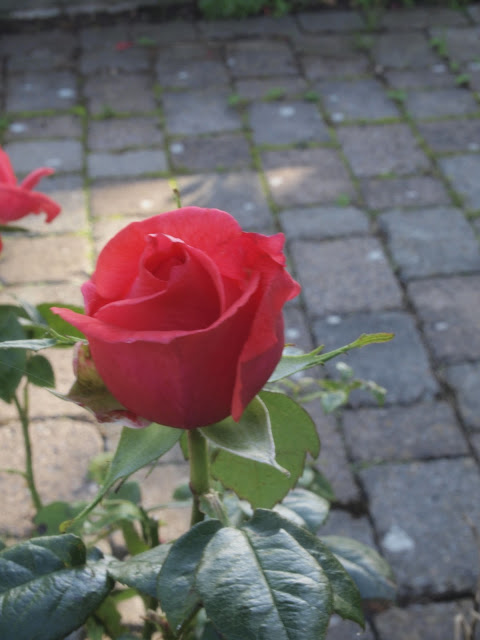 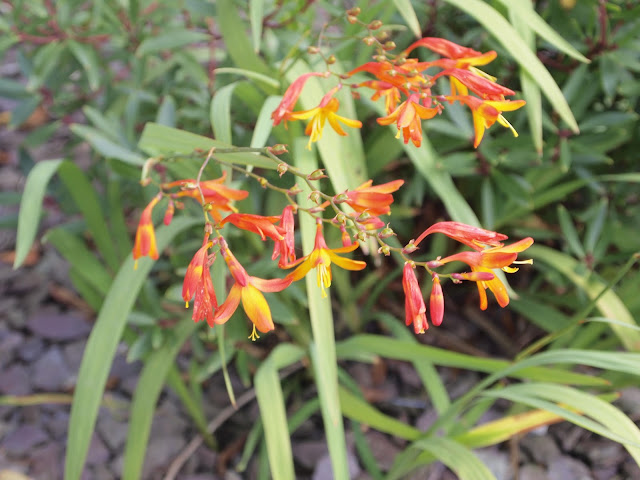 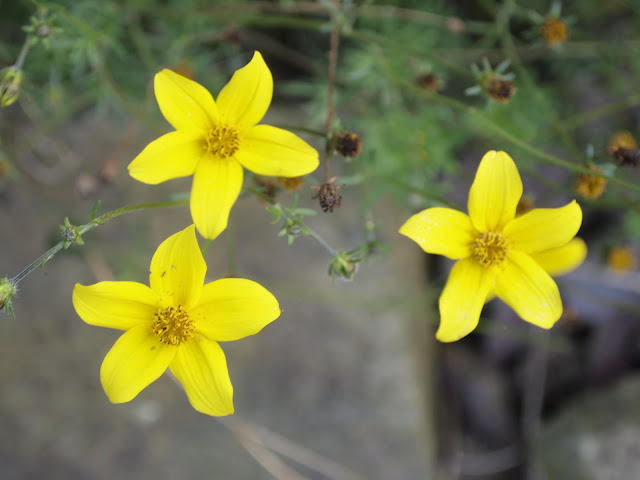 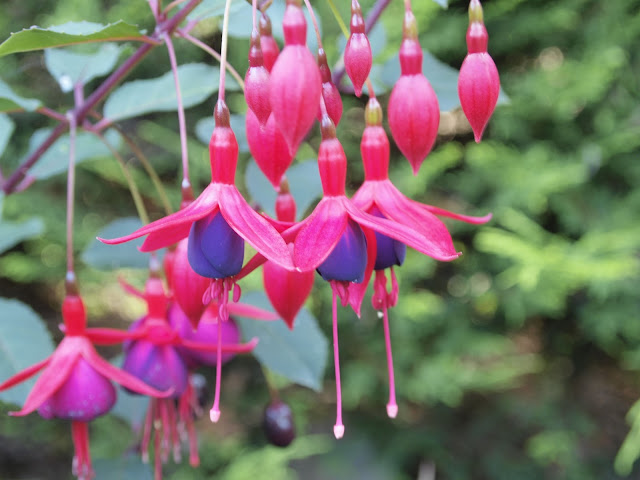 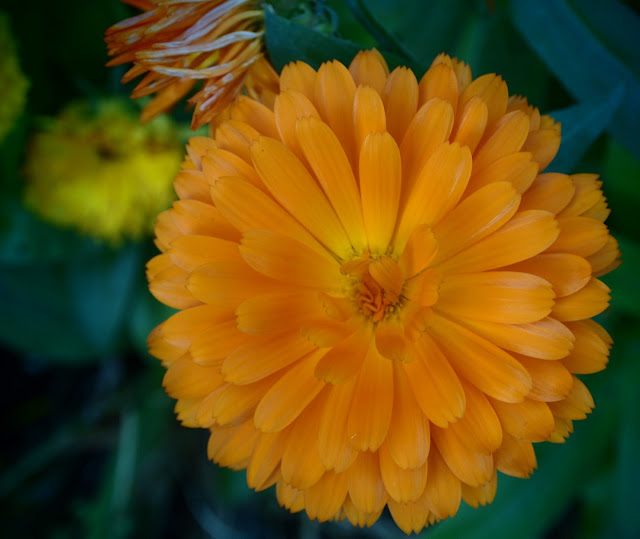 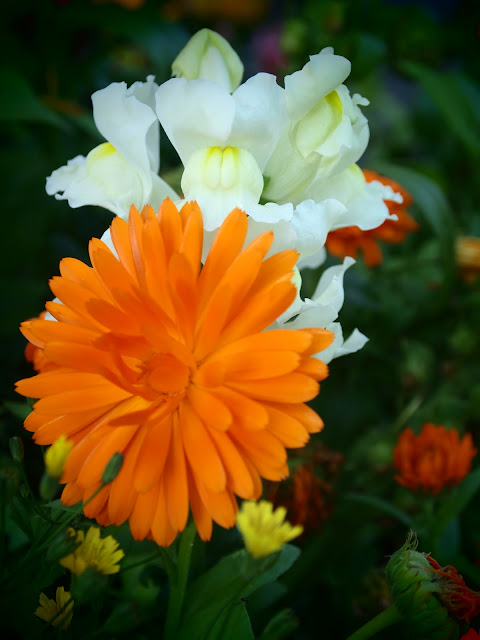 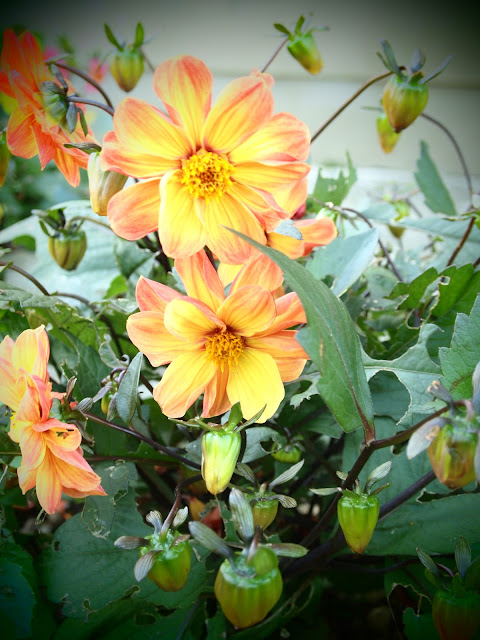 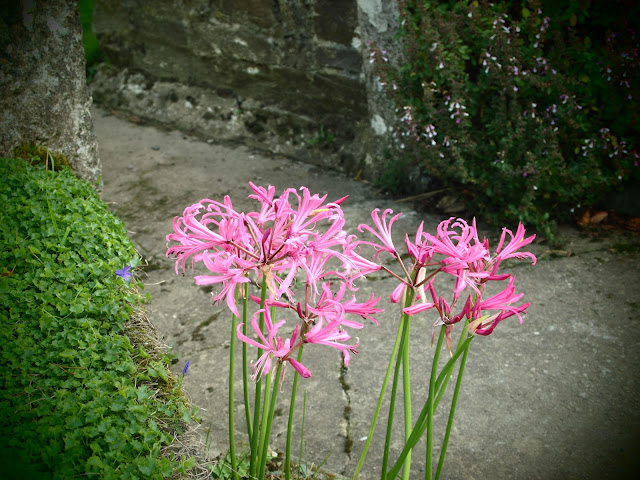 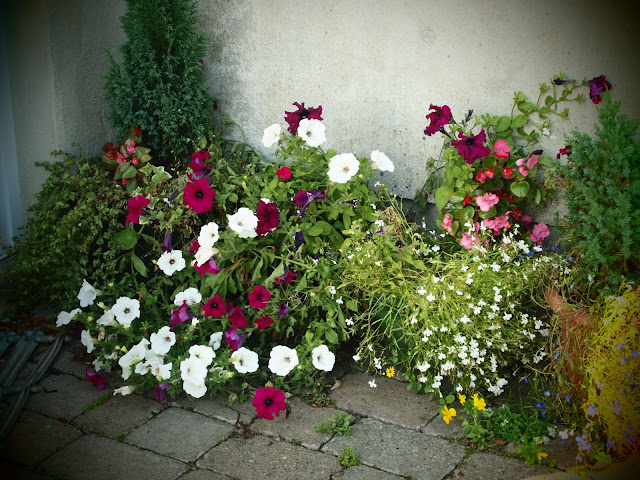 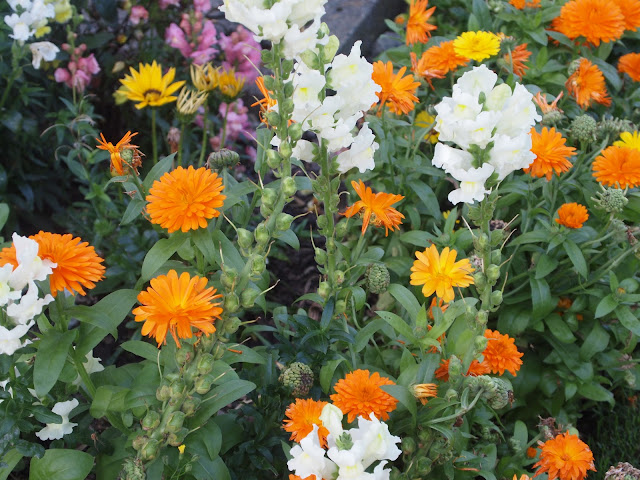 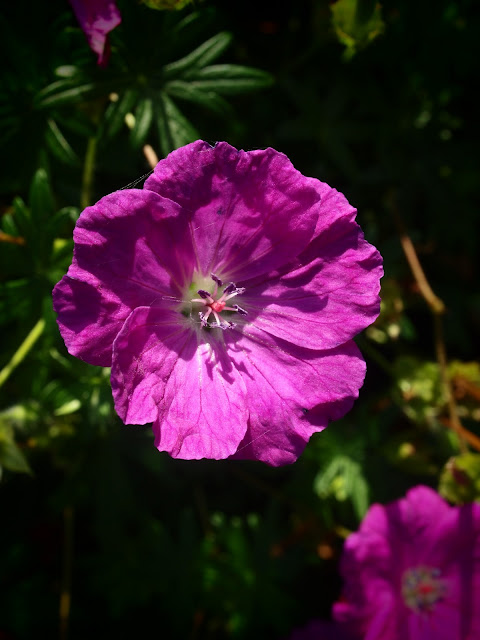 Note to self: before I get down on my knees to take a close up of flowers, remember to change white linen trousers if it rained the previous day!
Posted by Maryhocam at 11:11 PM