Well I promised a post about me taking up yoga. Yoga is not something I ever thought I would do but I'm always game to try anything once.

I looked at some of the photos we took in Safranbolu and I nearly died of the shock. That large, large, lady couldn't be me. It was definitely time to do something. So I hit the pool. I started with swimming for 45 minutes twice a day. I like to lie down to exercise.

My neighbour also left me under no illusions about my weight gain. After the barbecue party, Deserted Wife approached me at the pool. She told me how shocked she was at how much weight I had put on this year. I should stop eating desserts - as I told you earlier I had been given the job on making desserts for thirty people for the barbecue as a punishment, so I pulled out all the stops. Telling Deserted Wife I only made desserts for parties was to no avail. I was told I needed to keep exercising  and stop eating until I looked like her. English Gent, sitting beside me as usual, nearly choked on his lemonade. He muttered under his breadth that she must have no mirrors in her house. One word, cellulite!!

In the meantime, Ankara Lady told me she had begun to go to yoga three times a week and invited me to join her.

I had visions of having to stand on my head, twist my legs up behind me ears, chanting ooommm. 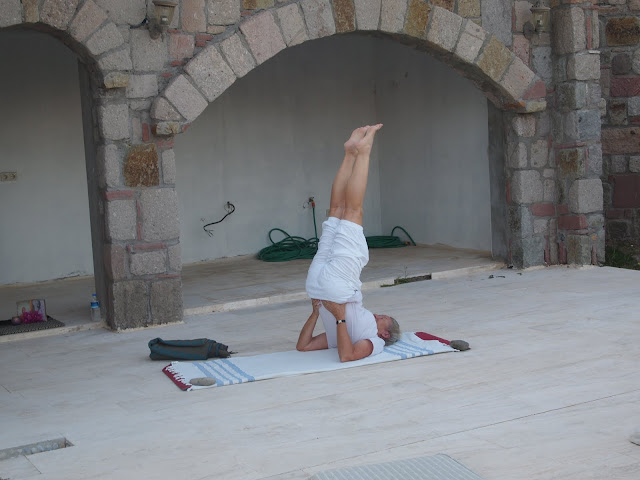 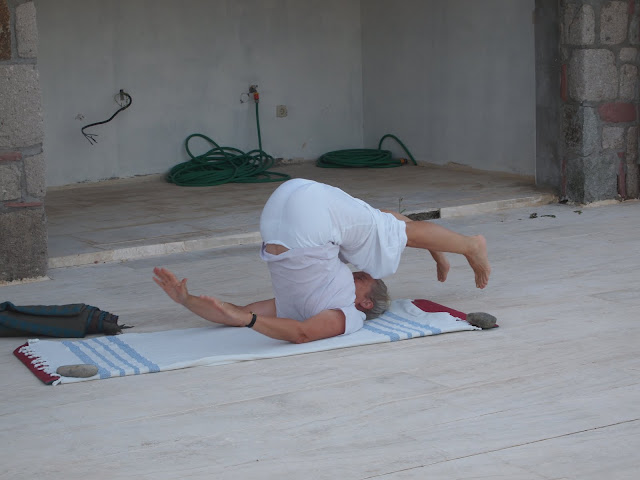 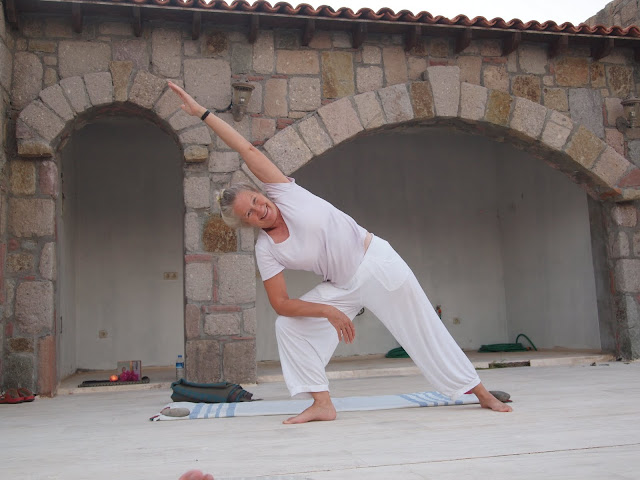 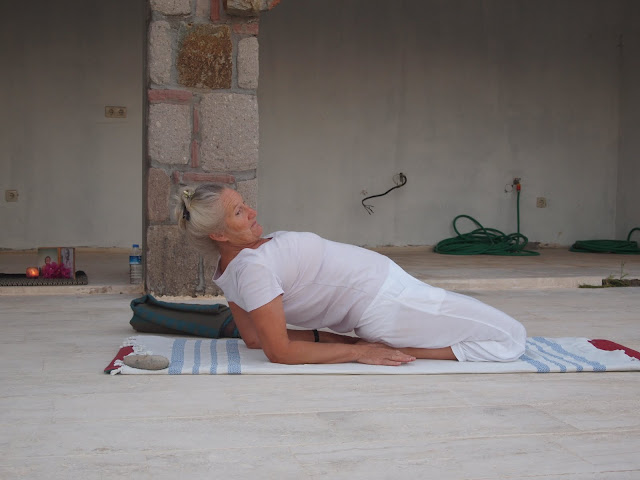 As I said I'll try anything once. So the following Sunday I set off and we met Liz our yoga teacher. She doesn't give classes as such but is happy to show a group of friends what's what. The setting was beautiful. Class was beside the pool.

The first part of the lesson was easy.  All I had to do was listen as Liz explained her yoga background. This was easy. I could manage this. Class started off gently. There were just four of us. It was Hatha Yoga based on stretching and breathing. Funny how we had to be reminded to breathe! 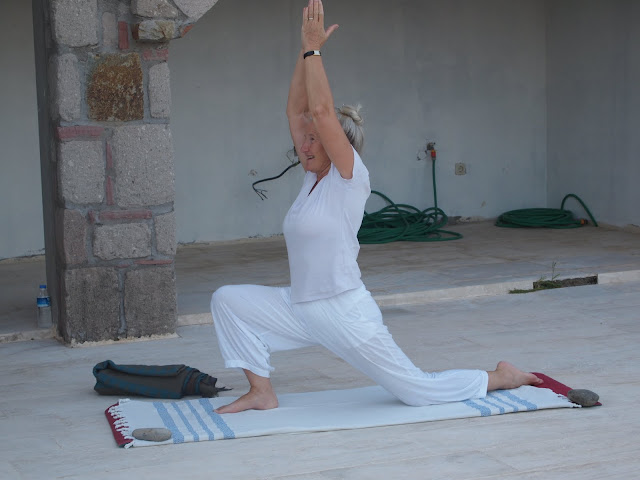 I really enjoyed the classes. They provided some funny moments, like when I was told to drop my chin to my chest and then breathe. Had she not taken a proper look at me? This was easy peasy for the others but I was in danger of smothering! 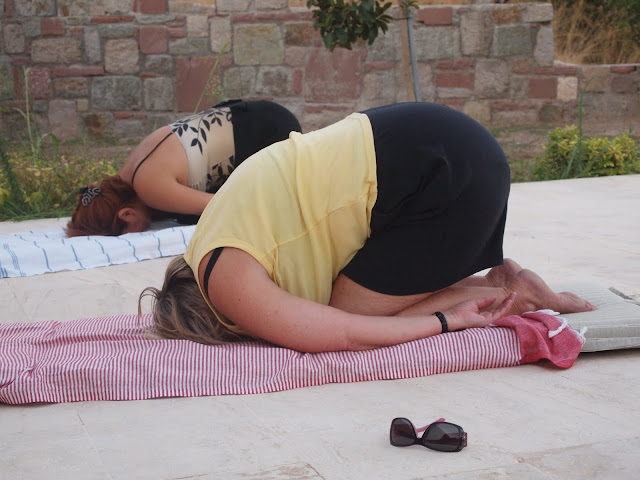 I could stretch but could I balance? No wonder I keep having accidents and falling over. I have no balance. The exercises had me scurrying to the nearest wall for support. And as for trying to balance sitting down holding my feet out at an angle. That gave arise to some hilarious moments.

I learned the following at Yoga class:
Best of all, five weeks and some swimming sessions thrown in, I'm down a dress size. Only two more sizes to go. Deserted Wife now allows me one spoon of dessert!
Posted by Maryhocam at 10:45 PM