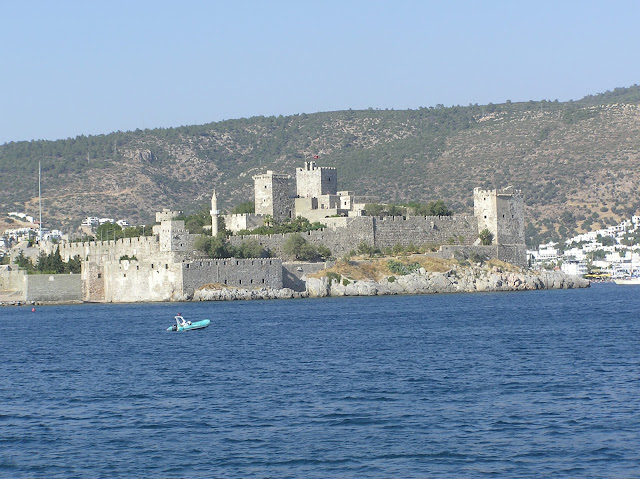 The Castle of St. Peter is probably Bodrums most famous landmark. It was built in the 15th century by the Knights of St. John as a bastion against the rising power of the Ottomans. It is in excellent condition and now houses the Underwater Archeology Museum.


Many of the stones used in it's construction were taken from the nearby tomb of King Mausolus  353B.C. one of the  Seven Wonders of the Ancient World. This tomb was destroyed by earthquake in medieval times. Many coats of arms decorate the walls. The towers are named after the countries that paid for their construction e.g. English Tower, the German Tower French German and Italian towers.

Posted by Maryhocam at 6:06 PM