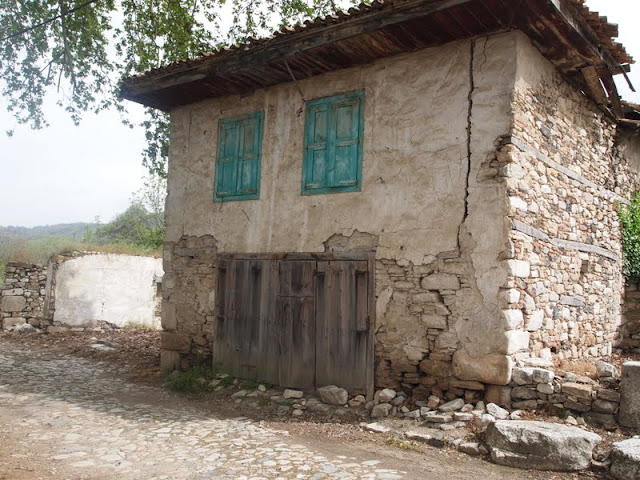 Leaving Kavaklıdere, we set out on the road for home. We had another couple of stops planned. The first one, Stratonikeia, lies shortly after the power plant as you leave Yatağan for Milas. It is located at the old village of Eskişehir.

The town was established in the 3rd century B.C. when King Seleukos 1 gave his wife, Stratoniki, to his son Antiochus. Antiochus changed the name of the city and called it after his wife, his former stepmother Stratoniki. It was a city of some importance and was linked by a Sacred Road to Lagina.  It maintained its importance during the Roman era and was dependent on Aphrodisias during the Byzantine period.

Not much is known how the city fared during the Turkish period but it continued to be settled during the 14th and 15th centuries. Many agas (landowners) remained here in the late Ottoman Period. Stratonikeia is one of those rare place where you can see buildings from the ancient times right through to the present.

Therefore there are buildings from many diffferent eras to be seen. Though the village of Eskişehir has moved to another location due to coal mining, there are still a few families living among the ruins.

One old lady, spotting my old ladies, came over to talk to them. I had gone in search of a loo. On my return I was quickly summoned to interpret for them.
She is living on her own, and life is difficult. She came to the village over fifty years ago when she was little more than a child to get married. She has back problems, and her ankles are swollen. She had little money for medicine. I have asked my friends about social welfare in Turkey. If I understand correctly, if you have nothing the state provides but if you own a house or a small bit of land it is very difficult to get help.

She was delighted to talk to us. She asked if I would return when the figs and the grapes were ripe, we would sit and drink tea. My Mum and herself exchanged warm hugs as they left. I think my Mum was feeling" There, but for the grace of God, go I."
Posted by Maryhocam at 1:21 AM